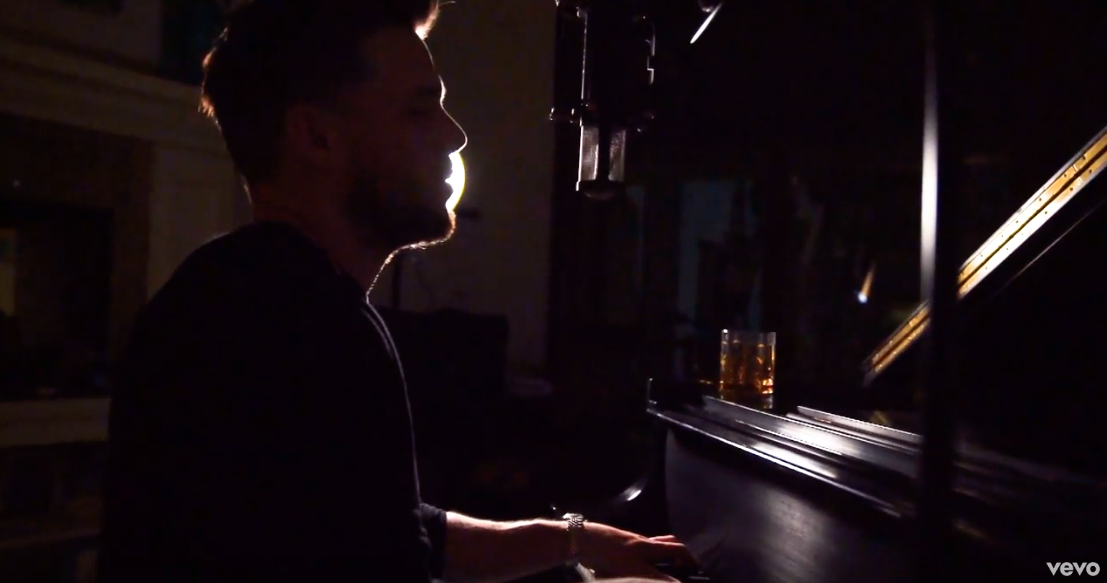 With a dynamic voice and effortless cool, JOHN.k invites listeners to experience an eternal summer all year-round. The Florida native quietly cemented himself as an artist to watch and in 2017, Elvis Duran handpicked the independent rising star as his “Artist of the Month.” Not only did he land features from Nylon, Billboard, Huffington Post, and more, but he also staked out coveted real estate on top Spotify playlists such as New Music Friday. Within two years, he independently amassed upwards of 50 million streams and charted a bona fide hit in the form of “OT.” Signed to Epic Records in 2019, he now brings the sunshine to soul on the if we never met EP. Now the singer gets up close and personal with an intimate version of his single “if we never met”. 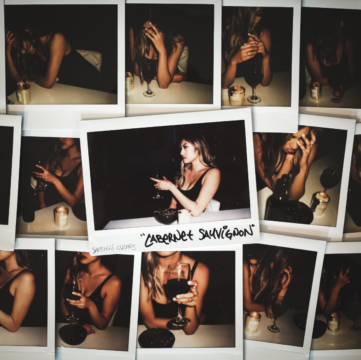 Like wine, all things get better with time. But time itself waits for no one. It’s our responsibility to shape the present in preparation for the future, and it’s also our responsibility to enjoy it while it lasts. That’s the story behind the Samurai Champs latest single “Cabernet Sauvignon”. The group says “Enjoy the moment while it’s in front of you. Don’t always focus on the negatives because you can learn so much from any relationship, whether or not you know it’s going to end. Life and love are how you choose to perceive them. A bottle of wine is a good trigger to interesting and intimate conversations”. 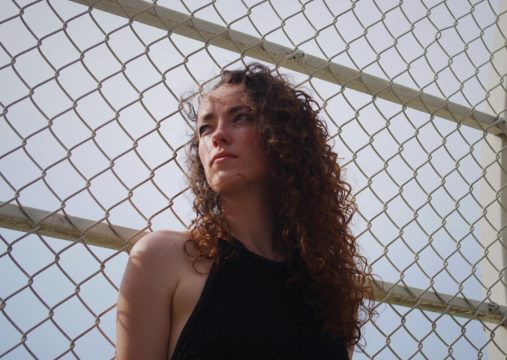 Brooklyn-based queer-folk singer-songwriter and virtuosa, Kailey Prior has released her latest single, “Assume”. The upbeat folk-rock track was written by Kailey and produced/mastered by Tom Gardner and Joe Lambert, with various instrumentalists adding their energies to the mix. “Assume” gives the finger to anyone who’s ever taken advantage of you, made narrow judgments about you, or has otherwise treated you unfairly. The lyrics take a cheeky turn on an age-old saying: “To assume makes an ass out of you and me // Well, you’re an ass, and me–I’m gone.” Kailey’s enchanting vocals (especially her signature yodel) float through an explosively invigorating harmony of strings and percussion featuring Aya Kato (bass), Tallie Gabriel (cello), Max Maples (drums), and Kailey herself (guitar). This anthem of empowerment is a testament to both Kailey’s diverse musical talent and her love of making music with others. Kailey Prior’s lilting melodies and buttery yodels illuminate her intimate lyrics, leaving hearts warm and heartstrings thoroughly tugged. She has been singing since she could talk, and her natural ability has led her throughout her life to participate in choral music and musical theater,
and to learn a variety of instruments.

To date, she can play a total of 20, and her diverse musical experience is mirrored in the intricacies and unique character of her music. For Kailey, her voice and poetry are a means to connect with and articulate her experiences as a queer woman, and as a human. The debut of “Assume” teases great things for Kailey as she prepares to unveil her debut EP, We’re Okay, later this year. Along with “Assume”, Kailey’s previous singles and other original music are available on Soundcloud and Spotify 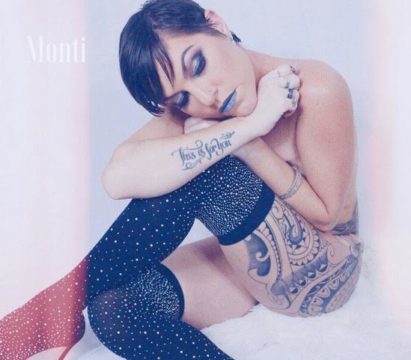 Monti is the brainchild of Los Angeles based singer-songwriter Lauren Silva “Monti”.  Monti’s music empowers the next generation with thought provoking lyrics about overcoming a life of hardships. Born into an abusive broken home filled with drugs and alcoholism, Monti was a runaway who dodged foster care systems living off and on the streets, escaping a life of gangs, mental hospitals, group homes, and drug and alcohol abuse.  Her turbulent past is brilliantly conveyed in her debut two singles; moody synth and electro pop songs produced and co-written by Josh Stevens (LMFAO, Calvin Harris, The Game).

Cowards Castle reflects upon Monti’s own experience with a co-dependent relationship and the devastating effect it had on her. “As the relationship kept getting more and more unbalanced I realized my partner had started to build a castle around his emotions, and wore his cowardly crown proudly as he allowed his fears to push me and love further and further away metaphorically speaking.” confides Monti.  Sonically, Cowards Castle is a stunningly poignant pop song with haunting vocals, deep synths and indie electronic beats. Echo is an indie chant anthem of hope.  Featuring powerful keys and soulful vocals, Monti takes the listener on a journey ofself–discovery in discussing her own experiences of overcoming adversity of a troubled youth.  The harmonizing larger than life chorus features platinum producer/recording artist Josh Stevens and the Hope Generation’s youth choir singing a powerful message of not becoming a victim of one’s own circumstances.  Echo’s unique sound combines brooding electronics, heavy beats and bright guitars all brought together by Monti’s distinctive layered vocals.

Lauren Silva Monti has built a career in entertainment at an early age.  Landing her first record deal as a teenager, she has toured internationally sharing the stages with famed artists/acts including Marcia Ball, P.O.D. and L.F.O.  Her music has been featured on major cable TV networks including Oxygen and HBO and she has written alongside major artists on Sony and Universal.

Petra Glynt is the solo music project of multidisciplinary artist Alexandra Mackenzie. The project is a culmination of her experience as a trained singer, drummer, and music producer. Her interest in songwriting began during the Toronto and International Occupy Movement in 2012. In response, she composed five songs that comprised the Of This Land Ep, released in March 2013 with Healing Power Records. The release opened many doors for Glynt, playing hundreds of shows and festivals in her region for the next few years until releasing her self-produced debut album on October 27th, 2017 with 6-time Grammy nominated record producer Damian Taylor’s (Bjork, Austra, Arcade Fire) new digital label imprint Vibe Over Method. Closely following this release, Glynt was approached by Toronto independent label Pleasence and on September 7th, 2018, her self-produced sophomore album My Flag Is A Burning Rag Of Love was released. She is currently cooking up her third album from her Montreal studio and preparing to head out on her third tour of the USA in under a year this April 2019 with plans to return in August. She just released a cinematic new video for the track “New Growth”. The song is her response to the #MeToo movement and it’s been paired with an empowering visual. A version of a scene from David Lynch’s Wild At Heart, the music video emits love, passion, hope, and strength. 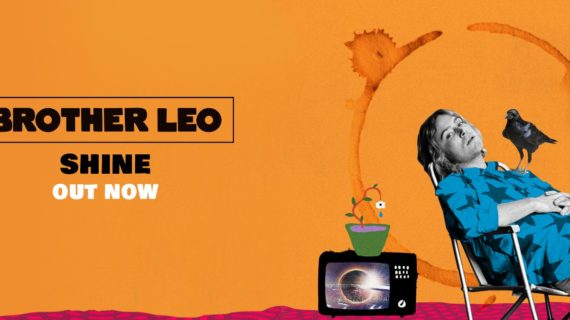 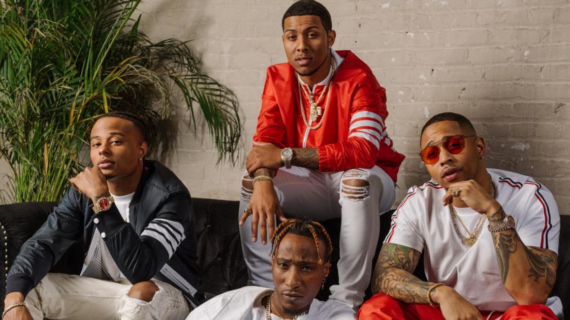