The global rising star that is Alex Sparrow is on a seemingly unstoppable trajectory of success and earth staggering talent. It’s a rare find in the entertainment business to see one individual not only engage in but conquer, a plethora of fields – actor, director, screenwriter, recording artist, musician, composer, producer, arranger. Alex’s credits are nothing short of mind-blowing.

Born in Russia and raised in the family of Austrian Baron Alexis von Gecmen-Waldek, Sparrow’s early training included Moscow Jazz College, followed by Moscow Art Theatre Studio School (MHAT). His dedication to his all-around craft saw him add ‘professional stuntman’ to his name through his study at Mosfilm Studios. Already a multi-instrumentalist and skilled in dancing in a myriad of styles, Alex was committed to further development and excellence in the film world. In his new home of L.A, he completed both Anthony Meindl’s Actor Workshop and studied at the Ivana Chubbuck Studio.

Truckloads of natural ability fostered with endless hard work certainly paid off. Amongst some of his most impressive mainstream achievements, Sparrow’s respective wins of “X-factor’, ‘Dancing with the Stars’, and twice Nickelodeon Kids Choice Awards as ‘Favourite Actor’ surely put him in a stand out category of his own. And if that wasn’t enough, his music video “She’s Crazy But She’s Mine” (written, performed, directed and starring Alex himself) quickly going viral across the globe, now boasts more then 980 million views on Facebook, and 237 million plus on YouTube.

Perhaps it’s this gifted Eastern European’s accomplishments in film that have earned him the most critical acclaim. A three-time ‘Best Score Award’ winner and several acting gongs, Alex composed the music for the European co-produced film “The House of Others”, a multiple award-winning post-war drama that was a Georgian Oscars and Golden Globe entry in 2017, also receiving the most prestigious US Spotlight Award and Satellite Award. Having over 30 Russian and European films under his belt, Alex also stars in the new third and fourth season of popular American series UNREAL on Lifetime Channel.

Just beginning to take his first steps on the way to his International career he got into an accident, leaving the left side of his body paralyzed. During a year and a half of rehabilitation, he had to work hard to get his life back and had to learn many things like singing from scratch again. While the doctors were saying that it’s very unlikely he would ever be able to continue with acting and show business, Alex was trying to find a new place behind the camera as a director and screenwriter. In 2013, the moment he was able to work again, he made his first short movie, called “DAD”- as screenwriter, director, editor, and composer, and gets with it numerous Awards on International Film Festivals. Alex has made it – today he is back on stage, proving the doctors wrong.

With that fierce imagination, anything-is-possible attitude and boundless capabilities to turn captivating ideas into reality on any medium, there’s no telling what Alex Sparrow will do next. 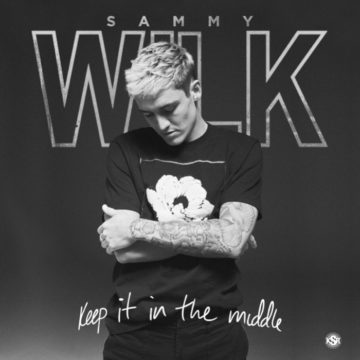 Los Angeles based singer/songwriter, Sammy Wilk, is pleased to release his new EP today, Keep It In The Middle. The five-track project is available at all DSPs via KSR Group.

Widening the scope of his sound, Sammy Wilk constructs a collection of songs that detail the highs and lows of relationships. Sound tracked by sparse trap beats, icy guitars, moody keyboards and a commanding sense for earworm melodies, the project features a genre-blurring sound that combines smoked-out R&B with Pop, Hip-Hop and Rock flourishes. Highlights include the vulnerable “Help Me” that shows off a new side of Wilk, detailing the emotional aftermath of the end of a relationship, and the catchy kiss-off anthem “Options.”Keep It In The Middleincludes production collaborations with the likes of SwanQ, Sean  Island, Josh X and  more. Find the full tracklisting below.

Of the project, Wilk says: “This EP is a reflection of real life situations and emotions. There are ups and downs in life,  but it is always important to keep your mind, body and soul in the middle.”

The five-track project is released off the heels of recent single “Lift Off,” who’s cinematic, Chris Velona-directed (Post Malone, James Blake) video recently surpassed one million views on YouTube. With a visual for “Help Me” set for release soon, the stage is set for Sammy Wilk to “Lift Off” in a huge way in 2019!

Keep It In The MiddleTracklisting:
1. Killer
2. Options
3. Lift Off
4. Help Me 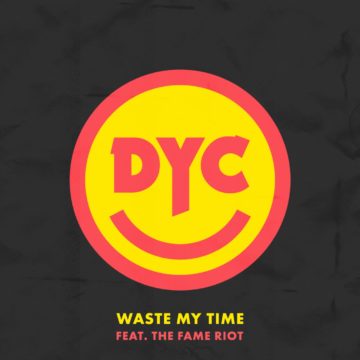 Dance Yourself Clean is an Indie-Pop dance party created by music lovers, for music lovers. What started as a small party in a tiny bar in Seattle in 2013 has since grown to a massive movement spanning the US from coast to coast and further. With a dedicated celebrity following, the nights are known for their playlists consisting of Glass Animals, LCD Soundsystem, Arcade Fire and more. In 2016 Dance Yourself Clean introduced their own record label Lights & Music Collective. They have been producing music for other artists, as well as their own projects and are now releasing music under their own name.

New single ‘Waste My Time’ (feat. The Fame Riot) details the relatable story of an expiring relationship and struggling to come to terms with it. They reveal, “The single is an expression of realizing you can’t be in love with that person forever, while admitting that you would if they let you.. Or even acknowledging that the only way you’ve loved this person for so long was that you were blinded by the power of your human emotions”.

Dance Yourself Clean continue to tour across the world, while simultaneously dropping new music under their label Lights & Music Collective. ‘Waste My Time’ is currently available worldwide. 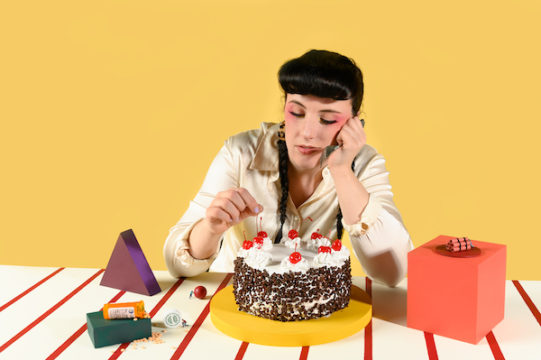 Sarah Jickling has released the video for her brand new single ’Saint’. ‘Saint’ is the first single from Sarah Jickling’s new album The Family Curse which is set for release on November 8th. On The Family Curse Sarah explores mental illness within families and intergenerational trauma, and documents her childhood experiences and revelations about her family’s history of bipolar disorder. The decision to write about such difficult subject matter was not an easy one for Sarah to make, and the vulnerability she feels in sharing her story is conveyed through her performance of aerial arts in the video for ’Saint’. 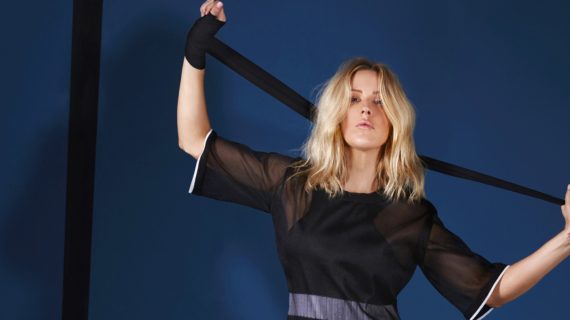 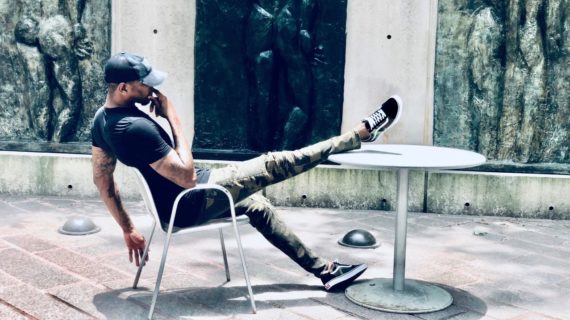