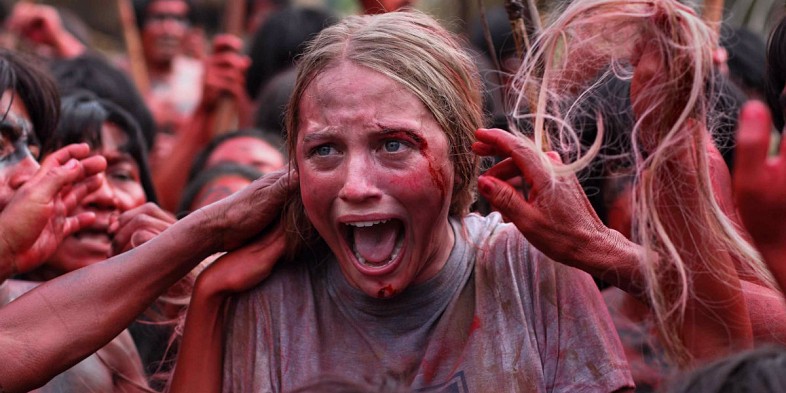 Fun fact: The little boy from Spy Kids is in this film, and he had a funny scene! That’s where the fun starts…..and stops. For those who don’t know, because lets face it the trailer showed you no plot at all. The Green Inferno is about a group of college activists who decide to save the rain forest and a local tribe from destruction. On their way back home their plane goes belly up, and crashes. The native villagers find them, tie them up, kill them, and eat them, although not necessarily in that order.

I want to start off by saying I’ve never seen an Eli Roth movie before, and based on people’s past reactions to them I was imagining the worst. I prepared myself all day getting mentally in shape for something I was sure was going to scar me, and to my surprise it wasn’t as horrific as people said it was going to be. The special effects were good and you really believed that these people are being pushed beyond their limits, although based on what I heard it wasn’t too hard to scare the cast. What really brought the film down for me was the story and the characters.

The film has a good chunk of the beginning dedicated to set up. We meet all these college kids, and boy are they stereotypical college students, while they talk about saving poor helpless people around the world. The latest demonstration has them traveling to South America to stop bulldozers, and all through these scenes I kept thinking “why are we not there yet? When are they going to kill these people?” because I didn’t care about anyone. The characters were so one dimensional, unsympathetic, and overall unlikable that you start rooting for the natives to eat them. In fact, after the first few deaths it almost felt like a comedy because have these gruesomely real looking scenes of people’s limbs being chopped off, and then they cut to this little girl carrying a leg with the biggest smile on her face. That wasn’t creepy, or horrifying. It totally ruined the mood they set up, and I couldn’t help think “You go girl, enjoy that leg.”

Another aspect of this film that I rolled my eyes at every time was the comedy. The comedy relief in this was so mind-numbing that a G-rated film aimed at four year olds and had numerous fart jokes would be more enjoyable than what they passed for comedy in this. In fact, in my theater people weren’t laughing at the jokes at all, they were actually laughing at times that were supposed to be serious. For instance, the jokes are so bad that they screwed up a fart joke. Now, whenever a film resorts to a fart joke I instantly think that they ran out of ideas. They’re used as an easy laugh, and in practically everything, but The Green Inferno took it a step further. While caged and waiting for their deaths, one of the girls says she feels sick, another complains about her, and then out of nowhere we hear this awful noise coming from the first girl. She then runs to a corner and unloads for a good ten to twenty seconds, heck maybe even longer. The cast is very convincing in shielding their noses and gasping for air while she does this, and sitting in the nice safe theater with no smells, I swear when she was doing this I felt like I was with those guys going “why is this happening?” Most of the comedy either fell flat, or was really uncomfortable. These actors are not comedians, and it just pulled me out of the film each time I had to experience a bad joke.

This film has numerous things to hate, or dislike, about it, but one thing I thought they did relatively successful was the suspense and buildup. Whenever a big scene comes on you could feel the tension rise and feel that these people were in danger, unfortunately the mood is ruined once you figure out that you’re not rooting for any of these characters to survive. Also, when we finally get to the village, the people who really shine are the cannibals. Unfortunately that’s really all I liked about it. The music, while minimal and used that way well, was forgettable and didn’t enhance or detract from the scenes. The actors were really bad, and nothing was fleshed out.

The most interesting part of this film is what happened before they started filming, because the people who portrayed the native inhabitants is an actual tribe that’s cut off from the world. When Eli Roth visited them he had to explain and teach them about film, before they could start anything. What really amazes me, is the fact that these people who have never heard of film, or acted in their lives, do a better job than the actual actors. When non-actors are doing a better job than your professional ones, and their presence on screen it incredible, then you know that this isn’t going to end well. If the DVDs/Blu-rays have special features on filming with this tribe, then I’d definitely want to pick it up, but ultimately this film was a disappointment and if anyone is interested in it I’d say wait till it streams or goes to rent. 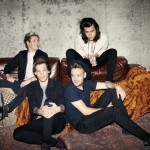 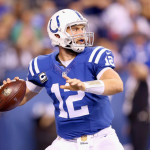