Why not the Carolina Panthers?

The Panthers have played these quarterbacks: Blake Bortles, Ryan Mallett, and that McCown from the Verizon Backup commercial. That list is actually worse than the three QBs the Cards have played. It’s nice that the Panthers have taken care of business but remember they were a diving interception away from losing against that Backup presented by Verizon. Now, if the Panthers beat the Buccaneers this week, and that’s not guaranteed, they’ll be 4-0 going into their bye week still feeling good. Then they come back facing this stretch in their schedule.

Panthers 4 Games After Bye Week: @Seattle, vs Eagles, vs Colts, vs Packers

Then there’s all the talk going on about Cam Newton not being old enough to get a roughing the passer call. I talk about that extensively on my own site, so check that out here. Or just listen.

Things change in the NFL so quickly, this all could change in three weeks. However, I think there’s enough to go on to say that baring injury, the Patriots, Packers, Broncos, Bengals, and the Falcons have complete control of their divisions and are already looking good going into the fourth week of the NFL season. 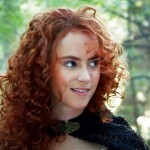 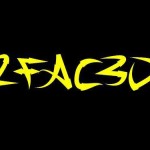