It’s October which means one thing, it’s time for horror  movies and Halloween prep. I have mentioned on here that I am not a huge fan of newer horror movies, but I do love older ones and in particular anything starring Vincent Price. Price is my all time favorite actor so in honor of him I am going to countdown his 10 best movies, and I will be reviewing most of them over the course of this month. As always I will have an honorable mention so be sure to check that out at the end.

Year – 1990
Most of us all know of Tim Burton‘s masterpiece that is Edward Scissorhands. We remember it as the movie that started the Depp and Burton duo that is still going on today. What I think of is Vincent Price of course. This was Price’s final live action role as he played The Inventor. Price invented Scissorhands and always meant to give him actual hands, but he ended up being killed before that could happen. Burton was a huge fan of Price so I am sure directing him in his last ever movie was something he couldn’t even dream of. 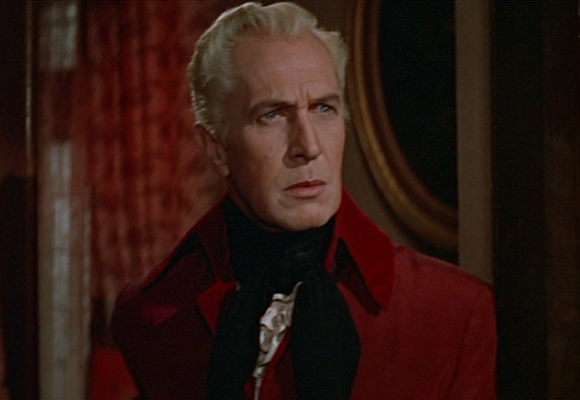 Year – 1960
This is the adaptation of my favorite short story, Edgar Allan Poe‘s The Fall Of The House Of Usher. The film revolves around Philip Winthrop who has come to the House Of Usher to meet his love and her brother. As he is there he learns of a disease that the family has and starts to worry about Madeline Usher‘s life. Price stars as Roderick Usher who has been driven mad by his disease. We watch as he slowly slips away and worries about his own life. This movie is directed by Roger Corman who has worked with Price on several occasions and has done several Poe movies.

8. Pit And The Pendulum

Year – 1961
Again we have another movie based off an Edgar Allan Poe short story. The Pit And The Pendulum takes the short story and adds even more suspense and mystery. Price takes the role of Nicholas Medina who is the son of a well-known inquisitor during The Spanish Inquisition. When Medina’s wife dies he tells her husband that she died from a mysterious illness. When her husband (John Kerr) comes to investigate he starts to learn the truth about her death. Price delivers another amazing performance as Medina as he shows the darkness of The Spanish Inquisition. This is again directed by Roger Corman, so mark that down as the second movie on the list to be directed by him.

Year – 1958
Now this a movie we all know from the 1986 remake starring Jeff Goldblum. But the original came out in 1958 starring Vincent Price. Price is the brother of scientist Andre Delambre when Delambre is killed in a factory accident his wife tries to explain what has occurred over the last couple months. Delambre has created a teleportation machine and when a fly enters the machine while he tests it things start to get weird.

6. The Masque Of The Red Death

Year – 1964
Here we have the third Poe short story to be made into a movie starring Vincent Price. The Masque Of The Red Death is a very short story by Poe, it is only about 5 pages long, but once again Roger Corman brings the short story to life. Price stars as Prince Prospero, a very dark, and very cruel prince. When the Red Death threatens his land the prince decides to throw a party to protect the upper class from the disease. Price shows the darkness of the prince and really plays off his death at the end incredibly well. Once again we have another Corman/Price film, so that is 3 on the list.

Year – 1982
I have to have this one in here even though it is not a full-length movie. Vincent is one of Tim Burton‘s very first major projects. Once again Burton shows his love for Vincent Price as this short is about young Vincent Malloy who dreams of being Vincent Price. Price narrates the short as he goes through his whole career as young Vincent fantasizes about being Price. Price himself has said ” (Vincent) was immortality – better than a star on Hollywood Boulevard.”

4. The Last Man On Earth

Year – 1964
The Last Man On Earth is based on the book I Am Legend. This book has been adapted three times, most recently with Will Smith’s I Am Legend. Price plays Dr. Robert Morgan, a scientist who is the last living man in a world full of zombie-like vampires. Morgan must try and find the cure for this disease, and follows the original and much better ending of the book (also seen as the original ending/alternate ending to Smith’s version.) The vampires are actually the inspiration behind George A. Romero‘s “flesh eaters’ for Night Of The Living Dead, the first instance of the new type of flesh-eating zombies. Price shows the insanity of a lonely man who tries to survive day to day being alone. He really shines in the flashbacks as he watches his daughter slowly get taken by the disease as he tries to find a cure.

Year – 1959
The Bat is a mystery/horror that revolves around a serial killer who is known as “The Bat”. The Bat begins to terrorize a mansion and we have to decide who is the real killer. Price plays Dr. Malcolm Wells is one of the prime suspects. Price plays the mysterious part so well and the entire movie keeps you guessing until the very end.

Year – 1959
This would be considered the best Price movie by most people, but I think one more holds the edge. House On Haunted Hill is about a millionaire who will pay anyone who stays the night in a spooky house $10,000. The house is famous for having multiple murders happen, and all in very odd ways. Price plays the millionaire Fredrick Loren who is hosting the party. Once again he keeps you guessing as both Loren and his wife Annabelle try to outplay each other in telling the guests who are worse, after Annabelle’s death it leaves to wonder if Loren killed his wife or it was truly something supernatural. Like most Price movies, this was remade in 1999 starring Geoffrey Rush, the movie even gives him a nod as Rush’s character is renamed from Loren to Price.

Year – 1953
The number one spot goes to the 1953 original version of House Of Wax. This is one of the first ever 3D movies and really helped launch Price’s career. Price plays Dr. Henry Jarrod, a wax sculptor who is seemingly killed after his partner lights his wax museum on fire to collect the insurance money. He soon returns after the supposed suicide of his former partner to open up a new museum. Since Jarrod no longer has the use of his hands after the fire he hires two young apprentices to do his work for him, but the wax figures seem almost too lifelike. At the same time, a man with a disfigured face is seen chasing after young Sue Allen, and trying to kill her as he has so many people before. Let’s not forget the bodies that go missing that look an awful like Jarrod’s new figures as well. Sure the movies twist isn’t actually a surprise by any means but Price’s performance as Jarrod is fascinating to watch as he really show off his classically trained acting skills along with the horror behind it. Another thing to note is that while this is one of the first 3D films to be made it only uses it as a gimmick in one particular scene so it doesn’t take you away from the movie if you were to watch it today. If you’ve only seen the 1999 remake you need to go back and see where it all started. But really you should just watch everything on this list.

Year – 1983
This is a pretty well-known fact today but Vincent Price was the narrator of Michael Jackson‘s Thriller music video. Also lending his laugh at the very end. His voice is the perfect fit for this incredibly famous video.

Like Loading...
Edward Scissorhands, horror movies, House Of Usher, House Of Wax, House On Haunted Hill, Pit And The Pendulum, The Bat, The Fly, The Last Man On Earth, The Masque Of The Red Death, thriller, Vincent, Vincent Price
Share:

Hey guys you can call me Vlad. I love movies and I love to write about movies so here I am. I've been called a film critic by my friends so here I am to share my thoughts about what's new. 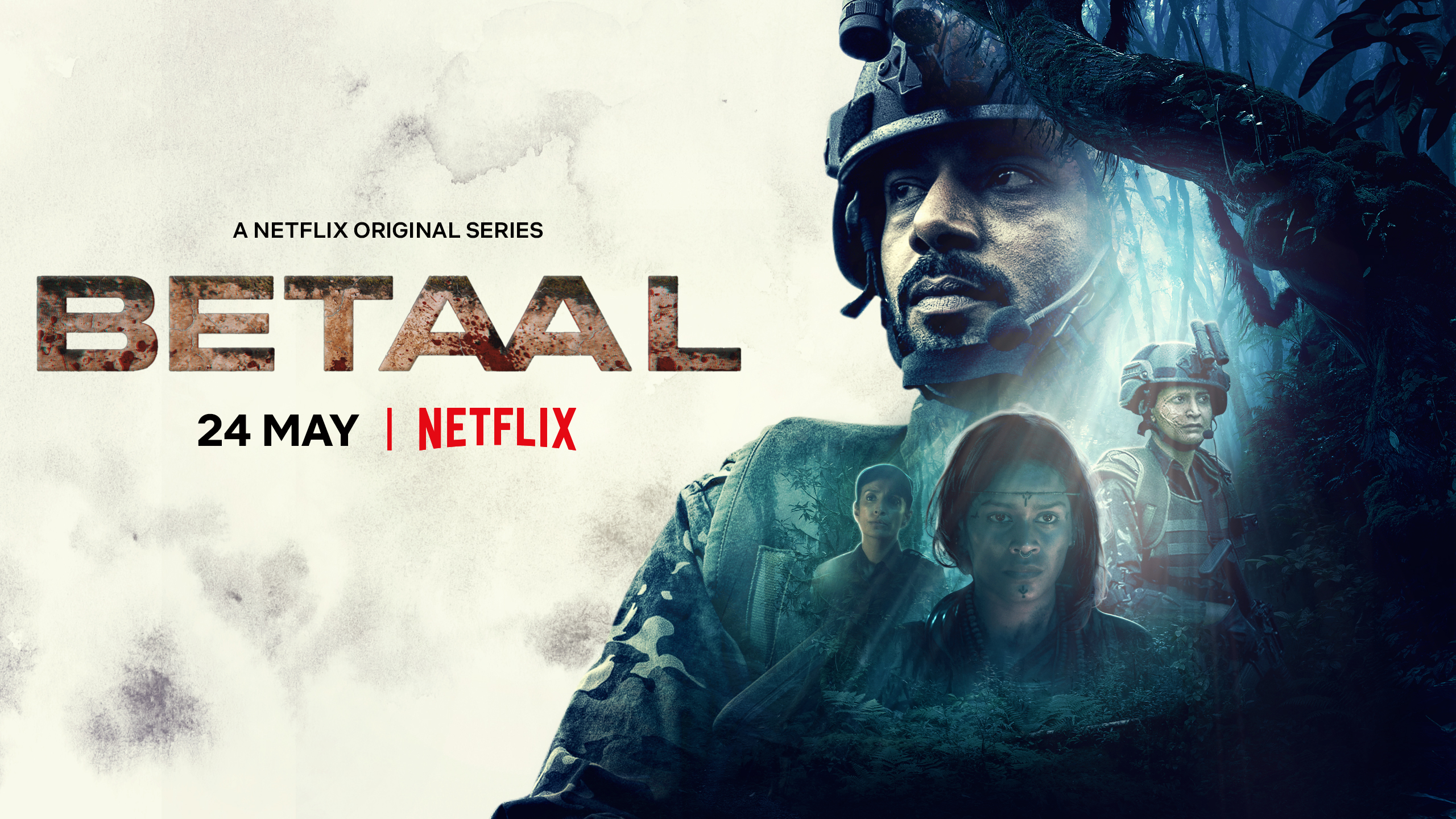