Note: Minor spoilers in this review

The Leftovers has been one of the better shows to air on HBO, with it’s first season starting last year. it brings a lot of mystery and sci-fi elements to the viewers and ultimately asks more questions than it gives answers to.

The concept of the show is that 2% of the world’s population just disappears. This is known as the sudden departure. The show focuses on the Garvey family, with Kevin Garvey (Justin Theroux) being the shows main protagonist.

This season seems to beg more questions of what and how, rather than answering things that happened last season. We start in a new town called Miracle, Texas, a town that seemingly had no disappearances during the sudden departure.

For the first half of the premiere, we are introduced to the Murphy family. John (Kevin Carroll), the patriarch of the family, seemingly has a checkered past and serves as the towns “watchdog.” From what it seems, he keeps an eye on “newbies” to the town, to make sure they check out and fit Miracle’s standards.

Regina King, plays his wife, Erika Murphy. A nurse who supports John’s behaviors and curiosities. We find out that she was deaf and is somehow able to hear again. The kids are Evie (Jasmin Savoy Brown) and Michael (Jovan Adepo), and seem to be two completely opposite people, even though they are twins. Evie is more of the free-spirited, “I’ll do anything I want” type of teenager. Whereas Michael is more reserved, and might question what John does for a living.

We aren’t shown our protagonists from last season until about forty minutes into the premiere. Here, we see Kevin, Nora, Jill and a new addition, baby Lily, move in next door to the Murphy’s. The interest dynamic is how these two families meet and the suspicions John has about Kevin.

Something that I think will be the overarching storyline of the season will be the mysteries of Miracle as a town. People come here as tourists, wondering if they buy things or drink the water, they won’t depart. The people in Miracle are very interesting as well.

Overall, this was a fantastic premiere for The Leftovers. It introduced a brand new setting where the tables have somewhat turned. The Garvey/Murphy dynamic definitely showed promise and it will be interesting to see how the two families grow together over the course of the season.

Also, without spoilers, what about that introduction? What the hell was that all about? Give me your thoughts in the comments section below.

Check out the chart below for my thoughts. 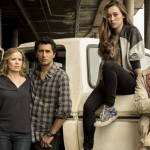 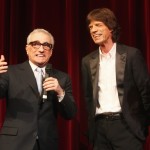