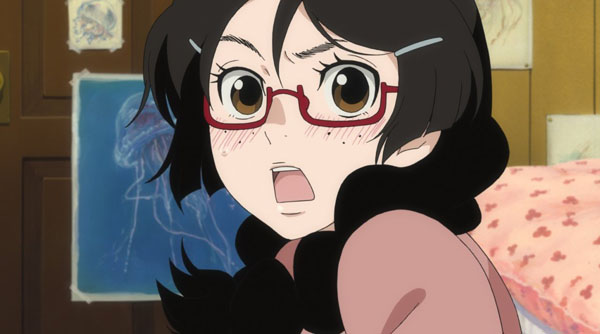 Princess Jellyfish came out back in 2012 by Funimation, but only recently have I watched the series. Despite it only lasting for one season and consisting of 11 episodes, the anime is a brilliant romantic comedy and slice of life. The anime is an adaption from the manga, which is still ongoing and follows a girl called Tsukimi; who is regarded as nothing special. Shown as timid, boring and obsessed with jellyfish, she wishes she could blossom as a successful and gorgeous woman. Instead, she is stuck as a jobless illustrator with a house full of roommates, who are quirky to say the least. Her fellow female roommates have interesting hobbies and strong personalities, which keep them in a bubble of social awkwardness. Referring to the pretty girls as the ‘stylish’, which are heavily feared when they come into contact outside. They are limited by their two main house rules, which means both the stylish and men are banned from their apartment. Keeping their apartment a safe little haven of sisterhood.

This all changes when Tsukimi brings home a jellyfish, which was rescued from a pet store with the help of a stylish called Kuranosuke – who also turns out to a guy who likes to dress up. After the threat of their home being destroyed to make way for a hotel, Kuranosuke makes it his challenge to glamourize these women to save their home. They work together to make money to save their home, which is inspired by Tsukimi’s love for jellyfish. Kuranosuke unwittingly starts to fall in love with Tsukimi after trying to set her up with his political half-brother Shū. And while all that is going on Tsukimi tries to keep Kuranosuke’s actual identity a secret from the others, because they don’t realise he is a man.

The anime is very funny and delivers an exaggerated idea of people with social anxiety in order to make it a comedy. Balanced with drama and emotion the little anime series is a pleasurable watch. The storyline is very easy to follow and isn’t hard-hitting at all. One main factor to acknowledge is its popularity. I believe this has been achieved by the character developments of each character, as they are relatable to the target audience. The only criticism I have about the characters is Malaya’s voice actor in the dub. She is incredibly irritating, however, I think this is part of the character not necessarily the casting choice. Overall the characterization is of a high quality and even the minor characters like Kuranosuke’s Uncle have a certain charm.

In summary, Princess Jellyfish is a great adaptation of the josei manga and I would really love to see a second season be established at some point for a happy conclusion. It’s fun, cute and hilarious. 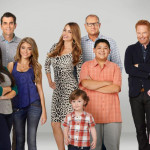 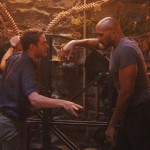