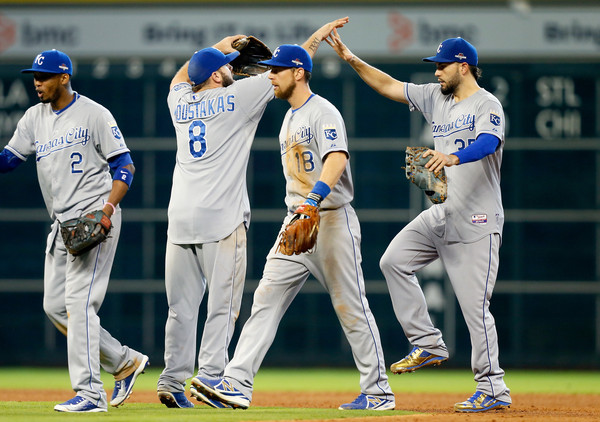 The Kansas City Royals defeated the Houston Astros 9-6 on Monday to force a series-deciding game five of the ALDS.  The Astros had a 6-2 lead in the top of the eighth inning before the Royals put a five spot on the Stros bullpen to turn the tables and take a 7-6 lead.

After losing game four on Sunday night, the Royals were one loss away from losing the series and being eliminated from the playoffs.  It seemed that they had the best possible man on the mound in Yordano Ventura, who has been stellar in his last few starts despite losing game one of the series.  Lance McCullers took the hill today for the Astros and gave a winning performance despite the bullpen blowing the game.

The game opened with Alcides Escobar being hit by a pitch, which sparked early life in the Royals dugout even though nothing could come about for them in the first inning.  Ventura opened the game by getting two quick outs followed by a pitch in on the hands of 21-year-old shortstop Carlos Correa, putting him on first base with two down.  The red-hot bat of Colby Rasmus lined a ball to right field to put runners on first and second with two down. Ventura got Evan Gattis to strike out to end the inning.  The top of the second brought hope for the Royals as Mike Moustakas walked with one out and Salvador Perez (who had gotten in a car accident after the game on Sunday) blasted a ball to the opposite field and landed it in the right field stands to give the Royals a 2-0 lead.   Carlos Gomez, the first batter of the second inning, was lucky enough to see a hanging curveball from Ventura and took advantage of it as he blasted it over the short left field wall.  Again Minute Maid Park erupted as Carlos Correa matched Gomez’s bomb with one of his own to left field, tying the game at two in the third inning.

McCullers continued to be lights out after the bomb by Perez in the second as he allowed just one hit until the seventh inning.  Ventura also gave a nice performance until the fifth inning; he walked George Springer with two outs and once again Carlos Correa came through with an RBI double to right field and gave the Astros their first lead of the game at 3-2.  Kelvin Herrera replaced Ventura in the sixth inning.  “Ace” Ventura allowed three earned runs on four hits (two of which were solo homers).  It is also worth nothing that Ventura struck out eight Astronauts.

The seventh inning brought hope for the Royals as Salvador Perez was hit by a pitch and replaced by pinch runner/lightning bolt Terrance Gore.  Gore was a vital part of the Royals’ offense in the 2014 postseason as a speed demon on the base path.  With Alex Gordon at the plate, Gore immediately stole second base to put himself in easy scoring position with one out.  Gordon did not come through and struck out.  The ice-cold Alex Rios stepped to the plate; Rios had been 2-11 in the postseason thus far.  As Royals fans’ hope quickly faded in Rios, Gore took off for third base (a questionable decision considering his speed and his position already at second base).  Gore was initially called safe at third, but the Astros were not so sure.  Manager AJ Hinch decided that he wanted to challenge the play and after a review, Gore was called out at third.  Royals fans saw their biggest chance to tie the game and keep the season alive get tagged out at third base (a very controversial call, third baseman Valbuena looked as if he was blocking the base, but such is life).

Still with some hope, manager Ned Yost brought Ryan Madson out of the pen to replace Herrera after he allowed a leadoff walk to Jose Altuve to begin the bottom half of the seventh frame.  (Who else but) Carlos Correa blasted yet another ball over the left field wall to crush the Royals dreams and make the score a (seemingly) insurmountable one at 5-2 in the seventh.  As if that were not enough, Colby Rasmus went back to back with Correa and blasted a ball to the right-field stands, 6-2 Astros.  Madson was able to escape the inning with no further damage and so began the top of the eighth inning.

The inning started with a previously elusive base hit by Alex Rios.  Alcides Escobar moved the line as he singled to center, moving Rios to second and parking himself at first base.  Cautious optimism grew for Royals fans and was justifiable by a third straight single by Ben Zobrist to load the bases with nobody out to bring the tying run to the plate in the form of Lorenzo Cain (remember his bomb on Sunday?).  On a 1-1 pitch from Astros reliever Will Harris, Cain rolled a ball into left field, scoring just one and cutting the deficit to 6-3.  Tony Sipp came in to relieve Harris and promptly gave up a single to Eric Hosmer (who had been cold this series) to drive fear into Astros fans as the lead had been cut to 6-4 with the bases loaded and still nobody out.  The magic continued as Kendrys Morales bounced a comebacker to Sipp, who knocked it down and make it an easy double play for shortstop Carlos Correa; but fittingly, it bounced off of his glove and into center field, scoring two runs and tying the game.  So, with a 6-6 tie and runners at the corners with STILL nobody out, Mike Moustakas struck out swinging and Jarrod Dyson (pinch running for Morales) stole second.  Catcher Drew Butera (who came in for Salvador Perez after Gore ran for him) stepped to the plate for his first ever postseason at bat and eventually walked, loading the bases once again, this time with one out.  As Alex Gordon stepped to the plate, Royals fans’ heart rates increased; Gordon bounced a ball between first and second and caused Jose Altuve to dive, only allowing him to get the out at first and the go-ahead run to score.  With the comeback not only complete but now with the lead, Wade Davis came in to attempt to pitch a 6 out save.  He pitched a perfect eighth inning, striking out one Astro.  In the top of the ninth, Josh Fields walked Ben Zobrist and two batters later, Eric Hosmer blasted a 2 run insurance ball to right-center field to make it a 9-6 lead for his closer.  Davis allowed a leadoff single to Carlos Correa (are you surprised?) but struck out the next two and had Carlos Gomez fly out to right field to end the game.

When the deficit fell to 6-2, Royals fans began the “well…it’s been fun” attitude and apparently did not remember the magic that ensued in last year’s postseason.  Key players stepped up in Eric Hosmer and Alex Rios, both of which were cold hitters who supplied key hits late in the game.  The Astros bullpen showed vulnerability, especially now after blowing the lead in game two and in game four.  The series will now head back to Kansas City where the Royals will have a chance to continue their recently acquired “mojo.”

The series-deciding game five will be held at Kauffman Stadium.  It will be game one winner Collin McHugh on the hill for the Astros and (probably) Johnny Cueto for the Royals.  Cueto was lucky to escape game two with a no decision (despite the Royals win).  The Royals made the big trade to acquire him at the deadline specifically for this win-or-go-home game.  First pitch will be on Wednesday at 8:07 PM ET, 7:07 PM CT, 4:07 PM CT.

While the Royals were off creating magic in Houston, the Toronto Blue Jays were making some Texas magic of their own. Behind in the series 2 games to none going into Texas, the Jays have managed to win both games on the road to force a deciding game five in Toronto.

On Sunday, the Jays managed to pull out a 5-1 win behind starter Marco Estrada and Troy Tulowitzki (4 RBI) to pull within one game of tying the Rangers.  On Monday, knuckleballer R.A. Dickey took the hill against the Rangers’ Derek Holland (5.02 regular season ERA). The Jays jumped on the board early in the top of the first inning as Josh Donaldson drilled a ball to right field and drove in Ben Revere (who bunt singled to open the game) and made it 2-0, Blue Birds.  The offense in the first did not stop there, Chris Colabello followed up with a solo dinger to increase the lead to 3-0.  To complete the trio of long balls for the Jays today, Kevin Pillar homered on a drive to left-center field in the second inning, putting the Jays up 4-0 early.  By the end of the third inning, the Blue Jays were up 7-0 and feeling pretty good about returning home for game five.  Texas rallied in the eighth inning to score three runs, but it was not enough as the Jays pulled it out, 8-4.

R.A Dickey only went 4.2 innings, allowing just one run on five hits.  In the fifth inning, David Price (yes, David Price) came in to pitch with an 8-1 lead.  Price allowed three runs on six hits in just the three innings that he pitched.

Toronto’s offense seems to have reawakened at Globe Life Park as they have scored 13 runs in the two games played in Arlington whereas they scored just 7 in their two losses at Rogers Centre in Toronto.  The offense has relied heavily on the long ball all season and with the lack of dingers in Toronto, they were not able to pull out a victory.  In the last two road games, the Jays have hit four homers, they hit two in Toronto.

The Rangers and Jays deciding game will take place right before the Royals and Astros.  The winners of each of these two games will play each other in the ALCS.  First pitch from Rogers Centre in Toronto will come at 1:07 PT, 4:07 ET. 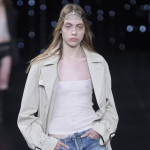 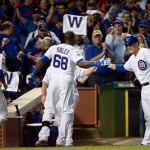