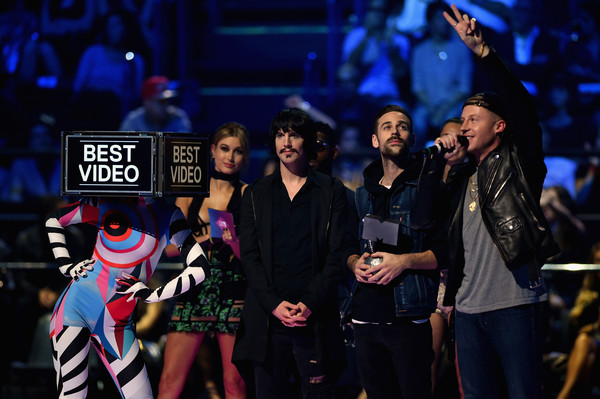 The 22nd annual MTV Europe Music Awards hit the Mediolanum Forum in Milan, with plenty of music superstars on hand. The awards were co-hosted by Ed Sheeran and Ruby Rose and had performances by Justin Bieber, Tori Kelly, Ellie Goulding, Macklemore, Pharrell and more. The girls of Fifth Harmony opened all proceedings at the red carpet with their smash hit single, Worth It.

But like any awards show, the EMAs had their highs and lows. Some performances were brilliantly executed while others seemed like they were missing something. Some of the on-stage banter made us laugh, and some of the ladies outfits stole our hearts. One performance I thought that stole the show was Ellie Goulding’s “Love Me Like You Do“, her soulful voice alongside that stunning dress made for a perfect picture.

Justin Bieber revved up momentum for his brand new album with his performance of “What Do You Mean?“. His dancing and singing was on point and was probably the most anticipated performance of the night. He was the big winner at the 2015 MTV EMAs, taking home awards for best male, best look and best collaboration for his work with Skrillex and Diplo on “Where Are U Now?” Bieber also triumphed in the North American category of the EMAs’ worldwide act award, as well as winning the title for best fans.

Tori Kelly put in a lot of work at these awards. With her band behind her, Kelly performed her single “Should’ve Been Us” and then went into a medley of covers, featuring TLC’s “No Scrubs” and the Fugees “Ready or Not.” She then went on later to perform a duet with classical singer Andre Bocelli. Ed Sheeran also managed to break away from hosting duties to perform with Rudimental on their track “Lay It All On Me“.

Strangely Taylor Swift who was not present on the night, was victorious in only one category, despite being nominated for a record-breaking nine awards. She won the best song for “Bad Blood” although didn’t film an acceptance speech. Nicki Minaj won the award for Best Hip Hop, and although not present gave a quite idiotic speech saying “I wish I was in Milan eating some delicious…[long pause]… spaghetti.”

Pharrell rocked the stage as he performed his track “Freedom” backed by an energetic dance crew and a massive banner that said FREEDOM, which has attached flags from around the world. I think personally seeing as Justin Bieber was the most sought-after performer of the night, that he should have been the closer of the night.

Like every award show fashion is a most talked about topic with the ladies gracing the red carpet and stage. And although it’s probably not one of my strong fields I would have to say no one caught the attention more of the press than Ellie Goulding, who displayed her new mustard blonde hair colour and wore a gorgeous black dress. Not only did she look stunning, but the girls of Fifth Harmony also looked very sexy in their black coordinated cutouts and short skirts.

The MTV EMA’s in 2016 were announced to be in Rotterdam, The Netherlands. 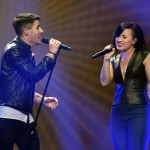 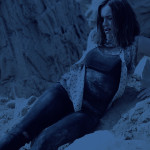