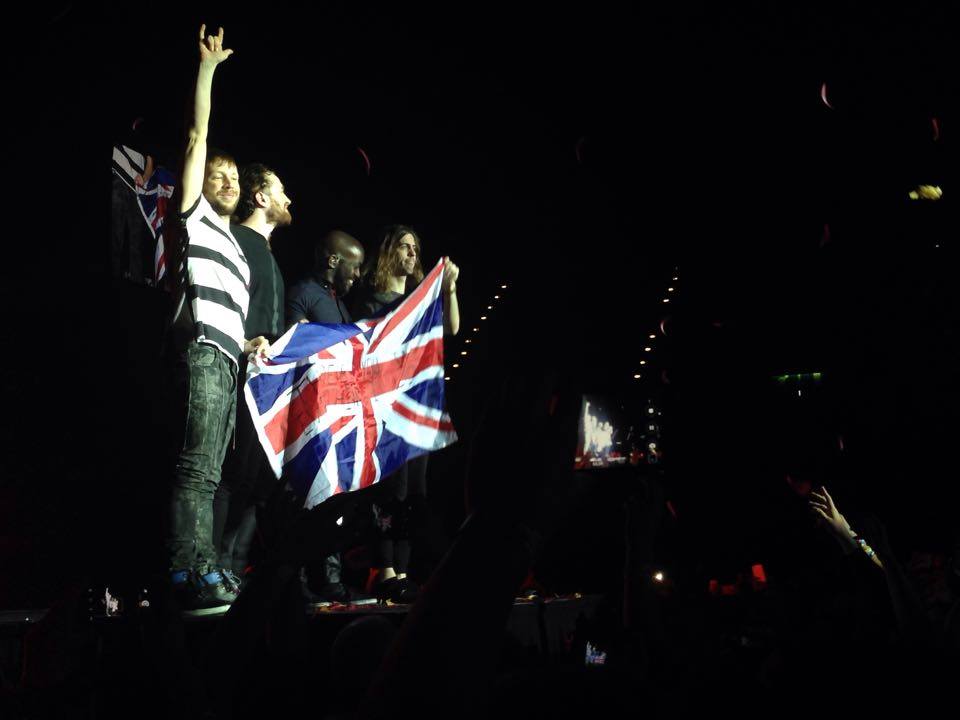 Since releasing their second album Smoke + Mirrors back in February, alternative rockers Imagine Dragons have embarked on an extensive world tour spanning an impressive 108 dates, and yesterday they took to the Barclaycard Arena in Birmingham to close out the UK leg of the tour.

Opening act Sunset Sons played a forty-five minute set filled with solid, dependable indie rock. They did a great job warming up the crowd with catchy guitar riffs and an energetic performance. Check out their track She Wants here.

Imagine Dragons kicked off their set with a bang, playing album highlight Shots and quickly followed up with the frantic Trouble. The one-two punch of these two fast-paced songs quickly left bassist Ben McKee red-faced as he enthusiastically interacted with the energised crowd. A quick breather came in the form of a somber cover of Alphaville‘s Forever Young, but the pace picked up again with their single Roots. The show continued on in this fashion, with slower moments interspersed throughout an electrifying one-and-a-half-hour set.

In a couple of serious moments, frontman Dan Reynolds addressed the recent terrorist attacks which have been happening with a disturbing frequency throughout the world and dedicated their performance of charity single I Was Me to the cause.

After a dramatic, drum-laden performance of Radioactive closing out their main set, the audience were certainly clamoring for more. As is tradition, the band came back out for an encore with album cut The Fall, a suitably grand ending to a rocking night.

Marrying pop sensibilities with dramatic alternative rock, Imagine Dragons have managed to craft a brilliant live show that never really lets up. Their set was a well-rehearsed machine, rolling on with pinpoint accuracy while being supported by impressive light shows and psychedelic visuals. Despite only having two albums under their belt, they have already racked up enough hits to warrant massive singalongs while deeper album cuts are still massively entertaining to experience live. In fact, the live versions of some songs manage to make a bigger impact live when compared to the studio version (case in point, Roots). Highlights of the show include It’s Time, Gold (which sounds much grander live) and the anthemic I’m So Sorry.

Ironically, album title track and also the namesake of this tour, Smoke and Mirrors did not make an appearance in the set list. Despite that, it was still a very enjoyable night filled with Imagine Dragons’ brand of anthemic rock tunes. Definitely a must-see.

Check out the remaining dates of their Smoke + Mirrors tour here. 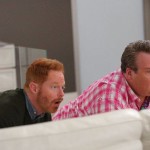 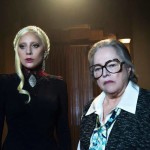