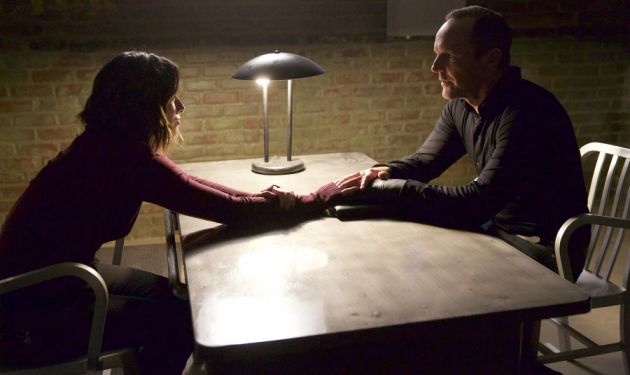 Opening up with a scene that I’m sure will pretty much kill portions of the Agents of SHIELD fandom, as well as reminding us why we all love Director Coulson, “Closure” offers anything but what the title of the episode would indicate, its position in the season meaning that it has a lot of set up to do as it attempts to ensure that all the characters are in the right place for next weeks mid-season finale “Maveth”.

It’s a fairly straight forward episode in a lot of ways, using SHIELDs hatred for ex-agent Grant Ward and the reveal of Hydra as a significantly older organisation than we previously thought in order to get everyone in roughly the same place by the end of the episode. As far as side plots go, there really aren’t any – with the entire team taking part in the new Kill Ward mission, it is full steam ahead, and one of the unfortunate problems this creates is that “Closure” feels rushed in it’s back half.

I’ve been saying for the last few weeks that Agents of SHIELD is moving much quicker in its third season, but for the first time that has actually become something of a problem. Too much happens in “Closure” to comfortably fit into one 40 minute long episode, and it suffers for it – at one point in particular, two fairly important events that look like they are meant to be hours apart (if not longer) feel as if they happen within minutes of one another, and it takes you out of the moment completely as you try to reconcile the events within the time frame presented. I don’t know if a case can be made for “Closure” being split into two episodes, but it certainly feels as if it could have done with an extra 10 minutes or so and given a little more room to breathe – but then again, I’d much rather be complaining about Agents of SHIELD moving too quickly at times than the alternative.

And in defence of “Closure”, the episode does give us some very interesting character moments when it isn’t hurtling through the events it has to show us. We get a montage of sorts when Coulson is interviewing his team about Ward in order to gain more information about who Ward is deep down, and it’s surprisingly informative – not only does it remind us of some of the things (both good and bad) that Ward has done in the past, it also shines a light on how the members of the team feel about him now, exposition in every sense of the word but disguised incredibly well as an important part of the story.

I also really enjoyed the arc that Coulson takes this episode, building on the undercurrent of instability that has been present all season before finally letting him go off the rails. He’s not just angry in “Closure”, he’s furious – at Ward, at his team, at the world, but mostly at himself, and he’s allowing his emotions control his actions to the point where Bobbi is beginning to get concerned. It will be interesting to see how this particular plot point develops in the mid-season finale and onwards, but I don’t expect Coulson to really be the same afterwards.

It’s a difficult episode to really talk about in any kind of detail without roaming into spoiler-territory to be honest, but if anything that’s a testament to how quickly things develop in “Closure” – there is a reason that I’ve avoided giving even the vaguest synopsis for this episode, after all. But in spite of the rushed feeling “Closure” contains, it’s still another damn good episode of Agents of SHIELD. One full of the kind of moments that fans of the show will lap up even if the episode does suffer from having to set up the events of the mid-season finale – which based on the situation we find our main characters in at the end of “Closure” will hopefully be one of the most eventful episodes to date. 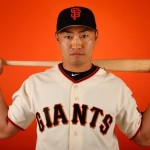 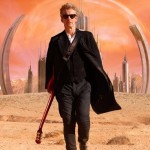