Only Quentin Tarantino could make a 1960s style Western, pitch it to a studio in 2015, and have no one question it and just let him do whatever he wants with it. Tarantino’s eighth movie, appropriately titled, “The Hateful 8,” is another fine work of art, filled with violence, drama, mystery, intriguing characters and over-the-top craziness that fits into the plot and characters (But you already knew that).

To say a Tarantino movie wouldn’t have those qualities is like saying Hollywood would let an original concept from someone without the backing of a big name producer or director be created. But what you really want to know is this: Did you see the 70mm Panavision roadshow version? Thanks to my virtue of being a New Yorker, yes I have, intermission and everything. It was beautiful, glorious, bloody, madness and I loved every minute of it!

Some of you may recall in the OutLoudCulture podcast on the horror genre I stated my distaste for pointless blood and gore. Allow me: Most horror movies add blood and gore for the sole reason of having blood and gore. Tarantino adds a purpose to his movies for them: the characters allow for that and blood and gore is what would happen when shot in this area with this type of gun. Now that I have cleared that, on to the proper review.

The movie opens with a horse carriage driven by James Parks (“Kill Bill Volume 1,” “Death Proof”), playing O.B., coming across Tarantino muse Samuel L. Jackson’s (“Marvel Cinematic Universe,” “Goodfellas”) Major Marquis Warren, “The Bounty Hunter.” Warren asks for a ride, but that is up to the passenger, who paid “a pretty penny for a private trip.” That passenger is Kurt Russell (“The Guns of Diablo,” “Escape From New York”), playing John Ruth, “The Hangman,” transporting Jennifer Jason Leigh (“Sister, Sister,” “The Machinist”), playing fugitive Daisy Domergue, “The Prisoner.” Eventually they also find Walton Goggins’ (“Cowboys and Aliens,” “Django Unchained”) Chris Mannix, “The Sheriff,” and go on to “Minnie’s Haberdashery,” where they find Bob, “The Mexican” (Demian Bichir), Oswaldo Mobray, “The Little Man” (Tim Roth), Joe Gage, “The Cow Puncher” (Michael Madsen), and former Confederate General Sandy Smithers, “The Confederate” (Bruce Dern). “The Hangman” believes “one of these fellers is not who he says he is”, and they must discover who.

The movie is similar to “Reservoir Dogs” for taking place mostly in one area and also to “Inglorious Basterds” for its chapter-book storytelling. I like this as it reminds me of my second and third favorite Tarantino movies respectively (“Pulp Fiction” is my number one favorite). Also similar to “Reservoir Dogs” is the increasing paranoia faced by everyone in the movie.

Tarantino’s signature hallmarks are here but make no mistake, this movie is a 1960s style Western. The characters, the simple yet engaging story, the parallels and relations to our modern culture, they’re all here. To say any of how this connects to today, I believe, is to ruin the experience of watching the movie.

But enough about that, you all want to know the big question. The question that I can answer thanks to watching the 70mm roadshow edition: Does 70mm truly make the experience better? Yes! Yes it does! The movie looks gorgeous for being on the 70mm format. The cameras used lenses that were used to shoot some of the greatest, most well-known movies of all time, such as “Ben-Hur,” “Battle of the Bulge” and in 1966, “Khartoum.”

1966 was the last time any movie was shot in the 70mm format, as digital has been taking over the cinematic world. It is true, just as I believed, film reels are indeed a superior medium to make a movie than simple digital protectors. That’s not to say digital should be taken away. Digital cameras have provided opportunities for indie filmmakers to make their own movies, hopefully become successful, and attract the attention of the film industry, and have more opportunities presented to make more movies.

However, when a filmmaker does eventually acquire enough money and resources to use film, and the industry has more than enough money to make it happen, I would love to see film start to become more commonplace like it once was. Digital has invaded the halls of Hollywood not because it is a superior medium or the only medium available to cash-strapped, not yet financially successful enough, limited resources laden directors and crews, nut because simply it is cheaper.

I worry that, as digital becomes more pervasive, the less reason there is to have a big screen theater experience, due to becoming giant television screens.

Hopefully, more movies like “The Hateful 8” emerge and convince more filmmakers to use film reels. 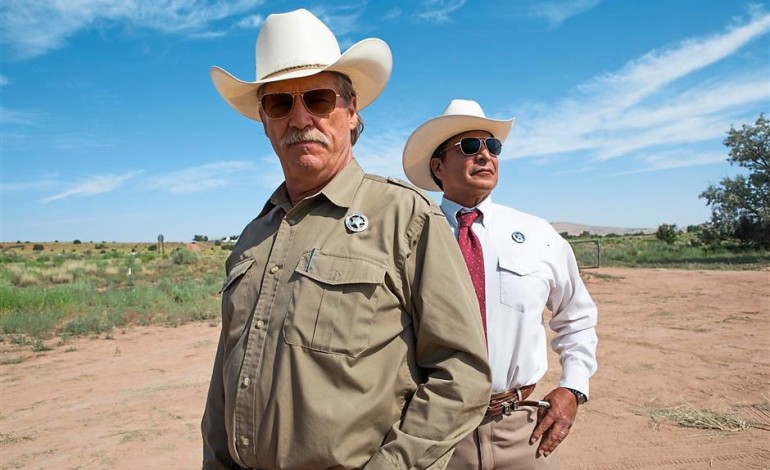 NEO WESTERN : A SOFT BUT TIMELY REBOOT OF THE WESTERN GENRE