I was talking to my friend the other day and she told me something which made me laugh. My Dad had warned her not to get into Anime like how I and my sister had, as it will take over your life. He wasn’t wrong when it concerned my sister, but some of my favourite films are anime. While anime isn’t as big as it is in the western world, than in Japan. Studio Ghibli is famed for its break-through and popularity within the western culture.

So here are my top ten favourite Studio Ghibli films (in no particular order):

Released the same year as I was born, Whisper of the Heart is one of my ultimate favourite Studio Ghibli films. I am quite a soppy person and I’m a sucker for love stories and high school romances. It has an elegant charm as well as being adorably cute. It’s a very girly film with the love interest being a talented violin player.

My Neighbour Totoro is one of the iconic films of  Ghibli’s collection, for which their studio logo is based. While it’s a children’s story at heart it has a lot to offer to everyone. Perfect for children (and adults), the cute fluffy characters shows the meaning of friendship and family. The light-hearted story is adorable and fun.

Visually stunning, and taking more than ten years to make, the mostly hand-drawn anime has, perhaps, is one of the most epic storylines of the Ghibli collection. You follow prince, Ashitaka’s journey in a magical forest, who has been cursed by a demon boar god. He gets wrapped up in the mystery’s of the forest. On top of discovering such a dangerous place, he acts as a mediator between the humans and the forest in a brutal battle for resources.

Howl’s Moving Castle, is my go to film when I’m ill. Dubbed by Christian Bale, Howl is a handsome wizard who sweeps hatter daughter, Sophie off her feet. The story comes to a fast conclusion, but the characters are incredibly likeable such as Calcifer, a fire demon who developers reason as well as comedy. It’s the ideal fairytale ending of a young girl who falls in love with a powerful wizard.

If there was ever an anime film that is not just for kids, it is probably this one. A heart wrenching tale of two children trying to survive at the end of World War 2 in Japan. It’s an adaption from the memoirs of Akiyuki Nosaka. The anti-war story is almost impossible to watch the first time without crying with the brutal message it sends to audiences.

Based on a traditional Japanese folktale, Princesss Kaguya retells the story beautifully. The artwork is outstanding and different from previous films. Drawn to look like watercolours, it’s like a painting brought to life with smooth transitions like a waterfall. Like most anime films I thought it was going to end happily ever after, however,  I was deeply sadden by the bitter sweet ending of this folktale.

To describe it in two words: Culture Shock. You would never see Pom Poko made in the west. The story of Japanese raccoon dogs and their fight against industrialisation, it presents a unique story of survival. Filled with a range of comical characters and interesting concepts, it is rememberable film to say the least. But perhaps its most outstanding feature is the presentation of their ‘pouches.’ A great fun family film.

A story about growing up with magic thrown in, Kiki’s delivery service is a Hayao Miyazaki classic. You follow the story of a young witch Kiki, who tries to fit in with the community and use her witch abilities to help others. She meets a range of characters all with different quirks, it’s a cute little film.

An unusual and fantastical follow-up to “Whisper of the heart“. We see our protagonist taken to the world of cats, as her reward for saving Prince Lune’s life. If you have a love for cats you will love this film. The animation of the cats is rather amusing and acting legend Tim Curry voices the Cat King in the dub. It is filled with comedy and we see the main character develop a strange, out of the blue crush. It’s bizarre and silly plot makes it an enjoyable film.

Spirited Away is probably one of the most famous anime’s in the world. An award-winning film, with a whimsical plot and well-developed characters, no wonder it is highly recommended. Alongside “My Neighbour Totoro”, Spirited Away is noted as one of Ghibli’s best feature films. We follow Chihiro on a journey in the spirit world, after her parents are turned into pigs.

It was announced Studio Ghibli is to close, due to the founder retiring it looks like it will be the end of the collection. With 21 feature films under their belt, a substantial number of stories have been told with amazing animation and music. Studio Ghibli has been a part of my childhood growing up, and I’m sad to see it end. However, I’m optimistic that others will be influenced my Ghibli to create anime’s above and beyond their quality and imagination. 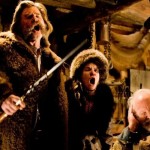 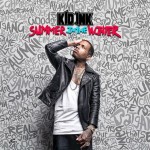