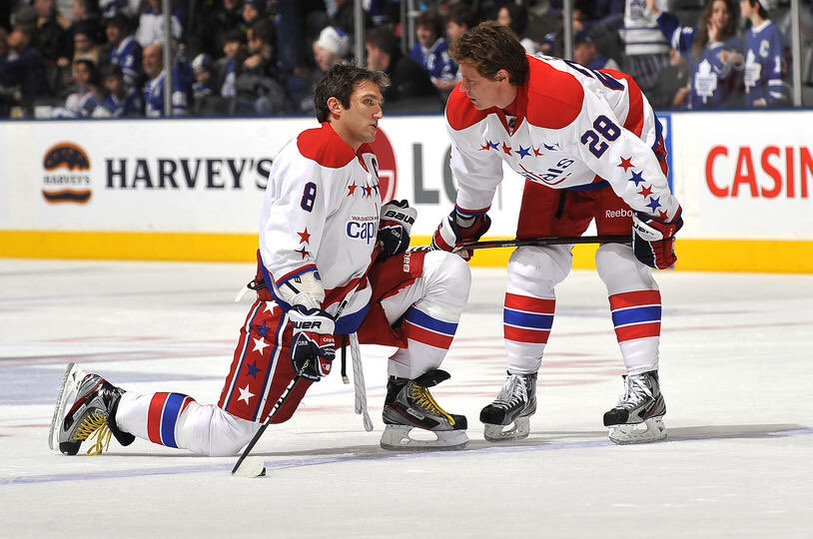 Alexander Semin, former prolific speedy sniper’s career has turned into an utter disappointment. Without this disappointment, he could have made the league higher scoring, which is being requested by the masses, by changing goalie equipment and the nets He could be top 10 in points and goals. The Washington Capitals letting him go ruined his career. It is not their fault, it was his. Not many players nowadays stay with one team for the entire longevity of their careers. Alexander Semin currently doesn’t have one. It’s sad, but he is to blame.

He was simply carried by his teammates. Alexander Ovechkin was on the rise to become the league’s best goal scorer, as he is, and the Capitals would be scary good, even better than now possibly. But I think Evgeny Kuznetsov, my personal new favorite player behind Patrice Bergeron, will be the next star Capital. As well as flourishing playmaker, Nicklas Backstrom. Alexander Semin will likely never play in the NHL again, probably the KHL. This is terrible news for someone who we all thought would be a phenom. You have to have some sympathy for him. He is a human being and his life is in terrible turmoil.

Kuzy was a project, drafted in 2010 26th overall in the first round. This young stud has paid off immensely and this may not even be his prime. Kuznetsov will be a top playmaker and point producer in the league for many years, and by the time the great 8 and Backstrom are gone, he won’t go Alexander Semin. He is the new Alexander Semin, with a different playing style, maybe better than Semin would be. Andre Burakovsky is one to watch alongside Kuzy. He is not doing great but has major potential. This success is no mere fluke; this team is a powerhouse and a well-oiled machine.

The Capitals are taking over, with the Chicago Blackhawks trying to hang neck and neck with them. The Blackhawks are simply the best hockey team over the past 5 years to ever play. They are playing when the league is harder than it has ever been and, much like the Capitals is making slight work out of it. This as a Stanley cup matchup could be the most viewed Stanley Cup in history possibly and for good reason. They possess numerous generational talents, high-paid players and playoff vetted, successful goalies. Braden Holtby might take Carey Price off of his prestigious throne. Braden Holtby will take the throne, he also has arguably better or even defense as the Canadiens and much more goal scoring. Carey Price is the backbone of the Montreal Canadiens and it is very apparent. They are a mess. Braden Holtby got his start by absolutely annihilating the Boston Bruins in the Playoffs several years back. The Bruins have very rarely beaten the Caps since. Ovechkin vs. Kane, Toews vs. Backstrom, Kuznetsov vs. Panarin, Holtby vs. Crawford and Quenneville vs. Trotz. This could be a couple year repeat matchup. The world needs to see this series. Rating will be out of this world. This is a very likely possibility. I would not miss a second of this series, I’m not alone. Don’t be mad if your favorite team doesn’t make it if this is the case. The world could watch the greatest Stanley Cup Playoffs series in history. The NHL playoffs will continue to be the best of any sport and will be colossally viewed.

Look at young Caps at the 1st place, currently, prospects, some already in the NHL, but still young, they are pretty loaded, not with tons and tons but a lot with very high-end talent. For starters, former 2014 13th overall pick, and offensive juggernaut, Jakub Vrana. He is their best non-NHL prospect right now, check this young man out. His shot, ability to create space, goal scoring and hands, skating ability and smarts are unreal. He may be a year or two away from the big club, he could succeed now. But when he is ready, jaws will drop if he lives up to his potential. The Capitals will have possibly the most lethal top 6 forwards ever. There is also Madison Bowey, a right-handed defenseman, can put up points, has a great all around game, a true game changer and skill guy and is physically ready and fit whenever he is called on. I say he is a game changer because of his talent and incredible past +/- numbers. From 2012-2015, he had a combined +/- with the Kelowna Rockets of +123. That’s staggering, he will be a cog on the Capitals back end for many years, forbid he is moved. Moving him would be crazy when they have some very good prospects, but they all around aren’t show stopping, but very solid. Ilya Samsonov, 2015 17th overall first round selection is simply incredible. A possible tandem of this young beast and Braden Holtby as a duo. The Capitals could lose only single digit games, putting up a Golden State Warriors-esque record. Samsonov was the only first round goalie taken and with good reason. He is very mobile for a man of his size of a daunting 6’3″ 201 lbs. He sees the ice very well and can steal games.

Two underappreciated aspects of the Capitals dominance have been hiring ex. Nashville Predators head coach, Barry Trotz and the dramatically improved backchecking and defensive game of Alexander Ovechkin. He can play all three zones now, which he struggled with for many years. The Capitals don’t need to make any big moves, possibly for the next five years at this rate and will likely create a dynasty similar to the Chicago Blackhawks. Possibly better, 3+ cups in a row. Ovi and the gang are ring chasing. Hats off to you, Caps. Make the league greater than it has ever been. 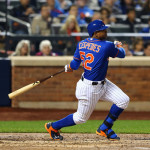 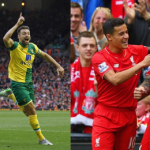