It’s that time of the month again, in which Playstation gamers eagerly await the news of the PS Plus line-up. Your wait is over folks, let’s check out the offerings.

We are off to a strong start, with the positively reviewed Helldivers. From the Helldivers website:

“HELLDIVERS is a topdown shooter set in a satirical dystopian future where mankind is ruled by a managed democracy. You are part of the Helldivers – the spearhead of humanity’s defense against the perpetual alien threat on Super Earth.”

With up to four player co op, this is a great game to play with friends. Make sure you work well as a team because friendly fire is always on in this tough game. Also, don’t invite Mike. Mike will always shoot you in the back. Probably.

No, that isn’t the sound of me eating, it’s the name of our next PS4 game. Okay, maybe it is also the sound of me eating. Typing is hungry work folks! So what is this game about? Basically, you crash land on an alien planet where you soon decide to open up a soup factory. You then launch the soup into space. You know, for profit. Okay, this game sounds bonkers. I can’t wait to play it! It offers 2 player split screen and 4 players online co op.

On the PS3 side of things, we have Persona 4 Arena Ultimax. This 2D fighting game released to positive reviews. From its Playstation Store page:

“The events of Persona 4 Arena reach their thrilling conclusion in the massive story mode of Persona 4 Arena Ultimax! New playable characters, including fan favorites from the Persona 3 and 4 RPGs, add even more breadth to the already diverse roster. Master new skills, systems, modes, and ‘Shadow’ versions of characters, and challenge the world’s best players in online matches.”

Get ready to button mash folks!

This is one for the racing fans out there. It features cars, racetracks, what more do you need? Show off your skills with online multiplayer, or try out my signature move and crash into your opponents. Wait, you mean that’s not how the game is supposed to be played?

The classic game has made its way over to the PS Vita. Keep these adorable idiots alive through 100 levels in this puzzle game. Trust me it won’t be easy as these guys will walk off cliffs if you let them. After they die the first few times, you may be tempted to let them.

Finishing off our list is the sci-fi turn-based adventure game Nova 111. Explore alien planets, and fight aliens. For science! This cute little puzzle game gives you the task of fixing space-time. Just another Monday right?

These games drop on February 2nd, so make sure you have January’s PS Plus games downloaded by then! 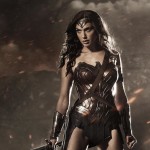 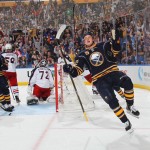