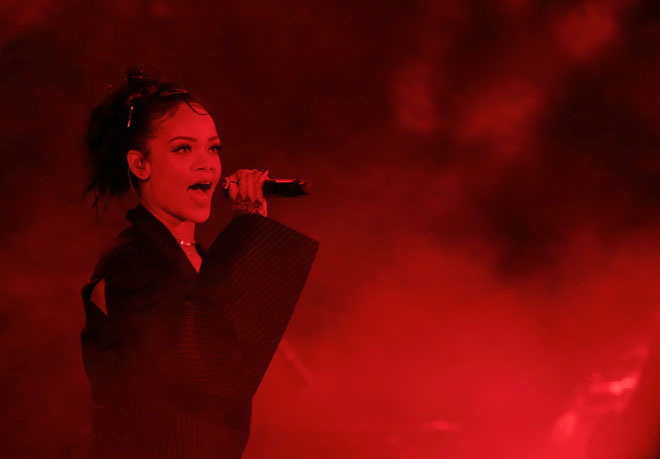 Earlier today, as we all know unless you live somewhere with no internet connection, Rihanna dropped her highly anticipated eighth album “ANTI” featuring the single “Work” with Drake. Finding the album was no easy task, though. I spent nearly 30 minutes trying to find an illegal download of the full album with no luck and then resorted to finding a copy of the single which was a daunting task on its own. Rihanna released the album exclusively through TIDAL which means it was nowhere to be found on YouTube, Facebook, Soundcloud and Torrent websites. TIDAL made waves last year with the support of heavy hitting artists like Beyonce, Coldplay, Kanye West and Arcade Fire.

After listening to the song about 10 times, I can honestly say Rihanna has not lost it. She hasn’t lost a thing. But the song is not a banger. “Work” is a fairly mellow track. It’s the sort of song you want to play if you’re having a chill night with drinks flowing and some close friends. But that doesn’t mean that it’s not an amazing stand alone song. The track is full of “Rihanna-esque” clichés such as syllabic repetition, basic instrumentation, gentle slurring between lines and of course, humming. The song is laced with bold, early 2000’s style auto-tune that is reminiscent of Kanye’s “808s and Heartbreak”. Behind Rihanna’s vocals lay a few repetitious basic synth patterns organized in a drum machine type fashion. Everything is very basic, it’s the bare bones, but it’s so good. At its core, it’s an extremely catchy song with a sort of improvised type feel that is largely attributed to Rihanna’s ad-lib melismatic humming. “Work” is soft, beautiful, delicate, loose and memorable. 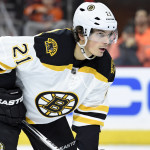 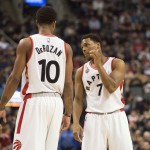