Super Bowl 50 marks the end of yet again another great season of football (despite the actual game being a dud). The Super Bowl is equally about not only the game but their ads as well. The pricey ad space went for $5 million for a 30-second ad, an astronomical amount being charged by CBS. This was 11 percent higher than the $4.5 million that NBC charged in the 2015 Super Bowl. Regardless if they make us laugh, cry, or stare at the television in awe, these commercials set out to be the best-of-the-best.

This creative, otherworldly commercial took place in the Museum of Earthly Wonders. The lengthy, talky ad had three key factors that made it to this list: the hysterical jokes, Scott Baio, and the delicious-looking guacamole at the end.

In America, it is the year of elections which means: political tension (which naturally needs to be diffused with political parties). This seemed to be the party of the year, being hosted by Seth Rogan and Amy Schumer (featuring Paul Rudd), which united the political world through the love of beer, more specifically Bud Light. Schumer says, “Wait till you see our caucus.” “We got the biggest caucus in the country!” Rogen adds. “But it’s not, like, too big,” Schumer stresses. “Like, you can handle it.” The witty beer-infused commercial put a fun spin on politics, creating laughs all around.

Axe’s latest commercial took an unexpected twist which turned out for the better, landing it a spot on many “Best Super Bowl Commercial’s” list. Axe veered from their typical scandalous and sleazy ads to urging men to find what makes them “unique” (a.k.a. their magic) and to flaunt it. Axe took a rare turn by featuring men displaying various different types of masculinity, gay, and gender-queer men who are all accepting their “magic.” Axe took the road less traveled and wound up hitting a home run in this epic ad campaign.

Pepsi’s commercial did exactly what it set out to do which was to command viewers’ attention in this catchy, upbeat classic throwback featuring Janelle Monae dancing to Britney Spears’ 2001 “Pepsi Generation” commercial.

This relatable commercial showcased the company’s products being used in everyday life, depicting to viewers that this could fit perfectly into their lives as well. The current fit craze that is buzzing around has people captivated in this motivating, eye-catching commercial.

Although some may say that this commercial went a little “too far,” it still has people talking. This commercial depicted an irresistible snack for every, in, or out, of the womb.

This commercial started off a bit odd but turned out to be a catchy and clever ad. Combining three great things: puppy, monkey, and baby, it created something worth watching.

This ad shows Steve Harvey hilariously poking fun at himself and his Miss. Universe mishap. Harvey says, “I didn’t mess this one up, it was Verizon!” makes viewers laugh. As we all know, the only way to get over a mistake you have made is to laugh about it, and that is exactly what Harvey did in this T-Mobile commercial.

“Fiercely caffeinated” small-time New York based company, Death Wish Coffee, won Quickbooks’ Small Business Big Game Competition, thereby earning a spot on the docket during the game. This ad showcases Vikings rowing fiercely across a treacherous, stormy, coffee-colored ocean, which we find out is in a cup of Death Wish Coffee, about to be consumed by a burly bearded man. 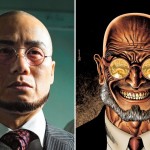 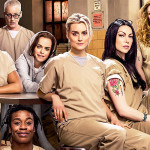