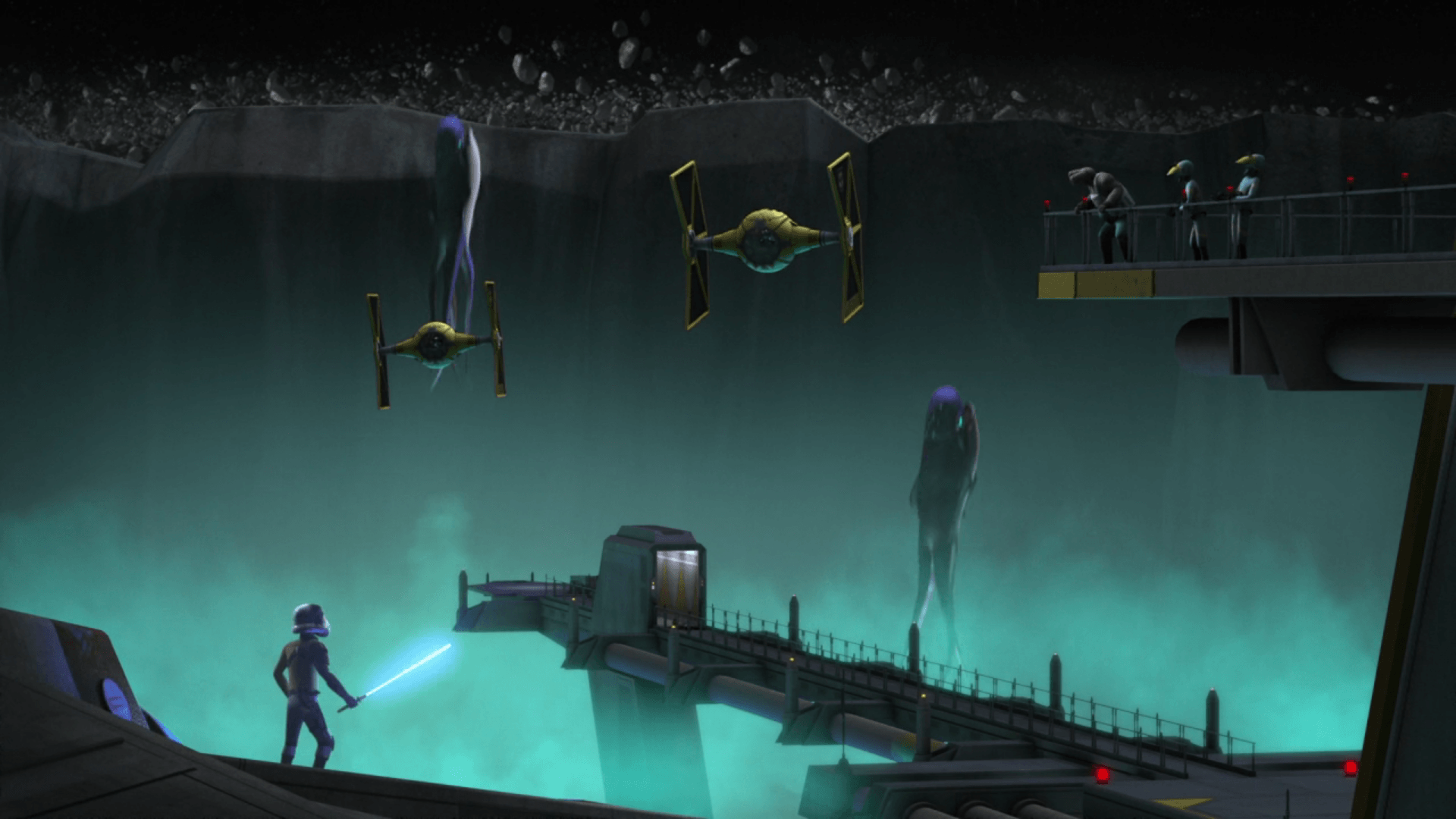 I have finally scrounged for time to critique Dave Filoni‘s Star Wars Rebels, a Disney XD production. So here’s the lowdown for the Star Wars fans: Star Wars Rebels takes place in the gap of time between George Lucas’s prequels and the original trilogy. It follows the exploits of a Jedi-trainee orphan, Ezra (Taylor Gray), his Jedi teacher Kanan (Freddie Prinze, Jr.), and the motley crew of the ship The Ghost as they fight against the reign of the evil Empire, the antagonist of the original trilogy. While it is not a “sequel series,” it does share continuity with Filoni’s canceled 2008-2014 The Clone Wars (now streaming on Netflix).

I regret to say that this was not a noteworthy episode, almost “filler” category, unlike the more serialized arc-driven ones. While the show had stand-alone episodes, they typically offered entertaining breathing room for the cast to play off each other. This one really does not offer much.

“The Call” opens with clear tension: The Ghost is running low on gas. The crew has to strategize a risky pit-stop at a nearby gas-refinery port to raid its fuel supply before it is shipped off to the Empire (steal from the evil Empire, feed the needy, and make a pragmatic profit along the way is the gist of their living standards). To cap it all off, whale-like creatures, called “purrgil,” are obstructing The Ghost‘s route. In a strange character moment, the normally cool-headed Twi’lek pilot Hera (Vanessa Marshall) vocalizes a desire to shoot them, though Kanan urges her to hold back, leading to a priceless banter that could provoke the inevitable fanbase muttering, “Yup, Kanan and Hera are spacemarried” (look it up). Ezra, who has displayed Force-connection to creatures, insists on a natural solution: fly with them rather than against them.

Hera receives a designated “character moment” scene with Ezra, confessing why she disdains the purrgil, which apparently led to death of friends due to their obstructive nature on space course, a way to shoehorn a psychological conflict. Though her disdain is refreshingly voiced with reasonable restraint, because Vanessa Marshall staunches the emotions within Hera’s level-headedness, as if she views the space-whales as situational fatal nuisances rather than immediate active threats. But this tension doesn’t step out to elevate the plot and is resolved too accordingly.

The purrgil feed on the vat of blue gas below the port and Ezra observes that the creatures are nourished by the gas, so he persuades the crew to execute their raid in a way that doesn’t harm them.

There isn’t much else to say. But there’s satisfyingly affirming characterization pertaining to the show’s motif of trust. The still-in-training Ezra depends on Kanan’s help when it comes to the physical aspects of the mission, but Ezra is permitted a voice in the plans. Once Kanan and Sabine (Tiya Sircar) ready the explosives, all according to plan, Ezra figures the bombings will harm the passing space-whales and begs them to fall-back on it. It’s heartwarming to see Kanan agree to Ezra’s sudden intervention right away, showing that even a master can humbly defer to his apprentice. The crew is used to improvising in the urgency of battle, as Zeb (Steve Blum) insightfully quips to Hera, “Next time, we just plan on the plan changing.”

However, the episode does not unearth much subversiveness in the third act predictability of Ezra successfully reaching out to the space-whales, though it does yield a flicker of cosmic inspiration in the manner his eye glow corresponds with the creatures’ eye color to signify their synchronizing understanding. It doesn’t contribute much when we the audience don’t feel much connection with the space beasts and most of the “bonding” is done by Ezra talking about how the creatures deserve to live. More “tell” rather than “show.” At the very least, the episode concludes in an unexpected grand visual. Overall, the literal space whale-aesop is underwhelming without much gravity.

Next episode “Homecoming” has one of the character-development premise, likely involving perhaps a more sustainable moments for Hera Syndulla. 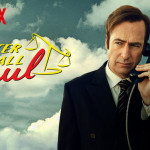