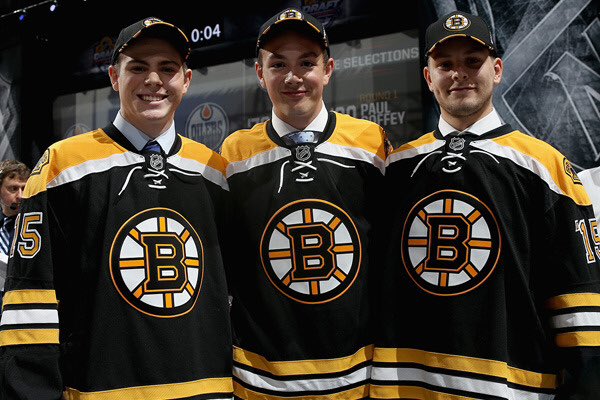 The 2015 NHL Draft was a fiasco for the Boston Bruins. As Bruins fans anticipated the start of the draft, they had one 1st round draft pick. This was of course before Don Sweeney and the boys went all out and made some big time trades. They started by dealing stud, young blueliner Dougie Hamilton to the Calgary Flames for the 15th, 45th, and 52nd overall picks. These picks were eventually used to select Zachary Senyshyn, Jakob Forsbacka-Karlsson, and Jeremy Lauzon. Pretty crazy trade huh? The B’s didn’t stop there.

Not too long after the Dougie Hamilton trade, the B’s sent Big Bad Milan Lucic to the Los Angeles Kings for Martin Jones, Colin Miller and the 13th overall pick in the draft, which turned out to be Jakub Zboril. The Bruins had three first-round picks in their hands, with fans in question, what were they going to do with them? It was speculated whether they would use some, if not all of their first round picks to move up in the draft via trade, or if they would just use all of the draft picks. In the end, they chose to keep the all of the first round picks and took Jakub Zboril, Jake DeBrusk, and Zachary Senyshyn.

Four days later, the Bruins flipped Martin Jones to the San Jose Sharks for NCAA prospect, Sean Kuraly and a 2016 1st round pick. Obtaining San Jose’s 2016 1st round pick gives the Bruins another interesting draft situation. The Sharks and Bruins are both currently trending upwards in the standings. The higher you finish in the standings and how far you go in the playoffs determines where your first round draft pick will be. If the Sharks and Bruins both end up with good seasons, the picks will be less valuable. Having two first rounders is not necessarily a bad thing, but can lead to something better. There is some very solid talent in the 2016 NHL Draft that the Bruins could move up to take. This talent includes likely 1st overall pick, Auston Matthews, the Finnish duo of Jesse Puljujärvi and Patrik Laine, as well as former NHLer Keith Tkachuk‘s son, Matthew Tkachuk. There is also Jakob Chychrun if they move up and decide to bolster their defense.

It will be interesting to see what the Bruins do with their first round picks in the 2016 Draft. 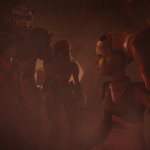 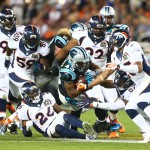