“Monsters” may well be the most eventful episode of the second season of Agent Carter so far, a brisk pace quickly taking us through several big plot points. After Dottie was taken captive by the Council of Nine (now led by Whitney Frost) in “Life of the Party”, we follow Peggy and Jarvis as they attempt to break her out and take her back into SSR custody. Meanwhile, the vial of blood that Dottie successfully obtained from Whitney can now be used to try to restore Dr Wilkes’ physical body.

In my review of “Life of the Party” I talked about how I was beginning to feel that Dr Wilkes was holding the story back, his presence in episodes a constant reminder that his story hadn’t really developed since the second episode of the season. I can see now why that was – his return to corporeal form seems to be important to the direction that the show is now heading in, and even if it took too long to get here (it’s been a good 4 episodes or so since he as a character had something to add to the show) it looks like he might be very important again to the way that things are progressing, and I’m glad to see him return to the forefront of the show, at least for now.

But even with the strength of that particular storyline, I still found the other half of “Monsters” to be the more interesting, which sees Peggy and Jarvis attempt to rescue Dottie from custody of Whitney and the Council of Nine. Dottie is as engaging as ever, even as a hostage about to be tortured, but it is her interactions with Whitney that really make this part of the episode work. Dottie may be a badass, but she’s clearly met her match in Whitney and seeing her realise that is a great moment. I don’t want to go into too much detail about how this particular storyline plays out or how it ends up tying back into the Dr Wilkes focused one (these reviews are spoiler-free, after all), but I will just also touch upon how much I enjoyed seeing Jarvis take on a more serious role in “Monsters”.

He still has his comedic moments (an awkward car ride with Peggy is particularly funny, before evolving into something a little more heartfelt), but at a certain point, Jarvis realises just how high the stakes actually are and acts accordingly. We haven’t really seen this side of the character before now, but James D’Arcy sells his fear and anger incredibly well, helping to give the show the sudden shift in tone that it needed at that point. Once again I find myself having to point out just how much of an MVP D’Arcy is to this series, and I doubt it will be the last time I do so.

With just 3 episodes left now, I’m no more certain about the way that the second season of Agent Carter will end – it has surprised me a fair few times with the direction that it has chosen to take, and although I don’t agree with all the decisions made (I really wish Ken Marino had a lot more to do) I have to say that overall, I’m pretty sure that I’ve been enjoying this season more than I did the first. Here’s hoping that the second season of Agent Carter can use it’s remaining episodes to make me certain of that. 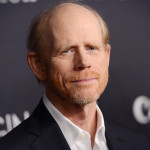 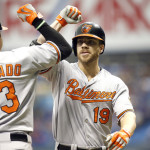