It had been a while since I’ve been able to catch up on any of my anime. I received many recommendations and friendly threats from friends to watch One Punch Man. So I sat down and binge watched all 12 episodes. Adapted from the ongoing manga series and aired by Madhouse, the superhero parody follows Saitama (AKA One Punch Man) with the amazing unbeatable superpower of destroying things with just one punch. Saitama’s adventure starts when he joins the Hero Association to gain recognition with his cyborg friend Genos, who has chosen to be Saitama’s disciple. In each episode they are faced with strange monsters, aliens and demons.

The appeal behind such a strange anime are the characteristics of the protagonist. Saitama’s attitude and behaviour contrasts to what we would expect from a hero. He’s not bothered by anyone or anything. He sees the fighting of evil as a chore, but easy at the same time. His vacant expression and bluntness to other characters makes him funny in many different aspects, as well as relatable. Despite this, he has always wanted to be a superhero when growing up. His hard dedication to training lead to his hair falling out and for him to become such a powerful individual. Other than that, not much else is known about Saitama.

Genos, on the other hand, is more of the stereotypical, handsome cyborg. Genos also has the typical tragic backstory of a hero. After a crazy cyborg attacked his home, he was left alone with no family or friends. Left for dead, he had no hope until Dr. Stench found him and transformed him into a cyborg. With his new found body, Genos set his goal to destroy all evil and destroy the cyborg that destroyed his family. He is a very serious character and wants to be as strong as Saitama, which is the reasoning behind his persistent need to train. Genos is also indirectly made fun of. On most occasions in battle Genos is using all of his specialist techniques, tactics and robotics features to combat villains, for only Saitama to come along and effortlessly destroy them with a single punch. However, he doesn’t show any signs of frustration, just respect. Because of Saitama’s incredible power, Genos believes there is more to his powers then what Satiama’s lets on.

Each episode contains elements of action with the constant death and destruction of different cities under threat. This is parodied by the unconventional superheroes such as the License-less Rider and Puri-Puri-Prisoner, who are lovable characters in their own right. However, they are very hard to take seriously, especially when there is a battle brewing. The range of superheroes is very apparent during the series, all with different classifications. Superheroes are rated by their power and intelligence. Separated by different classes, each hero has to work their way up the ranks to move up the classes. Class C is the lowest classification and it works up to B and A. Then the ultimate superheroes are classed under Class S and are called to major threats from enemy encounters.

Saitama’s heroics constantly puts him in conflict with the public and other heroes, because of his low ranking they believe him to be a fraud when he comes to the rescue of higher classed heroes. He is subjected to verbal abuse and taunts, however, due to his attitude he couldn’t care less. Those heroes who try to be friendly towards him, such as Bang, understands him and sympathises.

Overall, this is a very enjoyable series, and I can now understand the hype around it. The characters make the series. If they followed the typical conventions this anime would have flunked tremendously. Even though there isn’t a set story arc to follow, it was action packed and never dull. Creator Murata Yusuke has confirmed that there are plans in the works for a second season. Hopefully our heroes will be faced with tougher opponents and Saitama will be given a real challenge. I would like to see the development of a big storyline, which allows us to get to know other heroes in more detail along the way. Establishing Saitama an extremely powerful nemesis would be a cool addition, whether it’s taken in a serious or comical approach. Recent reports from several media outlets, such as Lawyer Herald and Christian Post suggest it will be aired around November this year. However, there is a lot of speculation that the second season could be delayed until 2017 as suggested by  other media outlets. There is a lot of potential to what the next season could bring. Like for me and many other One Punch Man fans, we will have to wait and see! 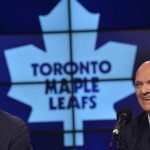