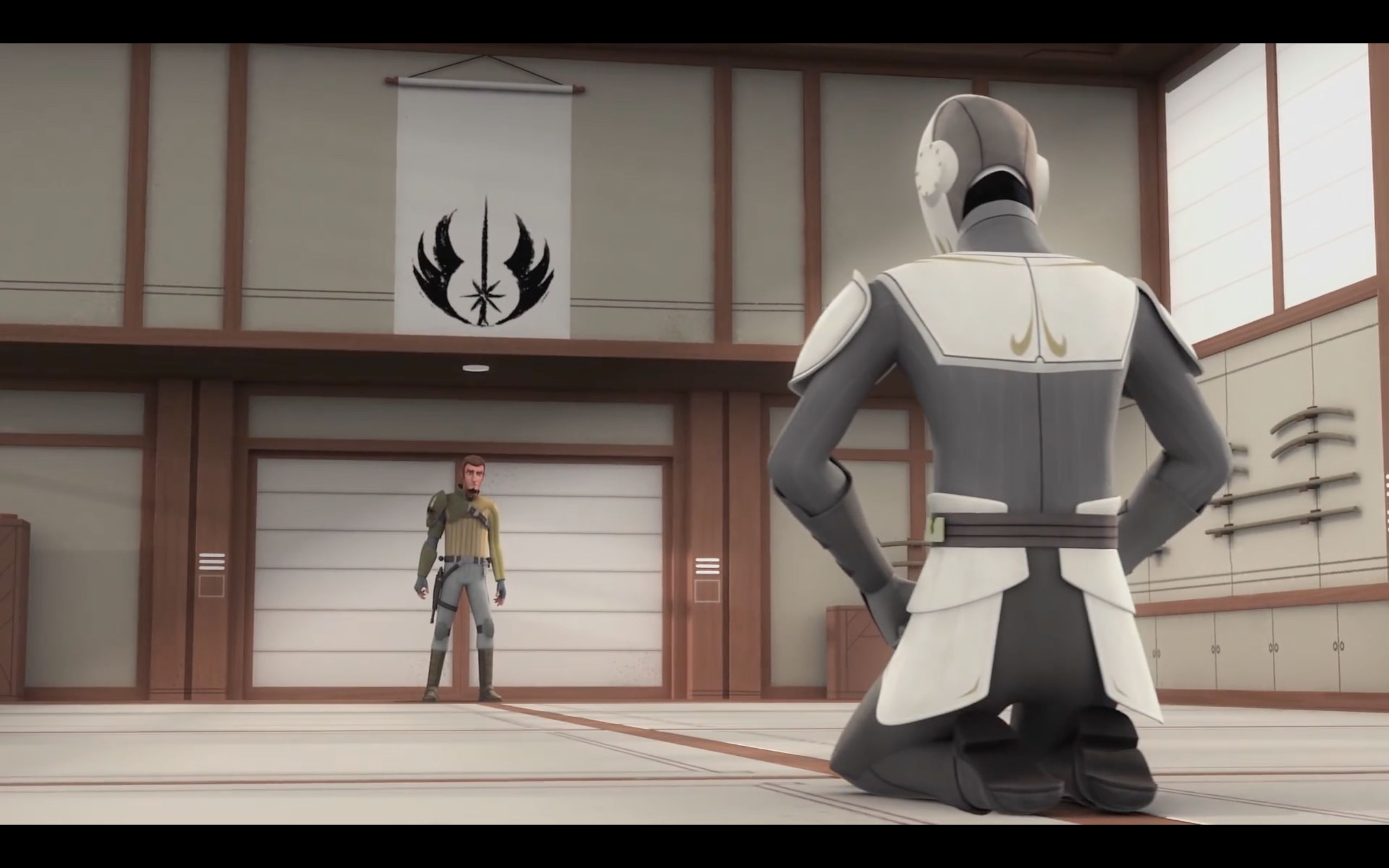 Another week, another episode of Star Wars Rebels.

“They [the Masters] had the answers, well, almost always,” Ahsoka Tano laments in “Shroud of Darkness.” They may have the voice of a distant Jedi Master available, but the Master admits he is just as fallible and susceptible to fear.

Exhausted of Fifth Brother and Seventh Sister’s merciless hunt of them, Kanan figures that the Jedi temple in Lothal, where Ezra was tested as a Padawan, could provide knowledge. Three characters arcs occur simultaneously and yet each story is distributed with an equilibrium of weight. Kanan, Ezra, and Ahsoka may be in the same room and in physical proximity, but their psychological journey is divided by the tricky illusions and visions of the Temple.

The feels are strong with this episode. Now here’s a spot-on Degobah Cave episode of psychological proportions: Kanan growing into—arguably out of—his mentor role, Ahsoka confronting a harsh reality, and Ezra weighting out the ethics of fighting and protecting his friends to Yoda.

Speaking of which, Yoda is voiced with the warm reprisal of Frank Oz. Although the design swap from Yoda character harsh-lined dark-green model from The Clone Wars can be polarizing, reflecting Star Wars Rebels’ more limited budget, it’s also welcoming to see CGI Yoda in this lime-green benign appearance, closer to the Muppet-puppet Yoda of the Original Trilogy. The heft of Oz’s dramatic delivery and the subtle expressions is never diluted, especially by the pauses and frowns whenever Yoda contemplates the red-flags of Ezra’s judgments.

Although placid yet distressed vocal cues from Ashley Eckstein, we’re recapped on Ahsoka’s experience in the Clone Wars, Ahsoka defers to Kanan and Ezra to open the temple, since she had abandoned her affiliation with the Temple, the deeper reasons withheld from Kanan, Ezra, and non-Clone Wars viewers. It’s been missed opportunity that Ahsoka doesn’t interact much with Kanan or Ezra, considering the introspective dialogue they could have about the Jedi Order, but there’s an vindication: she’s reserved about her time there, especially her departure. In a solemn visual, she mediates to holos of her old master Anakin Skywalker, serenely performed by Matt Lauer. Her further private nature is cemented by a mutual gesture between her and the apparition of Yoda, denoting a conversation between them out of our earshot.

Kanan’s arc is the crowning highlight. His vision is personified by a confrontation with a masked Jedi Temple Guard, who announces he must eliminate Ezra since the boy will turn to the Dark Side. Kanan won’t have any of that. Lightsaber combat ensues.

Who is beneath the mask? The late Grand Inquisitor of the first season, or at least, who he once was before his fall to the darkness. No, it’s not a posthumous redemption, it’s an intangible vision of him, a personification of the Force, but no less profound and uncanny. We may get no specifics of the Grand Inquisitor fall, but the crypticness is the charm. It’s a riddle for the ages, one of the great mythical edges of the Star Wars universe. Even though the Grand Inquisitor in “Fire Across the Galaxy” died a servant of the Dark Side, the Force preserved the Inquisitor’s hypothetical lost goodness to reassure Kanan that although darkness is no mandatory path, he still must weight out the reality of being consumed by it. By manifesting this paradoxical phantom of a villain transforming a spiritual ally before Kanan’s eyes, the writers elevate the deceased Grand Inquisitor from a mysterious villain to an enigmatic complex tale about the duality of the Dark and Light Side.

The antithesis is poignant and leads to an unforeseen milestone where Kanan’s earns the ascension of rank that Order 66 deprived him off. Kanan is no longer ensnared in the liminal mold of being an untrained Padawan and a full-fledged Jedi Knight.

The grand motif: surrendering to truth without succumbing. Kanan’s surrenders to the probability that he cannot prevent Ezra’s fall. Ahsoka gives in to the knowledge of her Master’s turn. Ezra may have a step toward the answer (“Malachor” rings bells for players of Knights of the Old Republic), but he’s also blindsided by his impetuous fight-em-all-to-protect-loved-ones temperament, the classic symptom shared with Ahsoka’s former master. It had always been palpable that Ezra veered into the Dark Side, as the Grand Inquisitor and former Jedi Temple Guard had consistently pointed out.

Kanan, Ahsoka, and Ezra will be off to unearth more answers. Sometimes you have to be alone to find answers. Although a capable boy, Ezra has to learn to save himself.

The boy might have to fall on his own without his master Kanan to catch him. 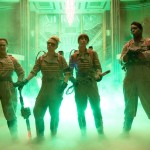 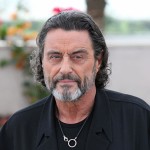