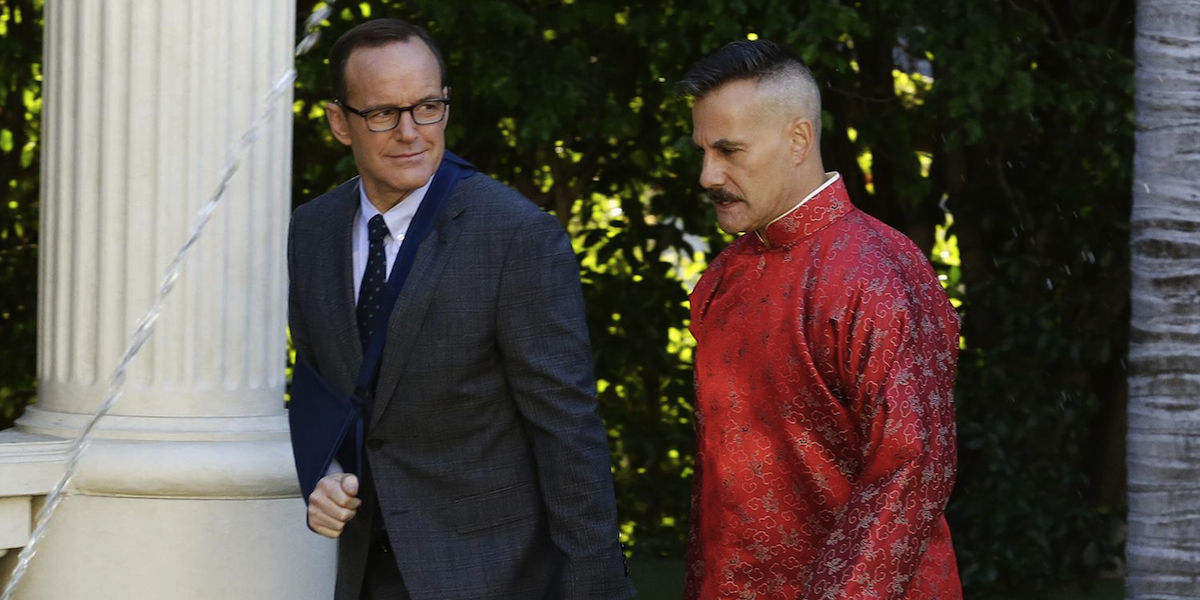 Following on from last weeks Agents of Shield‘s reveal that General Talbot is now in charge of the ATCU, “The Inside Man” sees Director Coulson and General Talbot attend a meeting of world leaders in order to discuss the Inhuman outbreak. However, Coulson believes that Hydra leader Gideon Malick may have an inside man at the meeting, and as such he brings along Hunter, May and Bobbi in order to find out who that might be.

The biggest issue I have with “The Inside Man” is the exact same issue I have with the show as a whole –  as usual, I have no idea if the film side of the Marvel Cinematic Universe is ever going to pay any mind to the TV side of things. That’s OK when Agents of SHIELD was operating in the shadows of the larger universe, but the scale of the Inhuman outbreak and the response to it means that it should have had pretty big ramifications on the rest of the universe by now. But the fact is, it is really unlikely that Captain America: Civil War will in any way reference the fact that there are many more super-powered people in the world now, which (given the focus on ensuring powered people are responsible for their actions) only helps make Agents of SHIELD feel even less relevant to the world it inhabits.

But that isn’t really the fault of the show itself, and as such it wouldn’t be fair to count it against it – especially when “The Inside Man” is otherwise a good episode. Almost as if in response to last weeks “Bouncing Back” which was almost entirely focused on the super-powered side of the show, “The Inside Man” is instead firmly dealing with the spy side of things, making good use of the characters that had little to do last week as well as bringing back some that we haven’t seen in a long time.

The return of these recognisable characters is a large part of why I enjoyed “The Inside Man” as much as I did, and not just because it was fun to see one of the more visually interesting villains that Agents of SHIELD has created so far come back. General Talbot’s boisterous nature mixed with his complete lack of diplomatic skills and his history with Coulson is a guaranteed recipe for comedy no matter what, but he’s also an important part of the story throughout and the main reason for why “The Inside Man” gets away with containing as many little plot twists and reveals that it does – because none of them feel unearned when coming from a character we already know and like.

I also quite like what Agents of SHIELD is doing with whatever Ward-thing is, showing us it regaining strength overtime while it builds an army rather than using it straight away. As far as I know, no one working for SHIELD actually knows that Ward-thing returned from the planet at the end of “Maveth”, and I’m looking forward to seeing the moment that not only does Coulson realise that he failed, but that it is his fault that Ward-thing ever made it back to Earth – especially when the show does such a good job of making it clear how dangerous Ward-thing actually is in “The Inside Man”.

Which means that overall, “The Inside Man” another fun, engaging episode of Agents of SHIELD – one that maybe still feels a little “stand-alone” in comparison to the incredibly fast-paced first half of the third season, but also stronger and more competent as an episode of a TV show. Next weeks “Parting Shot” seems to be setting up the long-awaited Most Wanted spin-off, which I’m very interested in – but after that, I’d like to see Agents of SHIELD pick back up on the season-wide plot sooner rather than later, reintroducing Lash into the show and having the Secret Warriors form for real. We’re so close to seeing Agents of SHIELD finally live up to the potential that it has always had, and I couldn’t be more excited to see where the show goes from here. 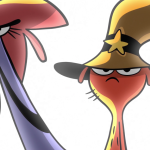