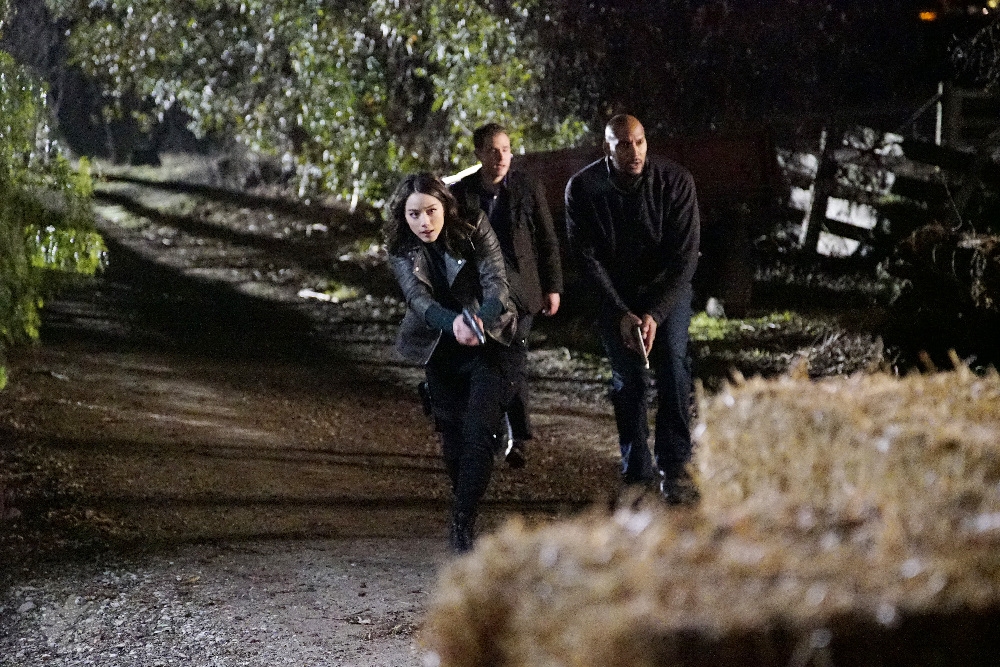 There has been a problem with Agents of SHIELD that has gone unaddressed for a long time now. It’s never been a huge problem, just a minor frustration from time to time, but it’s been there ever since the start of the second season and has shown up in a variety of ways in various episodes. And it all boils down into one, very simple question.

“Exactly how big is SHIELD now?”

It’s not an unfair question. Between the enormous “garage” we see from time to time, the many extras that have appeared over the course of the last few seasons, the large scope of Coulson‘s SHIELD and the fact that they actually had a freaking Helicarrier in storage at one point, it seems safe to assume that they are fairly large – at which you point you have to ask how they have managed to stay underground given the hundreds of employees they have, the large areas of land they must use and the cost of all that military grade equipment. There is an inconsistency there, one not helped when “Watchdogs” has Coulson call Mack into work on his time off thanks to resource issues caused by the loss of Bobbi and Hunter.

I can’t help but think the loss of two agents shouldn’t really throw all of SHIELD into disarray, but that’s the way it is and I can’t see it being an issue addressed anytime soon, so I’ll ignore it. Because beyond that inconsistency that has been nagging at me for some time now, “Watchdogs” is a pretty good episode that tells an interesting story while also letting us spend some time with a character who has never really had much of a spotlight before. The main story sees SHIELD investigating the Watchdogs, an online hate group who have gotten their hands on some experimental weapons and destroyed an ATCU facility. Meanwhile, Mack is finding it more difficult to balance his home life with his work after Bobbi and Hunter left SHIELD, which ends up affecting his relationship with his younger brother.

The fact that the main bad guys of this episode are nothing more than a group of stupid, prejudiced, hateful online trolls co-opted and manipulated by those looking to make use of them makes “Watchdogs” the most relevant episode of Agents of SHIELD ever made, a clear reference to the various hashtags and “organisations” of recent years that have made the Internet a significantly worse place. People like Elliot Rodger prove that there is a real danger behind allowing bigotry a place online, and “Watchdogs” makes that clear in the most obvious way possible – by showing these racist, sexist assholes militarised by someone with an axe to grind. It’s not particularly subtle, but it does it’s job, and I have to admire Agents of SHIELD for having the guts to show the danger of allowing hatred to go unchecked.

But the inclusion of the Watchdogs (who are violently anti-Inhuman) in “Watchdogs” also allow us to see how Daisy reacts when things get personal, and it’s genuinely interesting. We don’t spend all that much time with her in “Watchdogs” thanks to the episodes focus on Mack, but at one point she puts her morals aside in order to threaten someone she only suspects of having information. It turns out she was right, but Mack’s refusal to go along with her plan on ethical grounds is a great way to start to show cracks forming in the team for the upcoming Captain America: Civil War tie-in episode, and Fitz’ clear discomfort at having to help Daisy out here helps drive home the point that the wrong thing for the right reason is still the wrong thing.

But the focus on Mack in “Watchdogs” is actually one of the weaker parts of the episode – a genuine surprise, given how much I like Mack as a character. We don’t really learn anything about who he is that we didn’t already know, much of his time on-screen spent instead introducing us to his younger brother – whose a fine character, but not one I’m aching to see again. I think the biggest takeaway from “Watchdogs” regarding Mack is that like Hunter before him, he isn’t overly enamoured with the way SHIELD has affected his personal life, which makes me worried that Agents of SHIELD might be considering getting rid of Mack as a character – which would be a bad decision, in my eyes.

Which means that “Watchdogs” is the most uneven episode of Agents of SHIELD we’ve had in a while, but one that still contains enough good stuff to ensure it doesn’t feel like a disappointment after the winning streak that Agents of SHIELD has been on for a long time now. I maintain that we need to get back to the larger season wide plot that hasn’t really been dealt with all that much since the mid-season finale, but really I’m just nit-picking – because the back half of season three has given us some really good episodes so far, even if they don’t display the same focus and momentum that the first half of this season did. Still, I do hope that next weeks “Spacetime” can start to bring things together again – but even if it doesn’t? I’m sure it will still be as good as I’ve come to expect from this show. 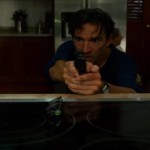