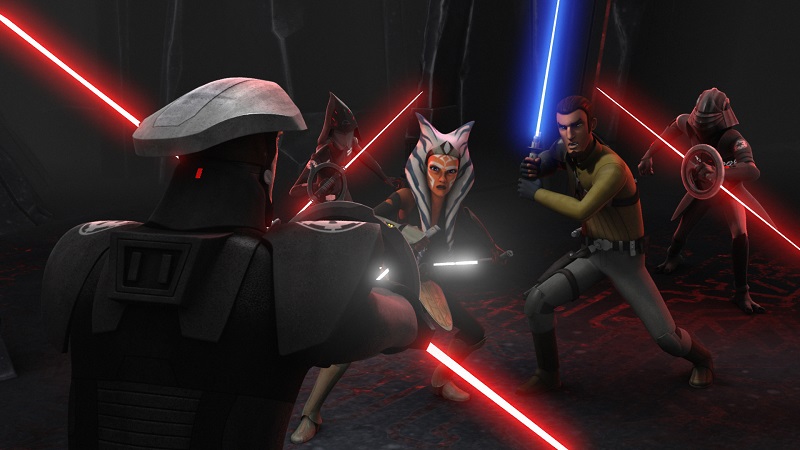 Ahsoka Tano says these arc words: “To defeat your enemy, you must understand them.” What if you are your own worse enemy and you barely understand yourself?

Although this is not a theatrical release, it exploded with a cinema quality on the television screen to the point where Forbes believed it warranted discussion.

Under Yoda’s urging in “Shroud of Darkness,” Kanan, Ezra, and Ahsoka venture into the depths of the mysterious Malachor to a Sith Temple surrounded in a battlefield of petrified bodies in mid-battle.

Engulfed in haunting dust and ambience that echoes an unknown history, Malachor is a riddle. The centuries-old petrified corpses resemble a Pompeii graveyard.  While the circumstances of the graveyard are passed over, the air of mystery prevails, particularly over the history that neither good nor evil emerged victorious in this battle. This is precisely resonate because it signifies that there are forces existing outside of the binary forces of good and evil.

With the emergence of a new Inquisitor, Ezra gets separated from his adult mentors, and Kanan and Ahsoka deduce that the Inquisitor isn’t there for them.

In the interval of separation, Ezra encounters the new Inquisitor’s target: Maul. Not Darth Maul. Maul.

Kanan and Ahsoka managed to de-power the new Inquisitor. Could their answers been received from an interrogated Inquisitor, as Yoda might have suggested? Possibly. But meanwhile, Maul points Ezra to another direction: a Sith Holocron that holds knowledge.

Not surprisingly, Maul spews half-twisted truths, some that provides Ezra’s progress and some that’s dubious. Much like  “The Honorable Ones“ (but without the honor on Maul’s part), Maul and Ezra work out an uneasy alliance through the labyrinth puzzles of the temple, which requires two Siths to solve with ironic teamwork, in a cautiously paced sequence where Maul and Ezra hone heavy pillars in the Force to stagger toward their destination. Even in the moment Maul has a chance to drop Ezra and grab the Holocron, he does not, a wise writer’s punctuation of the boy’s growing misguided trust, even as viewers suspect it’s because he desires further use of Ezra. His words sound more like nourishing encouragement than deceptive in Ezra’s ears. We do believe that Ezra grows on Maul, not as in an adopted son growing on a father figure, but the way a slavemaster tests out a potential pawn.

Maul is truthful about his sob story, not just to the canon-knowledgable fans and viewers of The Clone Wars and comic Son of Dathomir, but also with the degree of embittered war-torn sincerity in Sam Witwer‘s performance.  As a result, Ezra slipping into trusting Maul earns adequate plausibility, considering the adolescent frustration in the earlier episode and backed by his own brushings with the Dark Side dating back to “Gathering Forces.” Though it’s a stretch that Ezra makes the turning point decision to give Maul his true name, but it leads to a compelling moment where Maul, not just to manipulate but even confide, confesses his own identity. Though the situation moves too urgently to have time for this, it is admittedly glaring that Ahsoka and Kanan don’t, or can’t due to time-pressing matters, elaborate on Maul’s murderous exploits of the Jedi and Sith past to at least caution the boy.

Maul and Ahsoka have this compelling similarity: they exist outside of the familiar binary framework of Star Wars Jedi vs. Sith plot as the good vs. evil mark. Ahsoka comes to terms with her the shadow of her former Jedihood, as she has rejected the Jedi prescription of standards and found her own maneuver with the Force with her own lightsaber.  Maul has casted off his “Darth” title in favor of operating as a dark lone ranger, setting his alliance for convenience. The fact that Maul’s alliance gives the good guys productivity against the Inquisitors, Jedi Kanan and Ahsoka, the “part-timer” Maul pricelessly calls her, have to play along with his game as his chestpieces before the inevitable betrayal.

Darkness has swallowed our main characters, but they survived. On a literal level, Kanan is overtaken by darkness in his blindness, perhaps also his metaphorical blindness to Ezra’s veering into the Dark path, but it’s all the more glorious that he wills the Force to guide his senses with the symbolic image of Kanan bearing the Jedi Temple Guard mask. Ezra also survives, even if his state of mind remains clouded after the events.

More traumatizing for Ezra is that he only catches glimpses of the climatic duel of the reunion between Darth Vader and Anakin Skywalker‘s former Padawan Ahsoka, as this confrontation is privatized to the audience’s eyes and seen in the distance through Ezra’s eyes.

Ahsoka’s arc ends up becoming the series-wide, perhaps if not all of Star Wars canon, the Grand Riddle. What transpired between her and Vader (or the visage of the Anakin Skywalker peering from the cracked shell of the persona-mask)? With the serene yet effectively chilling vocal dissonance of Matt Lauer speaking out as Anakin, it is as if, in a flurry of a few seconds, Anakin truly did plea for help toward the apprentice.

“Will she/did she survive Vader?” is a dreaded question, but this is not a matter of the yes and the no, but the maybe, to suspend us in this limbo of uncertainty (but see Musings below). Honestly, as the final interplay of the epilogue is concerned, the question isn’t whether or not Ahsoka had made it out alive. Really, is that once she existed, and then all of sudden, she’s now an elusive puzzle piece to the viewers and the lifetime of the Ghost crew.

It’s our main Rebels crew that achieve closure with a price. The sweep-through cinematography holds resonance in the succession of the theatrical shots: Ahsoka with her back turned from the viewer instead of forward (because forward would tease the certainty of return) as she slinks into darkness, the quick visual baton passing from Ahsoka’s story to the scene of the ragtag Ghost crew as they process what has happened, the loose end of a villain flying off to the future, a blind Kanan in front of a ladder to suggest his uncertain brink of Force-spiritual ascendancy.

That’s the profound blocking of a masterful stage play, with Ahsoka deliberately turning away from the curtain call.

“Twilight of the Apprentice” earns the epic Kevin Kiner‘s ending fanfare of hope. But it’s accompanied by a dissonant image of Ezra’s blazing eyes as he unlocks the forbidden knowledge in the Sith Holocron. Fans knows this is for the worse, yet at the same time, I sense it’s for the best for the progress of events and the quality of Rebels. 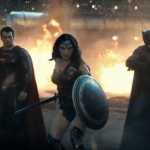