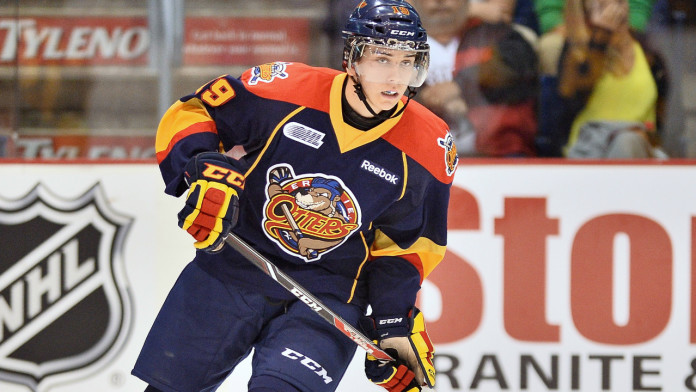 Some teams have some pretty good prospect pools that many may not know about.

The Broad Street Bullies have a bright future in the defensive part of the game. This includes Shayne Gostisbehere, Ivan Provorov, Samuel Morin and Travis Sanheim.

Shayne Gostisbehere: We all know who Gostisbehere is at this point, the Calder trophy candidate can just flat out play and is very exciting to watch.

Ivan Provorov was selected with the 7th overall pick of the 2015 draft by the Flyers. With his second season with the WHL’s Brandon Wheat Kings still in progress, he has amassed 36 goals and 108 assists, good for 144 points, as well as a +100 rating in 122 games, as a defenseman. I wouldn’t be surprised to see the Russian defenseman crack the roster next season.

Samuel Morin: Morin isn’t having the greatest season with the Lehigh Valley Phantoms, but had a prolific four year career with the Rimouski Oceanic of the QMJHL. In this span he has tallied 16 goals and 71 assists, totaled to 87 points along with a +46 rating in 200 games with the Oceanic. The 2013 Flyers first-rounder has some real promise and may well be a big piece of their back end in years to come.

Travis Sanheim, another first-round pick (17th overall, 2014), third season with the WHL’s Calgary Hitmen’s still in progress. In 186 games with the Hitmen, Sanheim has put up 35 goals and 127 assists, good for 162 points and a +62 rating. Another very impressive Flyers defenseman stat line.

The quandary here is that all four of these guys shoot left-handed, not a bad problem to have.

The Yotes are loaded with some high-end forwards. Max Domi and Anthony Duclair, who have already solidified NHL roles, Dylan Strome, Christian Dvorak, Christian Fischer, Conor Garland, and Nick Merkley, all are forwards.

Dylan Strome: Dylan Strome, brother of Ryan, was drafted 3rd overall in the 2015 draft. He has lit up the OHL with Erie Otters. In 184 games, Strome has amassed 92 goals and 187 assists for 279 points and a +87 rating. Last season he took home the OHL scoring title with 129 points in 68 games, partly because of the absence of Connor McDavid for part of the season. Staggering numbers, he should be a force to be reckoned with when he enters the Arizona Coyotes lineup.

Christian Dvorak is a center currently playing for the London Knights of the OHL, along with 2015 Toronto Maple Leafs stud first-rounder, Mitchell Marner. This London Knights team is loaded besides the two along with 2016 first-round projected players Olli Juolevi, Max Jones and Matthew Tkachuk. One of the three could end up as members of the Arizona Coyotes come draft time. In 158 games as a knight 109 goals and 145 assists, good for 254 points accompanied by a +51 rating. That is one scary stat line.

Christian Fischer: After strong seasons with the U.S. U17 & U18 development teams, Fischer has gone on to tally 40 goals and 50 assists for 90 points and a +35 rating with the OHL’s Windsor Spitfires. This impressive right-winger was snagged in the 32rd overall by the Yotes this past year and is looking like great 2nd-round value.

Conor Garland: To put it frankly, Conor Garland has been absolutely tearing up the QMJHL as a member of the Moncton Wildcats. He has played for the Wildcats for four years, but these last two are the more notable. In the past two seasons, Garland has recorded 74 goals and 183 assists, good for 257 points as well as a +47 rating in 129 games. Also, during this past March Garland set the Wildcats Franchise scoring record. This kid is looking like a fifth-round robbery for Arizona at the right-wing position.

Nick Merkley: In four seasons and 182 games as a member of the WHL’s Kelowna Rockets, Merkley has 62 goals, 134 assists for 196 points and a +62 rating. Merkley was drafted just two picks ahead of Christian Fischer in the 2015 draft, and much like Fischer, is looking like a great pick.

Watch out for the Flyers and Coyotes to be dangerous when these players develop. 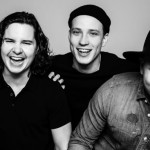