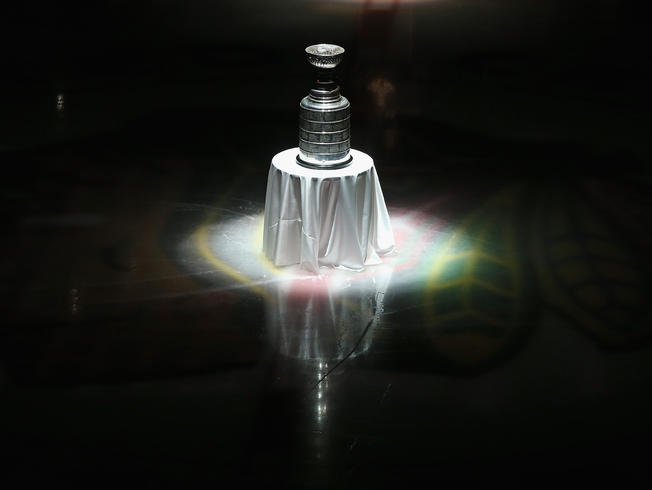 The quest for the cup is on. The Stanley Cup Playoffs are a whole different animal, anything can happen. The best time of the year is here.

Why: Philadelphia has had an impressive end of the regular season run, but unfortunately they will be ousted by the Capitals. This will be an intriguing series with two hungry teams going at it, with a few young, rising stars. It will be a tough task scoring on Holtby and defending the Capitals powerful offense.

Why: The series I am looking forward to the most. These Metro Division foes don’t like each other and have met in the playoffs in the past. This will be the 3rd year in a row they battle it out, advantage Rangers thus far. Like Philadelphia, Pittsburgh is riding out a hot end of the regular season stretch. King Henrik will not allow them to lose in the first round, but it will be a fight to the end between two teams who don’t like each other very much. He will have a tough task ahead of him with Sidney Crosby and a talented group of Penguins forwards.

Why: The possible return of Jaroslav Halak will have an impact on this series. But, regardless, I think the Panthers will take it. This talented bunch headed by Jaromir Jagr will come out hard. Jagr wants a cup and these kids are hungry and have shown the league that they are legit. Roberto Luongo is having a tremendous season in net that I think will translate into the playoffs and be instrumental in their progress. This is the most legitimate shot that the Panthers have at making a run since Lou returned to the first NHL team that he played for.

Why: The Lightning will be without star forward Steven Stamkos, but they still possess the skill to win this series. In a rematch of last year’s first round playoff matchup, the Lightning will go 2 for 2. Ben Bishop is a huge reason why, and he had the best regular season of his career. But, the triplets will need to step up like last year after disappointing regular season numbers to take some of the pressure off. Detroit will hang with them but fall short in the end.

Why: The high-powered Dallas Stars offense will explode with Tyler Seguin back in the lineup. The Wild will have their hands full and have a tough time battling the heat. The boys on the back end and Devan Dubnyk will really have to step up to have a chance.

Why: This is the Western series that I am looking forward to the most because of multiple superstars going at it with both teams having something to prove. The Blues look to finally make a solid run while the Hawks attempt to solidify their dynasty status even further. Marian Hossa, Artem Anisimov and Andrew Shaw will be good to go for game 1. If these three can remain healthy throughout the playoffs, that will lead to only good things. Will it be Vladimir Tarasenko and the Blues or Patty Kane and the Hawks? Experience goes a long way, Hawks will win.

Why: Looking back before Christmas, you were shocked to see where the Ducks stood in the standings. Well, they went on to win the Pacific Division. Never count the Ducks out. Nashville will give them a good series, but it won’t be enough. The Ducks won’t allow this rollercoaster season end with a first round exit. Both teams are very well rounded and both have some solid playoff experience. The Ducks will triumph.

Why: We’ve seen this matchup before, most recently with the Sharks on the receiving end of a first round exit. The Sharks took a 3-0 stranglehold only to be reverse swept by the Kings two years ago. The Sharks will try to feed on the Kings with the thought of missing the playoffs completely last year engraved in their minds. The battle of California will be one of the better series, with the Kings coming out on top.

Why: Lundqvist vs. Holtby is something to anticipate. The Rangers will defeat the Penguins only to lose to the Capitals. Ovi and the gang will need to find ways to score early and often and Henrik will have his tallest task to date in the 2015-2016 season. On the other side, Holtby is not going to give the blue shirts an inch. This Rangers team has the competitiveness to take a few from the Caps and beat them last year, but not enough to move on. This Capitals team is much better than last year and will reach their first conference final since the 1997-1998 season.

Why: This series could get a lot more interesting if Steven Stamkos is good to go, which would be later in the series. Without Stammer, this Lightning team can still win. Seven games and the Panthers will go home with heartbreak, but not without a fight. I am very much looking forward to the possibility of this series and it could realistically happen. Tampa Bay will return to the conference finals.

Why: The Hawks will have their most daunting task of impeding the Stars goal-scoring prowess and besting it. This Blackhawks offense can expose the fairly weak Stars defense and should not have much of a problem scoring goals. Featuring Kane, Toews, Panarin, Seguin, Benn and Spezza, I’ll take it. This is going to be a high-flying an exciting series and the Hawks will move on to the familiar Western Conference Finals.

Why: The Los Angeles Kings will return to the Western Conference Finals in a Duck hunt, but not an easy one. Another battle of California will ensue with the Kings coming out on top and once again reaching the Western Conference Finals. The Ducks have not reached the Cup Finals since the 2006-2007 season in which they beat the Ottawa Senators in 7 games. They will be anxious to do so and will give the Kings quite the series, but will suffer defeat.

Why: Another matchup for the Capitals against a great goaltender. The Lightning will look to repeat as Eastern Conference Champions, but the Capitals will play spoiler. The Capitals bring more to the table than last year’s Rangers team that the Bolts knocked off. Tampa Bay’s defense, especially the big boys on the Tampa Bay back end, will need to stand tall and strike fear into the Caps forwards. Victor Hedman, Jason Garrison, Braydon Coburn and Andrej Sustr are all over 6’2″. This shapes to be a hard-nosed conference final in which the Capitals will emerge the victors.

Why: The two teams who seem to win the Cup all the time. They have actually switched off since the Boston Bruins defeated the Vancouver Canucks in 2011. This will be a series that will go the distance and the Blackhawks moving on. In my opinion, these are the two best teams in the West and this will be a series to remember for years to come. The Hawks will return to territory in which they have become so accustomed to.

Why: This is going to be an incredible series with so much talent on both ends in all facets of the game. The Chicago Blackhawks will further solidify their dynasty reputation by taking down the mighty Capitals in a 7-game, overtime barnburner. Their playoff experience will push them over the top in the end. Artemi Panarin will have the game winner in OT.

Why: Kane will cap off is Art Ross Trophy winning season with a Conn Smythe and his fourth Stanley Cup ring. He is just so clutch in the playoffs and has a true flare for the dramatic. He’s a special hockey player. 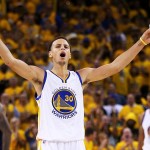