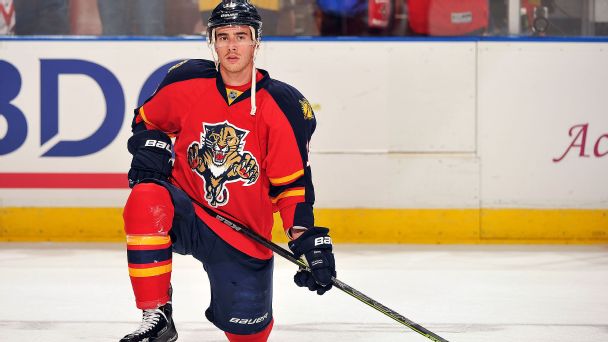 There have for sure been surprises and great performances in the first-round of the Stanley Cup Playoffs and it’s not over yet.

When thinking of the NHL scoring race, names like Patrick Kane, Jamie Benn and Sidney Crosby come to mind. Well, not exactly this year. The current playoff scoring leaders are Reilly Smith and Nikita Kucherov, who are both tied with 8 points. While their names are both somewhat surprising to see, Reilly Smith jumps out a little more. Reilly Smith is looking like a very solid pickup by Dale Tallon. He was acquired by the Florida Panthers from the Boston Bruins along with Marc Savard’s contract on July 1, 2015 for Dorchester native Jimmy Hayes. His explosive first-round is further showing that the Panthers have won the trade so far, while Jimmy Hayes has struggled on the score sheet and maintaining playing time with Boston. Letting go of Marc Savard’s $4 million cap hit will be beneficial to the Bruins though. Nikita Kucherov’s solid start to the postseason is not as much of a surprise as Smith’s. Kucherov broke on to the scene as a part of the triplet line along with Ondrej Palat and Tyler Johnson and has put up 60+ points in the last two seasons. His productivity from the 2015 Stanley Cup playoffs has carried over and has been instrumental in the Tampa Bay Lightning’s success. This includes 2 power play goals in the Bolts 3-2 game 4 win over the Detroit Red Wings and the league lead in playoff goals scored. He had 22 points in 26 playoff games last year before falling to the Blackhawks in the Stanley Cup Finals. It will be interesting to see if the Panthers and Bolts move on to win their respective first-round series’ and play each other in the Eastern Conference Semifinals. John Carlson has also been playing very well and is tied for the most playoff points on the Capitals with Nicklas Backstrom. Carlson currently has six points, including two goals that started off the scoring in games one and two of Washington’s first-round series against the Philadelphia Flyers. As most hockey fans know, scoring first in the playoffs is huge and generates momentum. The Capitals will look to close out their first-round series in 5 games on Friday.

First-round exits for the Chicago Blackhawks and Los Angeles Kings?

The defending Stanley Cup Champs are in a big hole right now, down 3-1 to the St. Louis Blues, one game from elimination. The Hawks haven’t lost in the first-round since the 2001-2002 season, ironically enough to the Blues. The Blues advantage in the series is not much of a surprise, but the fact that Patrick Kane and Jonathan Toews both have not scored a goal is. The Kings are in the same situation as the Hawks, facing elimination at the hands of the San Jose Sharks. Winning this series would be sweet redemption for the Sharks, as they were reverse swept by the Kings in 2014. Seeing the two teams who have switched off winning Stanley Cups since 2012 not get past the first-round would be shocking. The Hawks and Kings will look to stay alive in their respective games 5’s in the next couple of days.

In case you missed it, in game 3 between the Philadelphia Flyers and Washington Capitals, Flyers fans showed tremendous amounts of disrespect and classlessness. To make things worse, they put on this display during their home playoff opener and on a night in which they honored Ed Snider, who passed away on April 11. Ed Snider founded the Philadelphia Flyers in 1967 and was the owner of the team ever since. The Flyers then went on to get pumped 6-1 and were penalized during the game because of their inconsiderate and just flat out stupid fans. It got to the point where Flyers PA announcer, Lou Nolan, called out the Flyers fans. What a way to honor someone who did so much for your organization, by throwing light-up bracelets on the ice and pouting. Grow up, Flyers fans.

Here is a video Lou Nolan of what had to say: 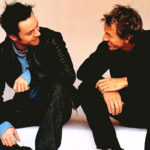 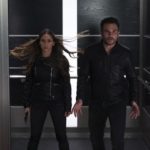