Canadian singer and songwriter The Weeknd released his third studio “Starboy” on November 25th, 2016 on XO and Republic Records. The Weeknd takes a more of a electronic feel on this album and teams up with EDM team Daft Punk to help him deliver the vibes. This project for me shares similarities to Pharrell Williams sound when he teamed up with Daft Punk a few years back.

In 2015 The Weeknd’s album “Beauty Behind The Madness” became a commercial success, and it was then when he hinted at a third studio album on his Instagram calling it the next chapter to his music. In August 24th of 2016 executive vice president of Republic Records confirmed that The Weeknd would be collaborating with French EDM duo Daft Punk, and in September 2016 the album was confirmed to be in production. “Starboy” was listed with a star studded guest list including Kendrick Lamar, Lana Del Rey, Future and of course Daft Punk.

On September 22nd the official first single was released entitled “Starboy”, it was co-written by The Weeknd and Doc McKinney and Henry Walter, whom also assisted Daft Punk in production of the track. The video for the single was nominated for best video at the 2016 MTV EMA’s a day before its release, leading many observers to wonder whether it was included based on merit, or instead as a result of the singer’s popularity on the channel. “Starboy” reached number 1 in various countries including Canada, Denmark, France, New Zealand, Norway, Mexico and Sweden, whilst it also hit the top 10 in Australia and the United Kingdom.

It was on November 23rd when The Weeknd released a 12 minute long short film to promote the album, it was directed by Grant Singer. The short film called “M A N I A” featured songs off the album including “All I Know”, “Sidewalks”, “Secrets” and “Party Monster”, whilst also featuring background vocals from Lana Del Rey. The album “Starboy” generally received positive reviews from music critics as online music Metacritic rated the album 68 out of 100 based on 21 reviews.

Me personally I have never been a major fan of The Weeknd, but it was the song “Starboy” that made me think that his teaming up with Daft Punk might be the spark he needs to re-energise his music. It was probably his mega smash “Can’t Feel My Face” that really put this artist on the map, and exactly like that song The Weeknd still manages with this album to deliver his bluntness about intoxication and sex. On the track “Rockin'” hes on Adderall and spurning a clingy girl to “Ordinary Life” he gets wishful midway through a blow job. One notable credit aside from Daft Punk I have to mention is the talents of Lana Del Rey who not only co-writes the track “Party Monster” but also lends her vocals to the song “Stargirl Interlude”, which personally I think is the best track on the whole album. Then of course we have the two Daft Punk features the opener “Starboy” which is an acknowledgement of his celebrity status, and also they have “I Feel It Coming” which almost vocally puts The Weeknd on par with the great Michael Jackson.

If there is one problem here on the album, like most of The Weeknd’s songs before they can become quite forgettable. But on the plus side The Weeknd has chosen the right songwriters and producers to make this album a success, including the mastermind pop genius and Grammy award winning producer Max Martin. I think “Starboy” delivers some good pop gems and contains a few highlights, but for longtime fans that believe the Weeknd is one of the major R&B artists of the decade, “Starboy” will ultimately seem like a disappointment. 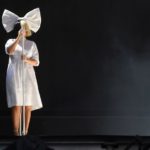 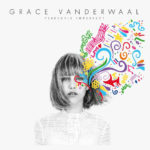