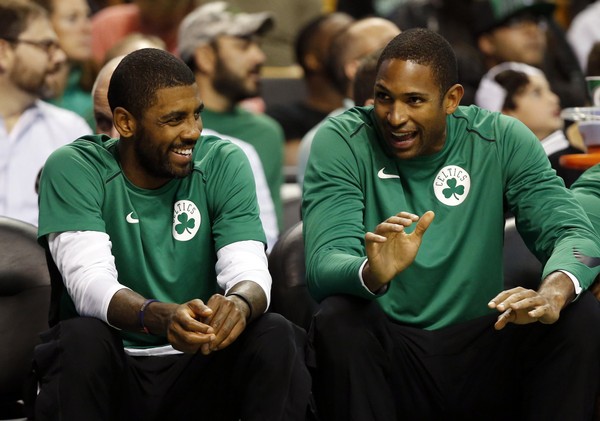 The 2017-18 NBA Season is already in full swing and there have been a lot of surprises early in the season. There is much to discuss with all 30 teams vying for the chance to win the Larry O’Brien trophy in June. So let’s separate the pretenders from the contenders in the first ever Outloud Culture’s NBA Power Rankings. For this first list, we will be looking at teams’ records based on the last ten games they’ve played this season.

Though they’re missing Gordon Hayward, who is out for this season, The Boston Celtics haven’t missed a step, thanks in part to Kyrie Irving and Al Horford. Boston will continue to improve, as long as they remained atop of the Eastern Conference.

The defending NBA Champions may have stumbled out of the gate early, but they managed to find their footing through their defense. The Warriors have won four in a row, and that’s only the beginning.

The good news for the Rockets is that they’re in first place of the Western Conference. The bad news is that Golden State will take away sooner than later. On top of that, Chris Paul hasn’t returned since his debut for the Rockets when they defeated said Warriors on opening night. Paul is expected to return back to the Rockets in two weeks. Whether or not Houston can hold on to the top spot of the Western Conference before then will have to be seen.

As one would or wouldn’t expect, the Wolves are making strides in the West, thanks to the leadership of Jimmy Butler and the rising stardom of Andrew Wiggins and Karl-Anthony Towns. For the moment, Minnesota is looking like a playoff contender, but as the season progress, will they remain at the top, or will they find themselves in the middle of the pack?

DETROIT BASKETBALL is finally making a statement of its own, thanks to players like Tobias Harris, Reggie Jackson, and Andre Drummond. No one would expect the Pistons to be one of the top teams in the East right away, but then again, this is the Eastern Conference we’re talking about here. If all goes well, Detroit will be in the playoffs.

No Zach Randolph. No Vince Carter. But yet the grit and grind mentality remains. Don’t be fooled or take Memphis for granted, they will continue to fight in a very intense Western Conference. That’s who they are. Marc Gasol is still consistent, and Mike Conley’s only going to get even better.

What if I told you that the Orlando Magic would jump out of the gate and be one of the top teams in their division and in the conference? What if I told you the reason that the Magic are there in the first place is because of how weak the East is right now? What if I said that it was all perfect timing? Either way, Orlando has been the surprise team in the East, mainly to their athleticism and length. This Magic team is as fun as their nickname, but how long that fun remains will have to be seen.

Portland’s got some good things going for them. Damian Lillard and C.J. McCollum are one of the bet backcourt duos in the league and Jusuf Nurkic is a gold mine. With two wins in a row lately, Portland will look to continue climbing in an arduous Western Conference, and hope not to slide off.

If you’re shocked to see the Spurs in any place lower than second or third place of the Western Conference and even on this rankings article, stop it right now. Sure, the Spurs are without Kawhi Leonard and they got back Tony Parker, who was assigned to the team’s G-League affiliate team in Austin, but Manu Ginobili has been turning the clock back and players like Kyle Anderson are getting some decent playing time. Do not doubt the Spurs, I repeat, do not doubt the Spurs.

The Sixers are currently tied with the Washington, Toronto, and New York, but what separates them from the pack is that they’re on a four game winning streak. Despite the Jahlil Okafor trade discussions, the only focal point for the Sixers should be on Joel Embiid’s improvement and Ben Simmons making a run to win Rookie of the Year.

What a time to be a Knicks fan, or in this case, a fan of Kristaps Porzingis, who scored a career high of 40 points against the Indiana Pacers. How long will the magic of the Unicorn continue to flourish in Madison Square Garden will have to be seen, but for now, the Knicks should enjoy Porzingis…for now.

The Wizards took a big loss against the Cleveland Cavaliers, which saw LeBron James put up 57 points and become the youngest player to reach 29,000 points. Another loss would be seeing John Wall’s arm in a sling after Channing Frye threw himself onto Wall’s shoulder. The Wizards will have to continue on until Wall returns.

The Raptors are having a decent start, but that’s not likely to continue at this pace. They lost to the Wizards at home, but their next four games include matchups against Chicago, Boston, New Orleans, and Houston. Those are games that Toronto will need to win before having their rematch with the Wizards again.

Two nights ago, the Clippers lost to the Heat in a dramatic game, but they also lost Danilo Gallinari to a hip injury, too. The Clippers now face some tough tasks ahead as they face San Antonio, Oklahoma City, New Orleans and Philadelphia. The Clippers also face trying to find consistency to their game as well.

Welcome to the Lonzo Ball era, Lakers fans. The Lakers have a two game winning streak going, much like the New Orleans Pelicans. They also have some tough matches ahead when they go up against long time rival Boston, as well as Washington, Milwaukee, and Phoenix. This should give time for Ball to actually Ball, who hasn’t had much looks in the Lakers’ last two wins.

New Orleans, much like the Lakers, are also on the outside looking in when it comes to the Western Conference standings, despite having  a .500 record. They face Indiana tonight, but they also have Toronto, L.A. Clippers, and Atlanta as well. As long as New Orleans have Anthony Davis and DeMarcus Cousins, they should be fine.

The Nuggets won in dramatic fashion against Miami and were blown out against Golden State in their last game. Despite having a .500 record, the Nuggets will continue their home stand against Brooklyn, Oklahoma City, and Orlando before hitting the road to face Portland. Expect the Nuggets to continue improving.

The Hornets came up short against the Spurs and the Wolves in their last two games, but their next four will provide a test in teams like Boston and Cleveland, and even interesting contests with Chicago and New York. Charlotte will have to push through in order to get some leverage for Kemba Walker and Nic Batum.

The Pacers beat Cleveland, only to lose to New York and Philadelphia thereafter. They’re on the cusp of reaching the top eight in the Eastern Conference, but it will not be easy as New Orleans, Detroit, Chicago, and Houston will stand in their way. This should prove as a test of sorts for Myles Turner, who looks to lead the Pacers.

The Jazz have lost the last two games against Toronto and Houston, but somehow remain in the top eight of the Western Conference. That will all be put to the test as Philadelphia, Miami, Brooklyn, and Minnesota comes to challenge them as their next opponents.

Carmelo Anthony, Paul George, and MVP Russell Westbrook lost some tough games against Boston and Portland, but with Sacramento, Denver, L.A. Clippers, and Dallas as their next opponents, they should have no problem getting back on track and winning some games. The season is still early, so don’t doubt the Thunder making the top eight of the Western Conference.

The good thing about the Milwaukee Bucks is that they have a centerpiece in Giannis Antetokounmpo, but the bad thing here is that the Milwaukee has lost three straight. The Bucks can get it together in a must-see matchup against LeBron James and the Cavaliers tonight, followed by San Antonio, L.A. Lakers, and Memphis. A Giannis vs. LeBron matchup is truly a clash of the Eastern Conference titans.

Brooklyn got a nice win over Phoenix after losing to the Lakers. The Nets remain out west as they face Utah, Portland, and Denver, before coming home to face Boston. D’Angelo Russell has been the focal point for Brooklyn, putting up 21.3 points per game and logging in 27.9 minutes per game.

Towards the end of last season, Miami was playing some inspiring basketball that led them to a 30 and 11 record. This season, there’s seems to be much of a hangover for the Heat, mainly with their consistency. The Heat start strong in the first half, only to fall apart in the second half and try to scramble their way back in the game. Last night’s game against Golden State, and even against Denver and L.A. Clippers were jarring examples of said inconsistency. Miami will have to improve on that inconsistency when they face Phoenix.

Never would anyone imagine that the Cavaliers would start off with an abysmal 4 and 6 record. After opening their season with a win against Boston, things have been very inconsistent for the Cavs sans LeBron’s stellar playing. After dropping against Atlanta, they have a marquee matchup against Milwaukee, followed by matchups with Houston, Dallas, and New York. Cleveland will have to get it together.

The Suns lost a tough game against Brooklyn as well as losing to New York and San Antonio, but now they take their focus on Miami tomorrow, followed by also hosting Orlando, Minnesota, L.A. Lakers, and Houston. With the Eric Bledsoe drama behind them, the Suns can now move on with Greg Monroe coming over from Milwaukee.

The Bulls begin their rebuild this season and it is going to be a very arduous one. Bobby Portis rejoins the team after a confrontation with fellow teammate Nikola Mirotic, but what does that do for the team chemistry? In the Bulls’ defense, they do have a building block in Lauri Markkanen to revolve around.

The Hawks are also rebuilding, but they some interesting pieces that stand out, mainly Kent Bazemore, Dennis Schroder, and John Collins, who’s been highly productive for them. Despite being a playoff fixture since 2008, the Hawks will have to pump the brakes on their playoff hopes and will have to continue hitting the restart button.

The Kings have veterans like Zach Randolph, Vince Carter, and George Hill leading the team, but the focal point has to be on De’Aaron Fox. Sacramento dropped their last two games against Indiana, Boston, and Detroit but now they face Oklahoma City, Philadelphia, New York, and a rematch against Washington.

The Mavericks continue to slump, despite the performance of Dennis Smith Jr. They’ve dropped their last two out of three against the Clippers and the Wolves. Dallas’ next opponents are Washington, Cleveland, Oklahoma City, and San Antonio. Not an easy outing for the Mavs, but Dennis Smith Jr. is giving them a glimpse into the future.

And that’s the first NBA power rankings for OutLoud Culture. There will be another one coming soon. 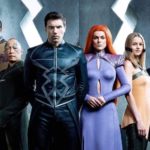 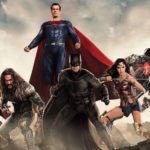