“Girls Like You” is the brand new single from pop group Maroon 5, which appears on their 2017 album “Red Pill Blues” but has been revamped in a single version featuring music’s hottest rapper Cardi B. This new single is so refreshed it sounds like a new lead single for a new album, full of electronic synths and acoustic strumming that build up a pop influenced production. Cardi’s added verse into the track give it a whole new fun and charismatic spin, and this song could wind up being something of a hit because of her addition. “Girls Like You” is the fifth official single taken from the standard edition of the album, following the success of “Don’t Wanna Know” and “Cold”, both singles smashing the charts and retaining their position in the top 10 for some time.

The music video for the single I love and includes some cameo’s from some incredible women like, Camila Cabello, Gal Gadot, Sarah Silverman, Jennifer Lopez, among others. Cardi B has been on a music rampage lately, in the last 10 days she has released the videos for “Be Careful” and “I Like It” as well as appearing in J.Lo’s video for “Dinero”. Now she claims her spot in this dynamic video by Maroon 5, and the group also manage to highlight several feminist activists and authors throughout. With it being a female appreciation video, the sweetest moment comes at the end of it, when Levine stops singing and turns to hug his wife, Behati Prinsloo, and their 1-year-old daughter, Dusty Rose.

The newly revamped single was recently revealed during the bands “Red Pill Blues” tour with Julia Michaels. This is a fantastic song, video and appreciation. Be sure to let us know what you guys think, you can hit me up at neillfrazer@hotmail.com ….enjoy 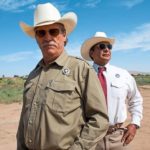 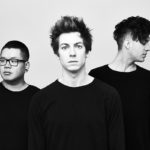