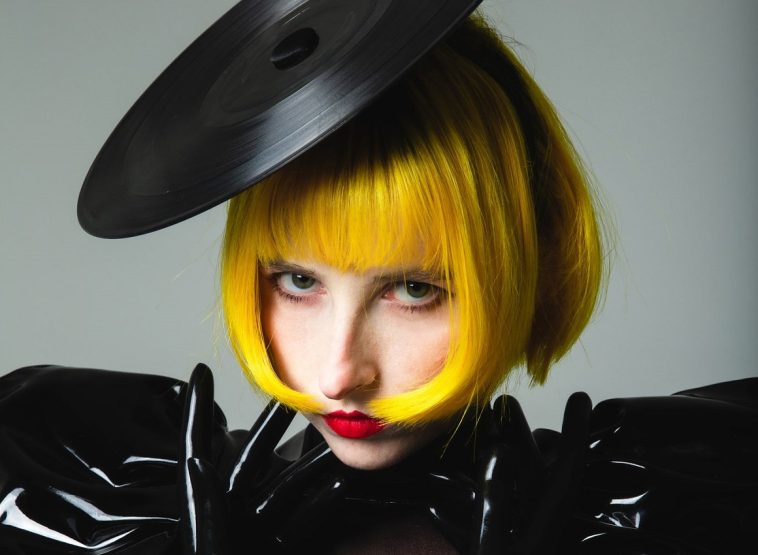 The new single continues the dynamism of Tessa’s new era, delivering a one-two punch of slick alt-rock and earworm electro-pop defining a distinct sonic realm of Tessa’s own. Backed by shapeshifting production, the driving track is a spunky celebration of life’s inevitable lows, of which Tessa describes, “When you hit a new bottom and you think fuck it, dance party in hell.”

Alongside the new single comes the announcement of Tessa’s 2022 N. American headline tour, which will kick off Aug 30 and go on to traverse 23 markets. Tickets are on sale this Friday, May 27, 9amPT/12pmET. Catch Tessa next at Bottlerock festival this weekend. See full date listing below. Tickets available here.

Directly after wrapping her headline tour, Tessa will join Cavetown on their EU+UK fall 2022 tour as direct support, joined also by Orla Gartland on select dates. The run comes on the heels of Tessa’s direct support slot on Cavetown’s spring 2022 N. American tour.

I’m Emily Jean Flack, a singer-songwriter from London, Ontario. My heart is at the piano, where I write all of my songs. My story started in 2016 when I moved to Ireland to pursue my MA in Traditional Irish Song at the Irish World Academy, part of the University of Limerick, and ended up writing my own contemporary folk songs, which resulted in my 2019 EP, Throwing Shapes.

My upcoming single is about simply telling someone far away that you love them for who they are, and no matter how far apart the world takes you.

Don’t go changing for the world, your heart is where I’m home”

The world is beautiful and humbling. Despite the fact we can’t control much in life, we definitely can tell the people we love that who they are is enough.

I love that we can hear this as a love song as well as a message to all people – don’t go changing for the world. We’ve all got something unique to give. Lean into it. Be who you are.

Nashville’s Chamber have surprise released a brand new EP “Carved In Stone” via Pure Noise Records.
Chamber have delivered some of their most frantic, visceral, throat-ripping music to date and you can listen to lead single “Cellophane Form” here.

“Over the past few years we have taken time to refine and improve our vision for Chamber; expanding our sound through the same chaotic lens.” says the band.  “We have been working towards a new album song by song, making sure that each one embodies the heart of our band while pushing us in new directions. Carved In Stone is part of the outcome of 2 weeks we spent recording with our friend Randy LeBoeuf in Belleville, NJ last November. As we continue writing for our second album, we’re so happy to finally share new music with everyone.”

indie-pop singer / songwriter, RYMAN, is thrilled to release his new single “Go Away” that is out now along with the music video that is featured on Nashville.com.

RYMAN says, “I use songwriting as a form of therapy. It really allows me to process life’s ups and downs. I wrote this song with my friend Oscar Charles and it came straight from the heart. As soon as I wrote the chorus, it instantly became one of my favorite songs I have ever written. I hope it helps others like it helped me.”

emerging Irish trio Rowan release the downtempo, sincere title track of their long-awaited debut album, Does It Make You Happy?, alongside an accompanying video, ahead of its May 6th release via Beverly Martel. The 11-track LP is available for pre-order now.

The album’s title track, featuring Canadian multi-instrumentalist Ariel Posen, came to the band quickly and naturally as it vulnerably explores abusive behaviors within relationships and wanting more for oneself. Dylan Howe (vocalist) explains, “It was like a surge of energy just shot through me and it was finished. It’s the song I resonate with heaviest on this album, it deals with abusive behaviors in a relationship and, in retrospect, how I should’ve demanded better for myself.”

The video, directed by Chris Buckley, depicts shots of the band melancholically performing the song as Howe gazes into the camera. Between shots of the band performing, a couple is shown holding each other and gracefully slow dancing as if to be the only two in the world.

Hailing from Battersea, South London, Skeamer was raised by the old stomping ground of UK garage legends So Solid Crew: which proved instrumental to Skeamer’s musical inspiration. Paired alongside the hardships of growing up on the notorious Winstanley estate in Clapham Junction, Skeamer’s music reads like a deep, perilous character study.

Following the release of his latest ‘Black Roses’ album, a 15-track body of work with guest appearances from Potter Payper, Ard Adz, Scorcher, Snap Capone, Skore Beezy, Sai So, Burner, Wrecker, Deezy, and RM, the British rapper has delivered an album that’s filled with grit from start to finish. Backed by his collective OJB, Skeamer pulls from a variety of genres to create a versatile body of work that aids in solidifying his prolific, hard-hitting bars and soul-bound introspection.

Featured on his highly anticipated album, ‘Omerta’ is a fired-up track with features from fellow UK veterans Snap Capone, Skore Beezy, and Burner. Built over a menacing production, each emcee takes there turn to deliver a slew of hard-hitting bars, forming the ultimate wheel-up worthy, and gritty track.

My name is Jennifer Di. I am writing to share my band Evil Tongues‘ latest single with you, entitled “Energy For This.”

The song was inspired by a previous relationship where I had moved provinces to be with my partner. Over the course of a year, the relationship gradually fell apart.

I became a shell of the person I used to be, dealing with isolation, anxiety, depression and insomnia. This track focuses on where I was mentally in the months leading up to me deciding to leave the province and ultimately end the relationship.

Musically upbeat and positive, you can hear the juxtaposition of the anger and desperation I felt by hearing “Energy For This” on your preferred platform.

Check out the official lyric video for “Energy For This” on YouTube.

The line Needles wearing thin, records over played refers to this one perfect day, amongst all the chaos of our relationship ending, where my ex and I were laying on the floor listening to records and talking for hours.

It was probably the last moment where I really felt like we were the people that had fallen in love with each other, yet there was an underlying sadness to it, because I think we both knew we were nearing our end.

Thank you for taking the time to listen,
Jennifer of Evil Tongues

Hot on the heels of his impressive debut EP ‘Conversations With The Moon’, Wishful Thinking is a joyous next move from the 20 year old, marking a new chapter.

As a self confessed hopeless romantic, grentperez has been making his mark with his sweet intricate songwriting and swooning melodies that poetically depict matters of the heart. Explaining more about his new single, grentperez shares “Wishful Thinking is about a relationship that’s yet to be, to daydream a lifetime’s worth of love from the first moment you met that special someone. I thought of this song as if I lived in a world where I didn’t ask my current partner out, how I’d probably spend my days wandering around. This song was also heavily influenced by cheesy 2000s movies, such as ‘13 going on 30 / suddenly 30’.”

I’m Juliana Eye, an alt-pop singer and multi-instrumentalist based in Toronto. I’m drawn to pop melodies and 90s guitar tones, which contributes to my unique blend of nostalgia and melancholy.

My latest single, “Wasted Youth,” is an upbeat, coming of age tale about the struggle of adolescence, and reflecting on painful experiences that shape us.

“Wasted Youth” was inspired by the idea of looking back on your life, seeing all that you’ve endured, and celebrating how much you’ve grown. I wrote the chorus of this song while driving my car and sitting in traffic, just working through the idea of lost time and being frustrated. I hope this song elicits feelings of hope for the future, and knowing things can change.

Look for my upcoming EP, featuring “Wasted Youth,” out later this year!

After a very impressive first year as a band, from being played on BBC Introducing and XS Manchester to playing for This Feeling and supporting fellow Leeds up and comers ‘Skylights’, they can hold their heads up high after a successful debut year as an act.

2022 is the year they wish to break forward and hit new targets, with releasing more music than they ever have and playing as many live shows as possible. It looks to be a very busy year for them.

Plastic World is one of the bands newest and freshest tracks. Recorded at Old Chapel Music Studios in Leeds, a great studio that has hosted the likes of Pigeon Detectives and Kaiser Chiefs in recent years. The track was mixed by Grammy nominated producer Alex Newport who has worked with the likes of Death Cab for Cutie and Bloc Party

Influences include; The Strokes, Arctic Monkeys, Talking Heads, Echo and the Bunnymen and many more. 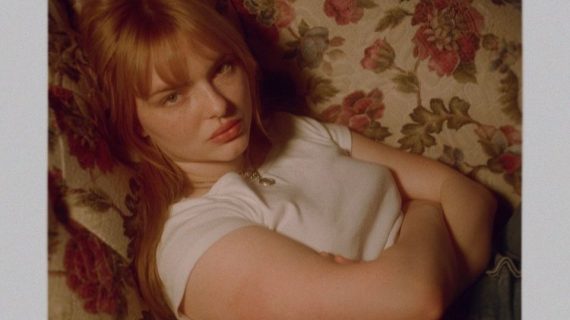