Coldplay – “My Universe (feat. BTS)”: This song is taken from Coldplay’s ninth studio album, Music of the Spheres. It is the tenth track on the album and features South Korean K-pop boy band BTS. It was released on September 24, 2021, through Parlophone and Atlantic Records as the album’s second single. The official music video premiered on September 30, 2021. The song features both English and Korean vocals and marks the first musical collaboration between Coldplay and BTS. On the concept of the album, the track represents Epiphane, the ninth planet on The Spheres solar system.

“My Universe” debuted at number one on the Billboard Hot 100, becoming Coldplay’s second US chart-topper after 2008’s “Viva la Vida” and BTS’ sixth. The single is also the first track by two co-billed lead groups to top the chart and the first song by a British group to debut at number one in the United States’ history. It premiered at number three on the UK Singles Chart and claimed the biggest week of downloads for a song so far in 2021, while also debuting within the top ten of Australia, Belgium, India and Japan; and the top twenty of other seven countries, including Germany, Norway, Ireland and New Zealand.

Calvin Harris – “By Your Side (feat. Tom Grennan)”: “By Your Side” is an EDM tune that harks back to Calvin Harris’ early and mid-2010s singles. Released on June 4, 2021, when many artists were dropping music influenced by the COVID pandemic, it’s a throwback to happier times. Harris told Apple Music’s Zane Lowe he’d started on the song a while back but had forgotten about it until he was going through some of his old demos. When he listened back, it jumped out at him and Harris thought, I should finish this. “It felt nostalgic to me in a nice way,” he said. “The sort of thing that nobody else is making.”

Zara Larsson – “Love Me Land”: “Love Me Land” is a song by Swedish singer Zara Larsson, released through TEN Music Group and Epic Records. It was the lead single from Larsson’s third studio album Poster Girl. It was co-written by Larsson with Julia Michaels, Justin Tranter and Jason Gill, the latter also producing the song. It has been described as a “a pulsating, attitude-filled dance-pop track.”

KSHMR – “Ready To Love”: EDM music star KSHMR Goes for a brand new summer anthem ‘Ready To Love‘ via Dharma Worldwide. Describing the song KSHMR says: ‘Ready To Love’ is a track I’ve wanted to release for a long time. It started with the incredible vocal by August Grant. Then I got my friend Nathan to play the sax, which took it to a new level. Sam Feldt added production and it was going to be a collaboration but he felt his sound was going in another direction. Finally, after years of tweaking the song is ready to come out.

Justin Bieber – “As I Am (feat. Khalid): “As I Am” is a song by Justin Bieber, featuring vocals from American singer-songwriter Khalid. It was released through Def Jam alongside Bieber’s sixth studio album, Justice, as the third track from the album. Bieber and Khalid wrote the song with Scott Harris, Gregory Hein, Ido Zmishlany alongside producers The Monsters & Strangerz, Josh Gudwin, and German. In an interview with Vogue Bieber spoke on the single saying that it was about the promises that he made to his wife Hailey Baldwin:

“I love this song because it has a really hopeful message. A lot of us, including me at times, have felt unworthy of love and so [the hook] is saying, ‘Take me as I am and I’ll do the best that I can.’ It’s that commitment that I personally made to my wife. I’m here through thick and thin—this is me, take it or leave it.”

blackbear – “u love u (feat. Tate McRae)”: Multi-platinum singer/songwriter/producer, blackbear, released a brand new single featuring Tate McRae, “u love u” from his upcoming EP misery lake. The song was produced by Andrew Goldstein (5 Seconds of Summer, blackbear, Lauv, All Time Low, Yungblud). Both artists spoke on the song saying

“u love u is the first single off of my EP misery lake,” says bear. “It’s an EP about isolation and feeling alone I made at the very end of quarantine before I got vaccinated. u love u is the perfect blend of nostalgic synths and new school drums that paints a picture of what it’s like to be in a relationship with a person who loves themselves so much that you feel alone. The opening line, ‘it’s been over for a year or so, I should have left a couple tears ago,’ sets it right up for what is ultimately an anthem for breaking up & to invest more time in yourself. Tate McRae then adds so much depth sonically to this song, it is truly a great way to start off the misery lake era of blackbear.”

Tate adds, “’u love u’ is a super honest song about the struggles of being in a relationship with a selfish person. I’m really excited to be a part of blackbear’s record and help bring his vision to life.”

The Greeting Committee – “Can I Leave Me Too?”: Kansas City-based alt-rock band The Greeting Committee dropped their raw and radiant new single “Can I Leave Me Too?” via Harvest Records. The track is a intimate portrait of post-breakup grief, revealing frontwoman Addie Sartino’s gift for bringing the listener all the way into the world inside her head. 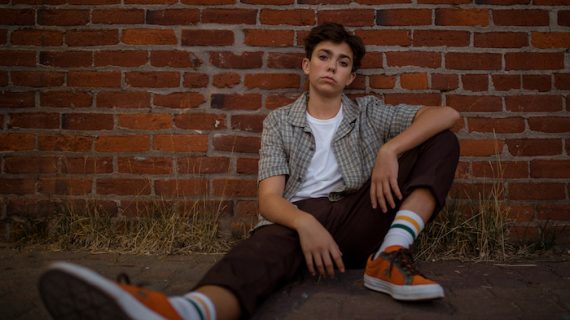 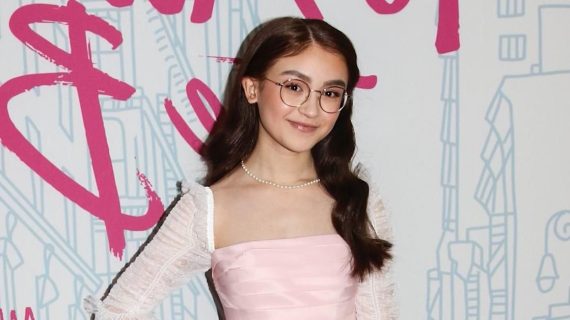