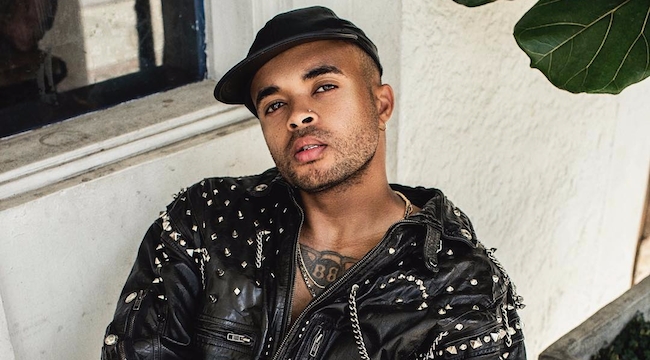 Rapper, Songwriter, Producer and staple in Oakland rap culture, Bobby Brackins, returns with release of his latest single “Pistol Piston” – an up-tempo cut with nods to his bay area influence produced by hit making producer, Nic-Nac. “Pistol Piston” is just the beginning of a continuous string of exciting upcoming new singles leading into a full-length EP; an anticipated follow up to Brackin’s most recent string of mixtape releases – the two-part series To Live For and To Kill For.

When asked about the creation of the “Pistol Piston” Bobby Brackins states: “Pistol Piston feels good, it’s one of the songs my friends really gravitate too, and ask hear on repeat. It’s about still making movies. The grind is never ending, I have so much music in me and creative ideas  that need to be released to the world. I’ve rode the rollercoaster of life and dealt with the ups and downs of the music industry and I’m still here ready to keep riding.”

artist and songwriter Chloe Lilac has released a new single titled “how does your girlfriend feel about it.” The song is the latest arrival from Chloe’s forthcoming new mixtape, due for release April 29. Listen to the song now here. Watch the lyric video here.Showcasing Chloe’s gritty take on pop-punk, blending biting vocal runs with soaring earworm melodies set against a backdrop of crunching guitars, the song further defines the latest era of Chloe’s artistry as she leads into her next mixtape release. Speaking on the new single, Chloe notes, “how does your girlfriend feel about it is about when someone i was involved with was dishonest. i wanted to write a silly song about it to shed light on a disappointing situation.”Chloe will join Pom Pom Squad as direct support on their forthcoming U.S. / Canada tour, which will kick off April 14. See full date listing below, including festival performances at So What!? Music Festival and Wonderbus Music + Arts Fest:Thu, Apr 14 // Richmond, VA @ Richmond Music Hall*Fri, Apr 15 // Carrboro, NC @ Cat’s Cradle*Sat, Apr 16 // Atlanta, GA @ Purgatory*Mon, Apr 18 // Nashville, TN @ The End*Wed, Apr 20 // New Orleans, LA @ Gasa Gasa*Fri, Apr 22 // Dallas, TX @ Ruins*Sat, Apr 23 // Houston, TX @ Satellite Bar*Sun, Apr 24 // Austin, TX @ Empire Control Room*Tue, Apr 26 // Albuquerque, NM @ Launchpad*Wed, Apr 27 // Mesa, AZ @ Underground*Fri, Apr 29 // Santa Ana, CA @ Constellation Room*Sat, Apr 30 // Los Angeles, CA @ The Roxy*Sun, May 1 // San Francisco, CA @ Cafe Du Nord*Tue, May 3  // Vancuover, BC @ Hollywood Theatre*Wed, May 4 // Seattle, WA @ Barboza*Thu, May 5 // Portland, OR @ Holocene*Sat, May 7 // Salt Lake City, UT @ Beehive*Sun, May 8 // Denver, CO @ Globe Hall*Thu, May 10 // St. Paul, MN @ Amsterdam*Wed, May 11 // Milwaukee, WI @ Back Room at Colectivo*Fri, May 13 // Chicago, IL @ Schubas*Mon, May 16 // Pontiac, MI @ Pike Room at Crofoot*Tue, May 17 // Toronto, ON @ The Garrison*Thu, May 19 // Washington, DC @ Songbyrd*Fri, May 20 // Philadelphia, PA @ PhilaMOCA*Sat, May 21 // New York, NY @ Bowery Ballroom*Sun, May 29 // Arlington, Texas @ So What?! Music FestivalSat, Aug 27 // Columbus, Ohio @ WonderBus Festival 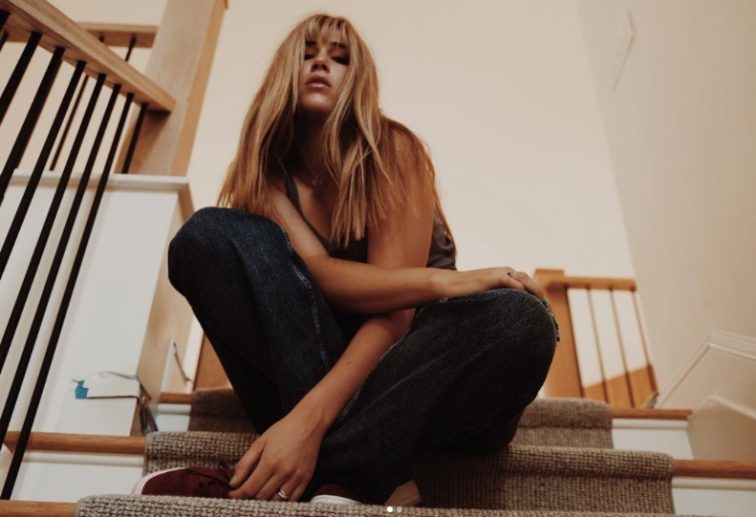 Elly Shane is adaptable, multifaceted, and unbelievably creative. She is extremely involved in the music process. She engineers, edits, and arranges her own vocal sessions on top of the work she does in songwriting. Her first single “Prototype” not only did well on streaming but also was featured on local radio in both Denver and Los Angeles. Overall, Elly Shane is far more than a prototype and is ready to rock the music scene.

Elly is on track to release her first EP within the next few months, and she just dropped her new single, “Sense of Gravity”. 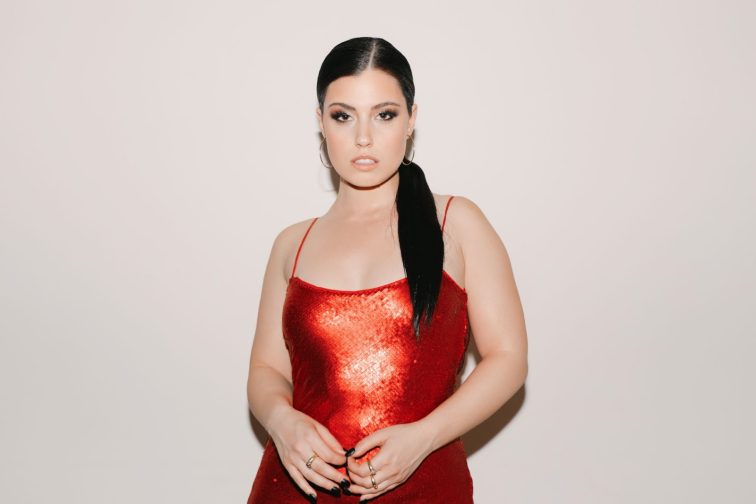 Over the years, Sara Diamond has crafted an incredibly unique sound, perfectly in tune with her enticing gift as a powerful vocalist. Blending her vocal strength seamlessly with her clever song writing, her music has caught many ears and captured millions of hearts all over the world.

With her last few releases, the indie-pop star has gained over 20 million streams worldwide on her own music and another 16 million on collaborations with the likes of Kaskade, Adventure Club, NASAYA, Tyler Shaw, and several others.

The Montreal songstress is the vocal equivalent of an Olympian and has a sound steeped in R&B and soul. – Ones To Watch

Sara is currently working on a new project, collaborating with experienced producers and songwriters in R&B and experimental pop. While her sound has always crossed the lines between pop and R&B through her previous projects, she is now diving deeper into the roots of her true inspirations like Alicia Keys, Amy Winehouse and India Arie. 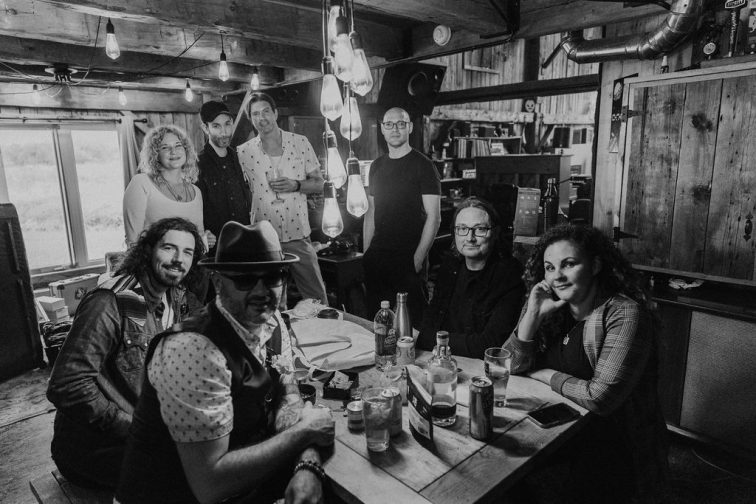 I’m writing to you to share “Hope To See You Again,“ the latest single from my band, The HP’s‘, upcoming debut album.

On my fortieth birthday, I was charged with taking care of Sharon Jones during the Supercrawl music festival in Hamilton, Ontario. Sharon and I bonded quickly, the events of that night inspiring this song’s lyrics.

Parkside of The HP’s

Keep up with our next releases via: 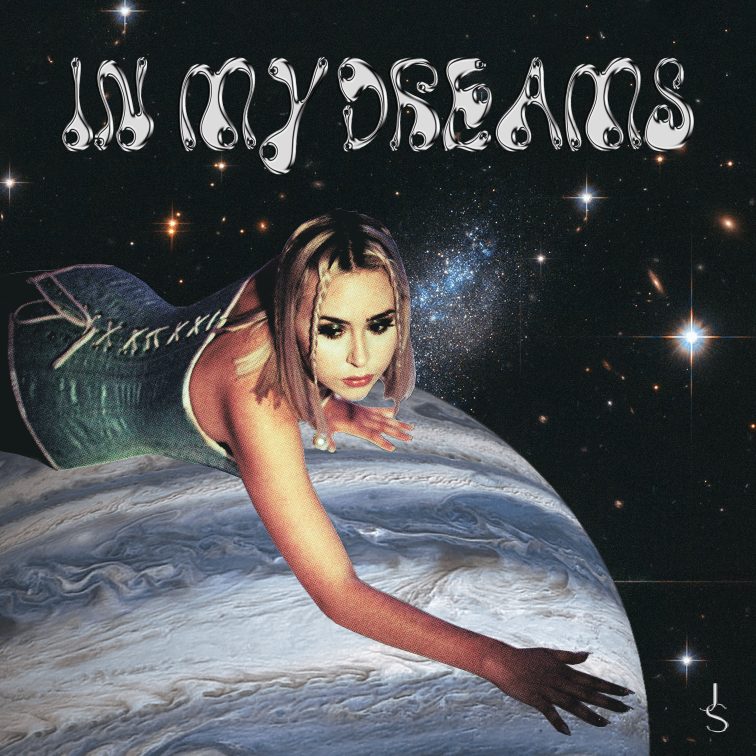 Indie pop singer, Jordyn Stoddard releases her new single “In My Dreams” that is out now along with the music video. “In My Dreams” follows singles Murder His Feelings and Self Sabotage.

Jordyn says about the track, “When writing ‘In My Dreams,’ I wanted to create a space that encompassed the dream-like-state of falling in love with someone. Going into the outro of the song, the message I wanted to capture was the down pulling realization of reality.”

Born and raised on the beaches of Jacksonville, Florida, Jordyn Stoddard moved to Nashville at the age of 18 to pursue her dream of being an entertainer. The 23-year-old quickly positioned herself as a triple threat in Music City, as a writer, performer, and multi talented instrumentalist. Jordyn has spent her time in Nashville honing in on her craft, while redefining her sound. With a bold voice and edgy style, Jordyn’s upcoming work is sure to be a transcendent creative piece, capturing all the darkest and lightest elements of music and life. She aims to empower her listeners by eing her complete and vulnerable self so that others can do the same. 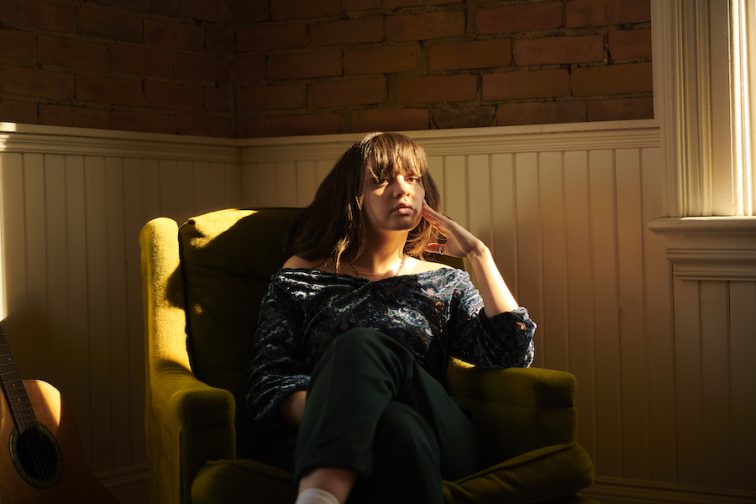 Sophia Fracassi has always turned to music to ride out life’s storms. The Canadian singer and songwriter is just 18 years old, but her voice is calm and confident, indicative of someone who has dedicated her whole life to her art. Her lyrics come from exactly where she is: in the middle of trial and error. On stripped back, evocative songs like “Wish I Never Met You”—her first single since signing to Coalition Music last summer—she offers listeners the same kind of safe haven music has been for her.

Taking inspiration from icons she’s long admired, like Joni Mitchell and Taylor Swift, Sophia wrote about what she knew. The intensity of a first love – and the heartbreak that came with it – helped gift her the perspective she is now repurposing in her music as she broaches adulthood and chases her dreams. “It’s important to realize life can go in many different directions,” she says. “Sometimes plans don’t happen as intended.” After years of these kinds of revelations, she is no longer the little girl craving to emulate her peers, nor the teenager helplessly in love. Sophia Fracassi wants to be fully herself, and for her music to be a vessel for the empathy and empowerment she holds so close to her heart. 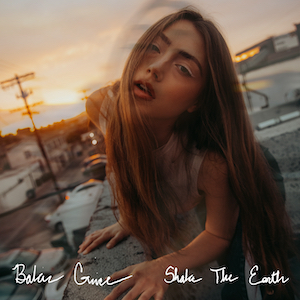 BAKER GRACE“Shake The Earth“• “[This song is] about taking control back into my hands after years in an industry that pulls you in a million directions. Music always grounds me, it brings me back to who I am and helps me find my voice. It’s not perfect but neither am I and neither is anybody. I hope it makes you feel something and reminds you that you don’t need to sacrifice yourself or your integrity in order to succeed. Always choose yourself over who or what you’re chasing.” -Baker Grace• “Shake The Earth” is the latest single release from the 21-year-old singer-songwriter. This follows her recent Lullaby EP which served as the soundtrack for indie flick Last Survivors, starring Alicia Silverstone.• Next up? Baker Grace is going global appearing with Charlie Rodd at Monterrey’s massive 2022 Tecate Pa’l Norte festival and releasing her next track, “Little Magic” featuring Mexican artist Sabino, in just three weeks’ time. 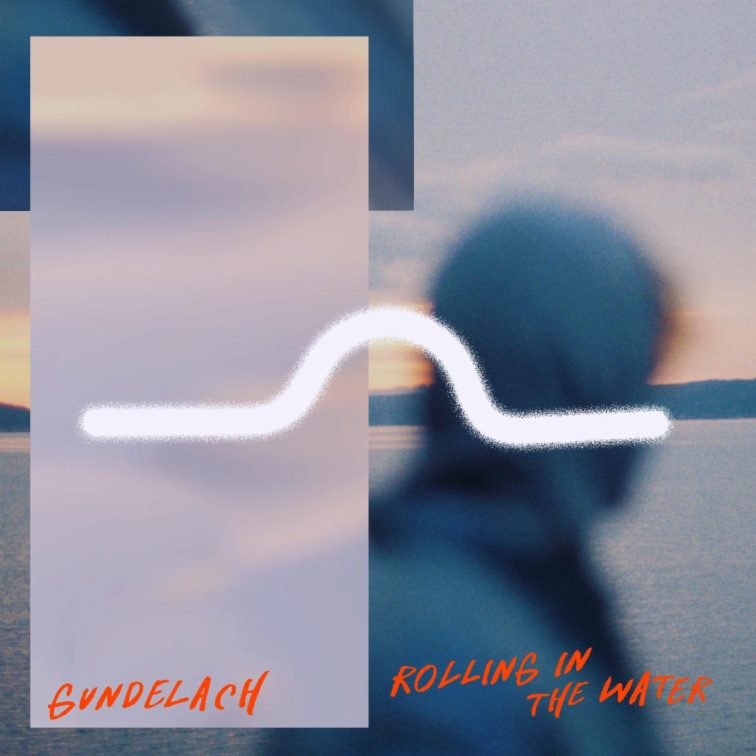 Following his recent EP release, ‘Shape’, Gundelach rolls out ‘Rolling In The Water’ as the first single lifted from his next EP ‘Shifter’. Together, the two EP’s see the ‘Shapeshifter’ cycle completed into a full-length album.

‘Rolling In The Water’ is a dreamy folk-pop song that takes the listener deep into Gundelach’s soundscapes. Starting off with simple acoustic guitar picking it evolves into a rhythmic driven danceable folk hymn that takes one into another universe. The song’s emphasis on sound over words allows Gundelach’s listeners to experience the cyclical nature of the waves as he explores his emotions.

Quote “Shapeshifter is my interpretation of Theodor Kittelsen’s paintings of the mythology of Nøkken or The Nix in English. It is about cherishing the moment and trying to live as authentic as possible. Rain and sunshine. Hopelessness and bliss.

After the release of his 2015 single ‘Spiders’ drawing the attention of tastemakers and indie-electro fans across the world, including BBC Radio 1, Wonderland and Complex, Gundelach has become the prince of melancholia with his pervasive falsetto and noir analogue productions. With his upcoming release, Gundelach once again illustrates his incredible ability to write and produce introspective and beautiful songs. Kai Gundelach spent his formative years as an underage DJ and guitar prodigy in Oslo’s nightlife scene, before entering the Scandinavian music scene with his debut single ‘Alone In The Night’.

His self-titled EP from 2016, followed by the highly anticipated albums ‘Baltus’ from 2018 and ‘My Frail Body’ from 2020, has seen over 15 million streams to date and drew him critical acclaim from tastemaker publications such as Wonderland and Pigeons And Planes.

His singles also saw significant radio rotation across the Nordics, plus several plays on BBC Radio 1 and Pharrell Williams included him in his Beats 1 show ‘OTHERtone’. 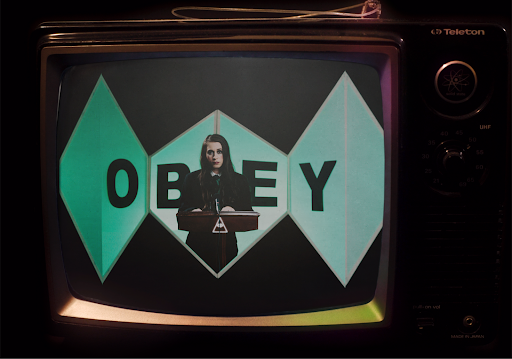 In tandem with the release, YOVA have revealed a chilling, dystopian video for one of its most prominent tracks: “Make it Better”, created with video directors Tom Linton and Phillip Reinking.

A track intended to haunt you to the very core, “Make It Better” fuses piercing viola work, drill-like repetition and disturbing visuals that couldn’t be more apposite in the current climate. Talking about the track, vocalist and songwriter Jova Radevska says:

“This song symbolises the society we live in & the culture of “following the leader” wherever that may lead to. We are told “tick that box & we’ll make it better”. When did we surrender to “make it better” – it repeats throughout the years, new polished promises, talk of a better tomorrow. We become so accustomed to the amniotic state we live in because it keeps the status quo.” 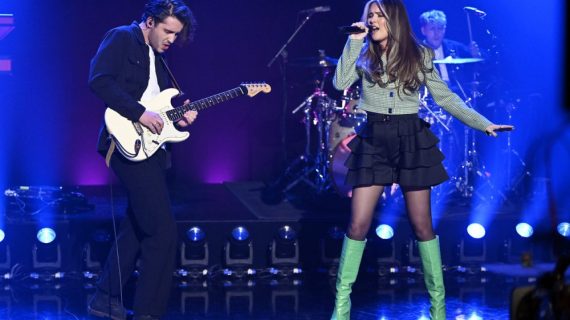 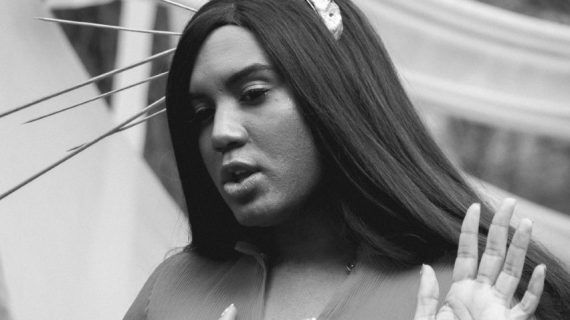