Willow Camille Reign Smith, most commonly known as Willow, is an American singer, songwriter, record producer, and actress. She is the daughter of Will Smith and Jada Pinkett Smith, and the younger sister of Jaden Smith. Willow made her acting debut in 2007 in the film I Am Legend along with her father Will Smith. In 2010, Smith launched her music career with the platinum-certified single “Whip My Hair”, which peaked at number 11 on the Billboard Hot 100. Smith later signed to her mentor Jay-Z’s record label Roc Nation, becoming the youngest artist signed to the label, and released the single “21st Century Girl” the following year.

Willow’s debut album, Ardipithecus, was released in 2015. Its single “Wait a Minute!” was certified platinum, she’d go on to drop her second album The 1st (2017), and her third album Willow (2019). Since then Willow has gone on to co-host the Facebook Watch talk show Red Table Talk in 2018, with her mother Jada.

She discussed her sexuality with her mother on Red Table Talk in June of 2019,

“I love men and women equally and so I would definitely want one man, one woman. I feel like I could be polyfidelitous with those two people. I’m not the kind of person that is constantly looking for new sexual experiences. I focus a lot on the emotional connection and I feel like if I were to find two people of the different genders that I really connected with and we had a romantic and sexual connection, I don’t feel like I would feel the need to try to go find more.“

As a musician Willow Smith has grown so much since the “Whip My Hair” days, just this year she teamed up with Camila Cabello for the infectious single “Psychofreak“. “Psychofreak” is based on Cabello’s anxiety. Cabello said that one line in the song “I don’t blame the girls for how it went down” was about her leaving American girl group Fifth Harmony. The song refers to her previous relationship with ex-partner Shawn Mendes. She also teamed up with Machine Gun Kelly for the smash hit single, and one of my fave’s, ‘Emo Girl’.

In addition to her successes across multiple industries, Willow has been an activist for a number of social causes. In 2012, she joined her mother Jada Pinkett-Smith in her advocacy to end human trafficking in the USA. As part of the project, she attended Senator John Kerry’s congressional hearing on human trafficking and helped launch the first Bi-Partisan Senate to combat human trafficking. She continues to raise awareness through the organization Don’t Sell Bodies, also founded by her mother. Willow has also emerged as one of the most powerful voices of her generation, having thrown major support behind movements for racial justice, feminism, and environmentalism.

Willow recently announced she is coming back with more pop-punk bangers. The singer unveiled the cover art and release date for her next album, CopingMechanism, arriving on September 23, 2022. Smith also gave fans an early taste of the album with “hover like a GODDESS,” her new single. 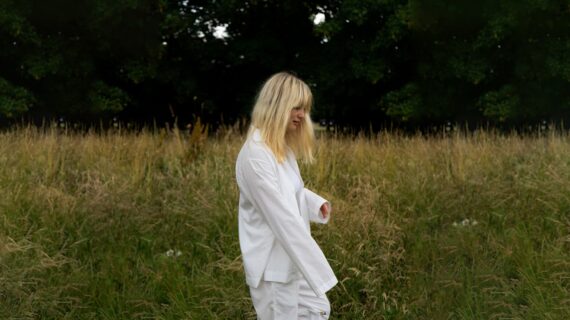