Starting with a simple guitar before a rush of vocals comes flooding in, The Greeting Committee today releases their next single “Anything But You.” Produced by Jake Luppen of Hippo Campus and accompanied by a supercut of tour footage as the official video, the track is heavy hearted yet still carefree. It’s not hard to imagine how “Anything But You” will translate into a perfect echoing singalong for a live show – Stream / Watch.

On the single, lead singer Addie Sartino said, “‘Anything But You’ is a song for the girl I love. It’s as simple and as complicated as that. Capturing the moment when everything in you becomes a megaphone telling the world how you feel with the windows down.”

Last month, The Greeting Committee released “Hopscotch,” their first single since the release of their critically acclaimed deluxe album Dandelion earlier this year. Met with praise from the likes of V Magazine and DORK, along with support from Apple Music’s New in Pop, New in Indie, Breaking Alternative, and New in Alternative playlists, as well as Amazon’s Fresh Indie playlist, this release saw the band feeling the most themselves they have felt in years – apropos for the new era they are entering.

The band is currently in the middle of their headline To Feel Alright Again tour run. Tonight, they have a show at The Music Hall of Williamsburg in Brooklyn that is set to sell out. Selling out shows across North America and uniting fans in the communal embrace of live music, on the road is where The Greeting Committee feels most at home. See all tour dates here and below. 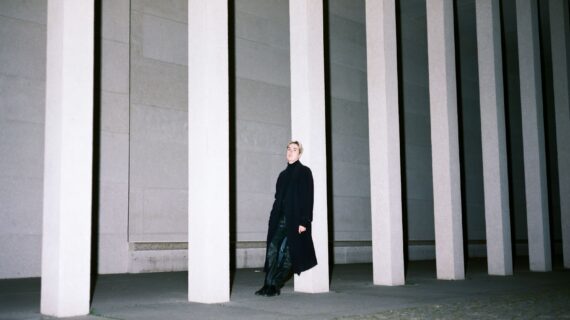