In 2000, Chris Stokes launched a new group that included his cousin De’mario “Raz-B” Thornton, as well as Raz-B’s friends Jarrell “J-Boog” Houston and Dreux “Lil Fizz” Frederic. This being the year 2000, the group was first known as Y2K before Stokes changed their name to B2K (meaning “Boys Of The New Millennium”). Omarion, a former child actor and backup dancer from Inglewood, joined the group at Marques Houston’s 18th-birthday party, and he became their lead singer. They released their self-titled debut album on March 12, 2002. The album peaked at number two on the Billboard 200 and number one on the U.S. Top R&B/Hip-Hop Albums chart.

The group signed with Epic Records, and their debut single “Uh Huh” came out in July 2001. “Uh Huh” was a big hit on 106 & Park, BET’s TRL-style video countdown show, and the single sold in big enough numbers that it topped Billboard‘s Singles Sales chart. The song was taken from B2K’s self-titled debut album.

B2K released all three of their studio albums during 2003. Their self-titled debut went gold. “Gots Ta Be,” their second single, once again made it to #1 on the Singles chart, and it peaked at #17 on the Hot 100. “Gots Ta Be” was my favourite song by the group, although it was a slow jam is showed their craft as vocalists. B2K followed their self-titled album with an instantly-forgotten Christmas LP called ‘Santa Hooked Me Up‘ and then, in December of 2002, with ‘Pandemonium!‘ For the lead single, Chris Stokes called on R. Kelly who agreed to send over a track that he’d written and produced. ‘Bump, Bump, Bump’ was that song which featured popular rapper and Bad Boy Records exec. P. Diddy.

From their the group went on to star in the 2004 film ‘You Got Served’. The film was mostly a vehicle for Omarion and singer Marques Houston. B2K didn’t stay together after ‘You Got Served’. Omarion kept working with Chris Stokes, but the other three members broke away, and everyone went solo. So where are they now?

Omarion was the lead singer of B2K, and he also had the most commercial success as a solo artists once the group split. His debut solo record ‘O’, went on to debut at number one the first week of its release on the Billboard Top 200 Charts. The album generated three top singles: “O,” “Touch,” and “I’m Tryna.” He went on several world tours, which included a joint tour with rapper Bow Wow, after they released a joint album ‘Face Off’. The same year, he released his second studio album entitled ’21’, and released two popular songs off the record, “Ice Box” and “Entorgouge.”  His biggest hit since his debut release was his collaboration with Chris Brown and Jhene Aiko, “Post To Be.” The song reached No. 13 on the Billboard Hot 100 and also peaked in the top ten on Urban Radio chart, Rhythmic chart, and the Hot R&B/Hip-Hop Songs chart.

From there Omarion appeared in the first two seasons of ‘Love & Hip Hop Hollywood’ with his former girlfriend, Apryl Jones. He left the show to focus on his music. The relationship with Jones ended shortly after the birth of their second child. Omarion reunited with B2K in 2019 for a U.S. tour that sold out in every city. The tour was met with negative press due to the behind the scenes drama with him, Jones and Fizz.

In 2022, Omarion scored the Top R&B Tour and Top Rap Tour at the 2022 Billboard Music Awards before appearing in a Verzuz with Mario. The singer released his second book, “Unbothered: The Power of Choosing Joy,” and unveiled his own docuseries called, “Omega: The Gift and the Curse.”

Lil’ Fizz or Fizz was the rapper of the group. After B2K he tried delving into a solo career releasing a debut EP called ‘Payday’ in 2007. The EP did not perform well so he set his sights on becoming a music executive. He connected with his former bandmate J-Boog to launch their own record label, called Popular Entertainment. Under the label, they released a EP, ‘Night Life’. In 2015 Fizz also dropped a single called ‘Good Lotion’.

Since the debut of Love & Hip Hop Hollywood, Fizz has been a main cast member. His relationship with his ex, Moniece Slaughter, and their custody issues, have been publicized frequently. He later entered into a relationship with Omarion’s ex and later claimed that he and Omarion were not as close as they displayed their relationship to be in previous seasons. They are now no longer together. Fizz also appeared on Marriage Bootcamp: Hip-Hop Edition with one of his exes. In 2019 he dropped another song called ‘Mirror’.

J-Boog chose not to release any more music after B2K split, instead decided to focus on acting. He partnered with Marques Houston to become Vice President and Producer of the film production company, Footage Films. He also acted in a few movies, including ‘Step Up 2: The Streets’. J-Boog also was cast in an off-Broadway stage production. He has been a featured cast member on ‘Love & Hip Hop Hollywood’, mainly as a mediator between Fizz and Omarion. Boog is a father and recently welcomed another child into his family.

Raz-B, distributed through his own production company, RazBeatz Entertainment, released his first single, ‘Fire’, in 2007. It debuted on the Billboard charts on the hip hop charts landing in the number 2 spot. From there Raz moved to China, where he lived for almost a decade, working in music, fashion and learned the language.

He released his first mixtape titled ‘Boy 2 King’, and he performed shows in various parts of China. He played a major role in B2K reuniting for a tour in 2019. He has since has focused on his mental health and getting his career back to where he wants. 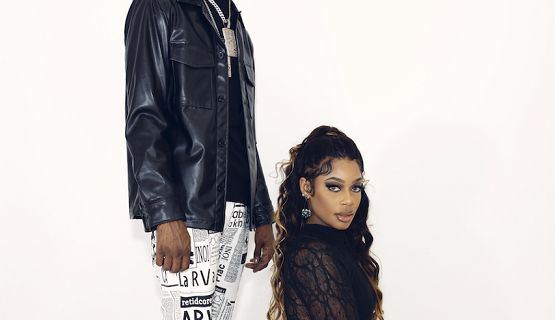