Before birthing her latest project, Inanna was the lead-singer for several Italian and Spanish bands and a solo musician since 2011. After moving to Los Angeles, she began working on a project inspired by the mythological stories of the past and the healing energies of peace and balance. Her music is inspired by a multitude of influences including artists like Bjork, Madonna and Middle Eastern stars like Natacha Atlas (Inanna is a bellydancer and Arabic culture lover).  But it was her love for nature and animals, as well as Mother Earth herself, that served as the foundation for the creation of her new sound and consequential EP, “Where We Belong”.

Now Inanna, delivers a message of unity, femininity, and nurturing for our wounded planet via her new single, “NEFERTITI XXI”. With her innovative, genre-bending new project, “Where We Belong” Inanna asks the question, “If Mother Earth had a voice, what would she sing?”. The answer comes in the form of the atmospheric fusion of modern electro rock-pop and Middle Eastern influence that makes up “NEFERTITI XXI.” The single, with its pulsating rhythm, hypnotic vocals, and luminous quality is the embodiment of feminine energy designed to bring balance and harmony into a world desperately lacking it. Written by Inanna and produced by Joshua F. Williams, it’s vibrating with electro bellydancer sounds and earth-shaking beats. On a track about living a more balanced and planet-nurturing life, she creates an energetic shift towards change with each soul-lifting chorus. 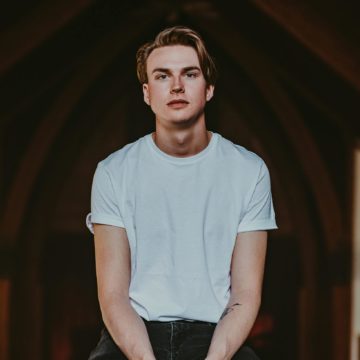 “Mistakes” is a song about failure and regret by the up and coming singing sensation Titus Calderbank. A song about missing the mark, It’s also a song of redemption and asking for forgiveness. Titus said on the song “Humans often fall short. At the end of the day, we have to accept that we’re all trying our best. What I hope to communicate through this song is that mercy and forgiveness are always an option. We can either be slaves to our past mistakes or make peace with them and move on. We can grace our enemies with forgiveness or we can die with bitter hearts”. 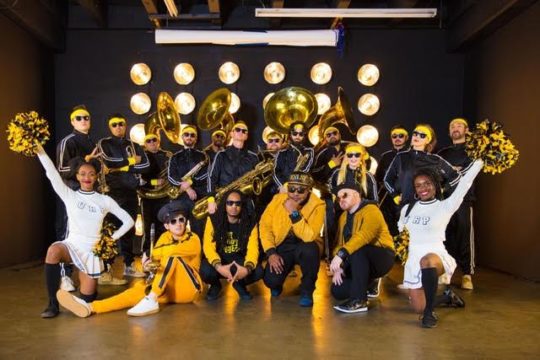 Finally it’s out! The new visuals from 16 piece big band hip-hop collective Urban Renewal Project. Entitled ‘Shake Those Hips’ the single is a bleacher-stomping, HoCo dance party, brimming with pep-band vibes, bouncing sousaphone lines and an throwback sound reminiscent of The Pharcyde and Outkast. The fun visuals are reminiscent of a bombastic high school pep rally! 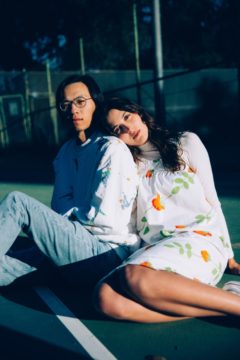 Soft Streak is the brainchild of Los Angeles based musicians, Tori Schachne and Colton Toy. Brought together during their time at college by their mutual love of the same music, the experimental electro-pop duo combined their classical and jazz backgrounds to create an intoxicating sound which has been resonating with listeners across the nation. Having previously performed separately in various projects, the two soon discovered their musical chemistry and have since established their unique blend of dreamy soundscapes and gritty guitars.

Their latest single ‘Reasonable Lie’ exudes muted resonating guitars and warm vocal tones, all tinged with glistening synthesizers. Thematically, the song narrates the story of a relationship that is producing more damage than good, but both parties choose to lie to themselves about the reality of the situation. Schachne reveals, “Sometimes we believe it’s easier to lie to ourselves and each other than deal with the fallout of breaking up the relationship”. The duo created a fitting vintage style music video for the song. Inspired by the 1975 arthouse film, Jeanne Dielman, 23 quai du Commerce, 1080 Bruxelles, the visuals show the monotonous daily routine of a housewife. Schachne explains, “At the end of the video, we can gather that her life and her relationship feel like a lie to her, but it is easier for her to lie than to admit to herself that she’s wasting her time, has wasted her life, and would have to deal with the impossible reality of starting over”.

The concept of the song was partially conceived around the phenomenon of reality TV shows and how people get together to watch, enjoy, ridicule and speculate on these scripted relationships that are manufactured for our viewing pleasure year after year. Schachne confides, “I wrote the song from a perspective of imagining myself in a reality TV relationship and what it would mean to also have that unreal relationship dissected weekly on TV by millions of people”.

‘Reasonable Lie’ follows the release of Soft Streak’s debut EP Late Bloomer, which depicts being comfortable with who you are, whether you’re ready to accept yourself or not. Each song off the five-track EP, portrays different personal issues such as impostor syndrome, having high expectations for yourself and lack of confidence. Toy expresses, “We were both late bloomers in different ways and we sort of feel like we’re always late to the party in one way or another. And we’re learning to be okay with that”.

Having garnered critical acclaim from publications such as Paste Magazine, The 405 and Earmilk, to name a few, as well as recently coming off of a tour, where the duo performed at SXSW and the renowned LACMA, Soft Streak are looking forward to the next chapter of their story, with ‘Reasonable Lie’ out now. 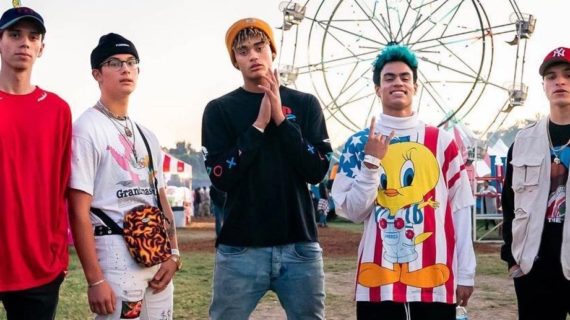 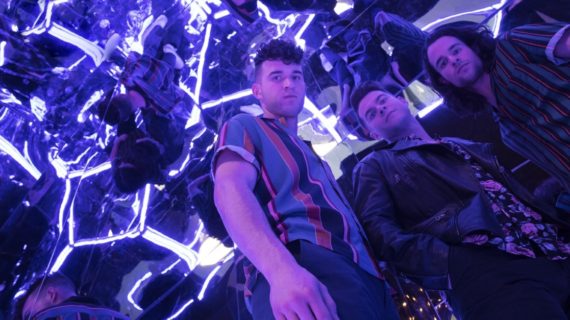