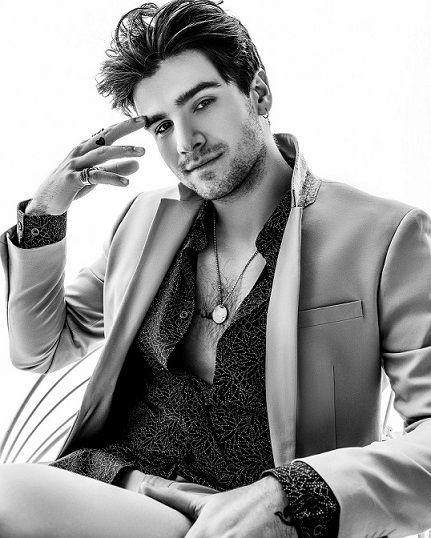 Up and coming Chicago pop artist Matt LeGrand has released his highly anticipated single “12:00am”. The hot new single is produced by Elvis “Blac Elvis” Williams who is responsible for the smash hits “London Bridge” by Fergie, “Lil Freak” by Usher and “Ego” by Beyonce, and now “12:00am” is set to follow down the same path of success. With it’s energetic and slick instrumentals and booming beats, the track is aimed at the vibrant club audience. Matt’s smooth vocals drive the melody of the rhythm, as he anticipates the moment he can get his hands on the one he loves. I got the opportunity to talk to Matt to talk about his new song, and what the future holds;

1. Who is Matt LeGrand the artist?

A: Much more normal than you might think! I am confident in saying that I’m a shy, nervous, and introverted person. Though, when it’s showtime, all that magically seems to drop. I’m a person that would rather sing my stories then speak them and I seriously enjoy what I do!

2.When did you first discover your passion for pop music?

A: I started to really enjoy pop music around the age of 11. I played in a couple different pop punk/hard rock bands during high school. It wasn’t until I opened my mind up that I found a whole new exciting world and a brand new form of expression! I now listen to everything with open ears. It helps me realize that every song has a purpose in someone’s life even if it doesn’t in mine.

3.How much of you goes into the creative process for your songs?

A: It really depends. Sometimes I’m the sole creator and other times it’s a collaborative effort. Sometimes I don’t even have anything to do with the creation and my job is simply to tell the story. The creative field is so fantastic because everybody brings something unique to the table. What ever it is that I am working on, I try my best to be a part of it whether it’s being a participant or just an observer!

4.As a developing artist, did you have any performers you didn’t want to be like or emulate?

A: No one really in particular but that’s because I’m more focused on what I want to be than what I don’t want to be. Don’t get me wrong though I do like the concept of finding who you are by knowing who you are not! I think it’s a really interesting perspective. I’m not the type to bad mouth anybody because I understand that everyone’s situation is complex and different. I face my own inner battles so there’s no reason for me to judge. All I would say is One who doesn’t live what he preaches is a fool. My goal is to spread as much light, love, peace, and joy that I can.

A: It’s a song about missing and wanting to see the person you love! The person that brings warmth to your chest. You know the feeling I am talking about! It’s more than just a reference of time but an expression of joy and a fresh start. Days turn into nights to turn back to days. It keeps going! New days bring new experiences and opportunities. It’s an exciting song that makes me feel like I’m on top of the world and I’m thrilled that it’s out!

6.What was it like working with a producer as talented as Elvis Williams?

A: Elvis is such a talented creator! He is genuine with his art and his discography speaks pretty loudly! I like working with people that truly care for the project. People that aren’t just one and done. Elvis has shown that care and I look forward to what’s next!!

7.Do you have an EP in the works, and if so who will you be working with on it?

A: We do have an EP in the works! I’ve been waiting for a long long time to say that! I’m working with a variety of new and experienced producers. I’ve been going all over the country to record it! You can expect an exciting feature as well!

8.What would you say has been your greatest achievement so far?

A: Deciding to chase my dream. Everybody has different definitions of success. I think that if someone has the courage to go after their calling, they’re already successful. If you want it, you will find a way to get it.

9.What advice can you give to aspiring artists?

A: Be prepared, be nice, work hard, don’t take yourself so seriously, and don’t get caught up in the illusion of it all. It’s truly not worth it. One of the best things I’ve ever been told was this “It’s sad to be ready and never be called, but it’s tragic to be called and not be ready.” 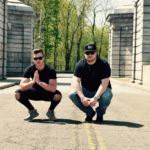 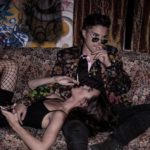