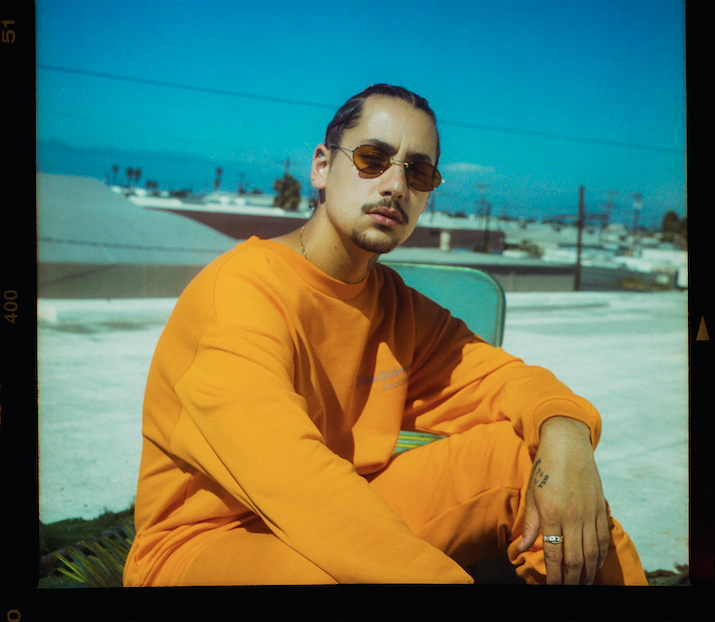 Jez Dior: After a variety of notable mixtapes and EPs, Jez Dior has threaded his hip hop and rock influences into a genre of his own. With sounds similar to that of Post Malone, he released two singles last year “Sober” and “2 Birds” off independently released projects. All of this leading up to a gritty and honest album on it’s way. He grew up in a musical family, punk rock guitar legend Steve Dior as his dad, and this has led Jez to create sounds that are a combination of Nirvana blended with Kanye West, with confessional lyrics that pull no punches. He’s opened for the likes of Chance The Rapper, B.o.B. and shared the stage with J. Cole, G-Eazy and Kanye West, plus has drawn positive reviews from Complex, TIME Magazine, XXL and Billboard. His new single “Cocaine” has given Jez Dior even more positive attention, and we can certainly see a bright future for this artist.

The Jacks: Southern California four piece band The Jacks have released a brand new track entitled “Tonight”. It’s reminiscent of the early sounds of Brit rock with it’s energetic percussion and gritty guitar. The Jacks have developed a rare sound that is hard to be ignored, and they stand by their claim “We are not a rock band, we are a rock n’ roll band.” The Jacks consist of Jonny Stanback (Vocals & Rhythm Guitar), Tom Hunter (Lead Guitar), Scott Stone (Bass Guitar) and Josh Roossin (Drums & Percussion). They deliver a sound that is as honest as you can get, they don’t hide behind auto-tune, click tracks, or backing tracks, what you hear is what you get. “Tonight” is just another affirmation of their raw and real sound, and you can hear this hot new single now.

The Saylor : Based in Columbus, Ohio, The Saylor (aka Kevin Wharff) is delivering an electric, warm and radiant sound that’s catching the attention of the music industry. The singer holds nothing back in his music, being credited as a producer and songwriter on his songs. Each containing catchy melodies and storytelling lyrics, The Saylor is the hottest new act to look out for. Currently The Saylor is dropping new music every two weeks, and the latest single “Young” is bound to have listeners dancing. The electronic melodies are joined by charming hooks to create unforgettable song that’ll make it’s way onto your playlist for the Summer.

AJ Mitchell: From Bellville, Illinois, AJ has always been musically inclined at an early age, sharing his talent on social media with covers. He initially posted videos to get feedback “from other people than my parents,” he says, but at thirteen his following exploded. He decided to moved to LA in 2016 to pursue a music career, releasing his first self penned single, “Used To Be” in 2017. With over 35 million streams to his name and his Epic Records debut EP “Hopeful” out, Mitchell now releases the highly anticipated song “Girls”.

Stratz: North London rapper Stratz has a brand new single called “Likkle More”, that aims to encourage people to give a little more back to every aspect of life. He’s known for creating a collective fusion of modern hip hop and Jamaican dancehall, and this latest effort, contains all the elements to be a hit for the Summer playlist. Having spent his youth in a neighbourhood where you find yourself having to constantly look over your shoulder, he’s derived these experiences in his rhymes and the rapper reveals, “It is funny to think this is how most of us used to live and scary to know it carries on and worsens”. This new single “Likkle More” emits the right vibe for it’s listeners while conveying a motivational message.

Laura Jean Anderson – “Love You Most”: We’ve introduced you to Laura Jean Anderson before and now she releases the video for her recent song “Love You Most”. She’s garnered rave reviews from many in the media including The Fader that described “Love You Most”, as “Timeless not-quite-love song”, Noisey stating “2018 has been badly in need of an electrifying, don’t-fuck-with-me power ballad, and now we’ve got LA songstress Laura Jean Anderson here to bestow it upon us.” Laura further described the single saying “I wrote it when traveling, as my mind began spiraling down a rabbit hole of all the irrational things I would do to win them over. Though the song feels light hearted, as if happily in love, it is actually a reflection of deep heartbreak and denial. In life, I often feel like I can’t spit out the words I want to say, but in song, I can do and say anything that I want, spilling out my darkest desires.”

With Laura’s powerhouse vocals combined with textured instrumental’s, this makes for a beautifully crafted blend of classic blue collar music. “Love You Most” is out now. 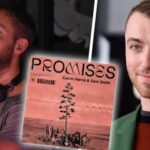 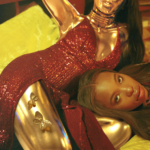