Rence a 21 year old singer, songwriter and producer who lives in Brooklyn and just graduated from NYU’s Tisch School of the Arts.  He was born in DC and grew up in Seattle.   He’s one of those do everything kind of people…He managed to graduate school in 3 years while bussing tables at night, working at a recording studio, doing two internships and making and independently releasing music.  He actually wrote his song “ways to go” on the back of a napkin one night after work. “Baby Blue” from is 2018 album ‘Pink’ has over 3 million steams on spotify and helped praise from blogs including Lyrical Lemonade, Hilly Dilly, Daily Chiefers, Elevator Mag, Ones To Watch and more.

He’s one of the rare artists that you know has something special the minute you meet them and was an instant reminder of all the reasons why we do what we do. Rence’s first release on Epic is a new song “expensive” featuring Noah Cyrus 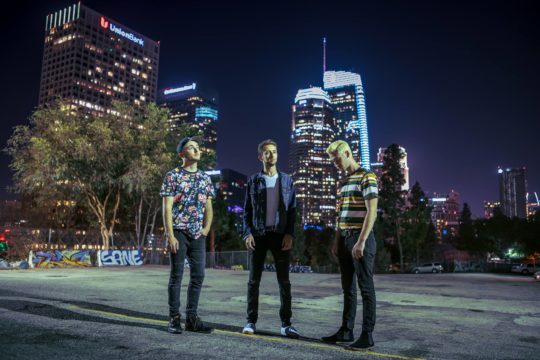 Los Angeles alternative-pop band, Saticöy, triumph over tragedy on their new single, “Nice to Know.” The group, comprised of Derek Long (Vocals/Guitar), Jaron Takach (Drums/Production), and Jonathan Averbook (Bass), are known for their unique perspective on alternative pop music. Their mutual desire to create a visionary expression of truth is immediately apparent in each of their tracks, including their 2018 debut single, “Faded From Color,” which earned them much critical acclaim. Since it’s release, they’ve been nominated for a Hollywood Music in Media Award and featured as an Artist in Residence at Steereo, and have won two LA Music Video Awards for single “Last Call” including “Best Dance Video” and “Best Feel Good Video.” Their sound is a fluid mix of pop influences layered with synths and vocals that transport listeners to another place and encourages an exploration of creativity.

On their newest single, “Nice to Know,” the group examines the heartbreaking impact of loss and the fear of missing out on experiences with a loved one. Inspired by Long’s father, who passed away in 2011, the track is a fresh take on nostalgia and the strength it takes to overcome grief. Of the inspiration, the band says, “strength always comes from triumph over tragedy, and while ‘Nice to Know’ expresses a yearning to return to happier times, it also shows a fortified determination to carry on a legacy.”  The sleek production mixes ambient electro sounds with a modern pop flair, creating a layered and impactful sonic landscape.  Saticöy finds a balance of truth and melody on their inspirational new single, “Nice to Know.” 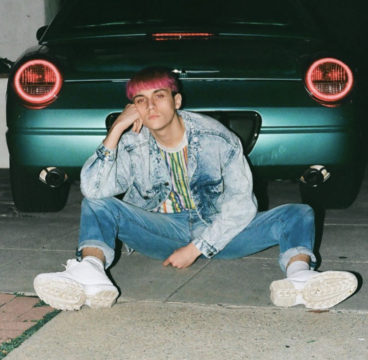 “Being young and experiencing things for the first time is a major aspect of getting older and maturing. It’s okay to put yourself in an uncomfortable situation. You just gotta be mentally prepared for it. Go in with an open mind”, those are the wise words from up and coming artist Julian Daniel, talking on his new single “Supernova,” which acknowledges growing up and evolving. 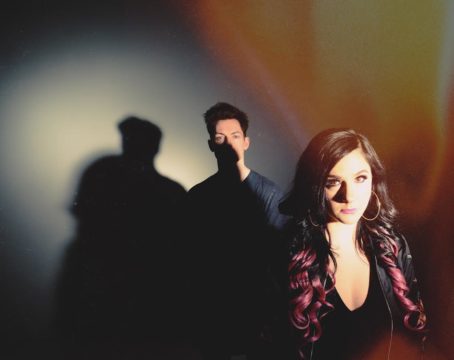 Lena Leon is a critically acclaimed singer, producer, audio engineer and songwriter from New York City. Having quickly become one of the go-to vocalists and songwriters for some of the biggest producers and DJs in the dance scene, Leon is now showing the world who she is an artist. She confides, “People can always sense when a song comes genuinely from the heart, and that’s when I realized I had a voice and wanted to share it with the world”.

Growing up, Leon soon developed an addiction to catchy pop music and it led to an obsession of crafting the perfect pop song. After being introduced to dance music in high school, she was drawn to the soaring melodies and powerful drops. These two genres truly helped define her musical style. She reveals, “I would describe my sound as club pop! I really just wanted to make the music I wanted to hear, because I felt as though there wasn’t enough of it out there! I have such a love for dance and pop music and wanted to find a cool way to fuse the two together. Who doesn’t want a fun pop song they can dance to on a night out?!” Leon uses life experiences to form personal and authentic music which people can relate to. “It’s important to me that all my music is fun, but lyrically have an underlying powerful message. At the end of the day I just want to make fun dance pop music that people can enjoy”, expresses the songwriter.

Leading single ‘Walls’ featuring Andy Tongren (Young Rising Sons) highlights captivating melodies, powerful percussion and vibrant soundscapes. The single evokes an uplifting and happy anthem, while the theme of the song contradicts the sound, narrating the heartache of a break-up. The songstress explains, “Walls represents both the walls of the room the couple lived in together and the walls they created between themselves. The lyrics tell a story of two people packing their bags, and moving out of the place they lived together after they’ve decided it wasn’t working out between them”. Woven throughout the song is a message that teases the truth that would be revealed if only the walls could talk.

As a proud female audio engineer and mixer, Leon is on a mission to help empower other women to conquer their fears and learn how to self-record. Leon has also cemented herself as a force in the songwriting world, penning songs for major artists including Tiesto, Deorro and Spencer Ludwig, to name a few. Having already racked up millions of plays on Spotify for her songs, as well as reaching #1 on the charts around the globe, Lena Leon is continuing her impressive musical journey with the release of ‘Walls’ currently available worldwide. 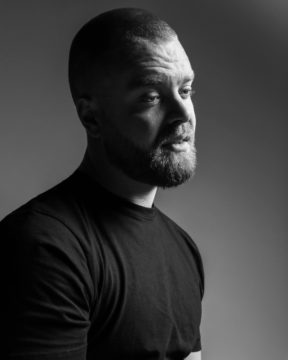 Don Stefano (singer/writer/producer) has always lived his life through music and started his professional career in 2011 when he released his first album, working as songwriter and producer. Since then he have taken the industry by storm and have had numerous international hits, including the Grammy nominated hit “7 years” by Lukas Graham. In 2016 he moved to Los Angeles and landed a songwriting deal with Jon Platt, CEO of Warner Chappell publishing. Through this he worked with artists such as Selena Gomez, Leona Lewis, Hailee Steinfeld and Julia Michaels. In a music presentation for Jon Platt, “Ask for it” was played as demo, and this led him to convince Stefano to pursue a career as artist himself – and Future Animals was born. 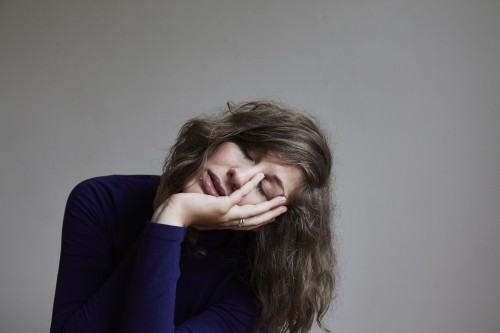 Merival is Torontonian singer-songwriter Anna Horvath, drawing inspiration from tension and gathering from the romantic and familial with practiced vulnerability. She gained recognition in 2016 with the critically acclaimed EP Lovers and will release her debut full-length in summer 2019. Her songs carry questions, exploration, and an expectation of philosophical growth. Full of folk lyricism, experimental instrumentation, and a sweeping dynamic range, she strives to make sense of the key arresting moments of life. 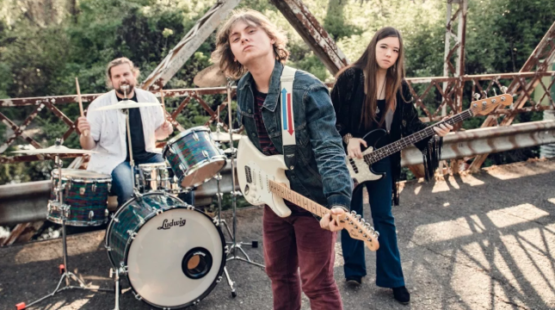 2019 has been shaping up to be a great year for the band, who recently performed a sold out show for indie rocker “Barns Courtney”. The band recently completed a UK tour and is set to embark on a US tour, anchored with a slot on Summerfest, 2019 & Swedish dates to support the much anticipated follow up, “Love Everything, Love Everyone” produced and written by Christian Gisborne and Roger Gisborne in Los Angeles with engineer/mixer Josiah Mazzaschi (Smashing Pumpkins, The Kills, Jesus & Mary Chain and Deap Valley) and Brian Lucy for mastering. The new mini-album is also deeply rooted in the sixties, but adopts a slightly heavier sound, mirroring the band’s dynamic live performance. The new mini-album is lyrically & sonically the next step in the evolution of the Velvet Starling’s sound. 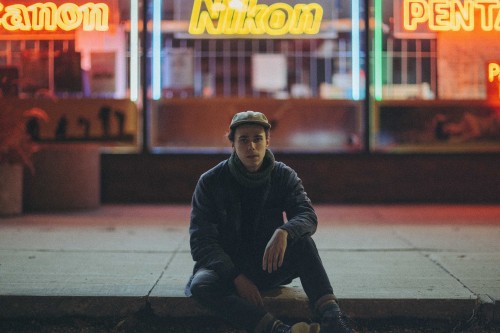 “My name is Liam. I’m 22. I’m a songwriter, sideman, and mix/audio engineer. First and foremost: I’m releasing an album I worked on with my friends and with Howard Redekopp (Tegan & Sara, Mother Mother, New Pornographers, etc.). I am very proud of this album and I hope you love it. In 2019, I’ll be touring this project heavily and making some more music.

For many years, I toured with a band called The Middle Coast. We started touring when I was 17, and toured 100-200 days a year until I was 22. With my two best friends, I toured Canada coast to coast, toured the U.S. a bit, and toured Japan. It was awesome. 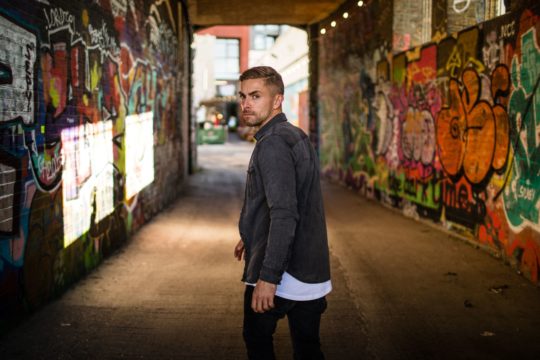 Directed by Jo’lene Henry (Jess Glynne’s Creative Director) & Harry Lindley the video is sassy and infused with incredible choreography from seriously talented New Yorker @delacyn, Blaise goes on to say: “This video is exactly what we wanted – a message that Good Body is all about positive vibes and being happy in yourself. With amazing camera work, next level dancers and personal touches with family members in the video, we hope that this video gives out energy and entertainment, which is what we are all about.” 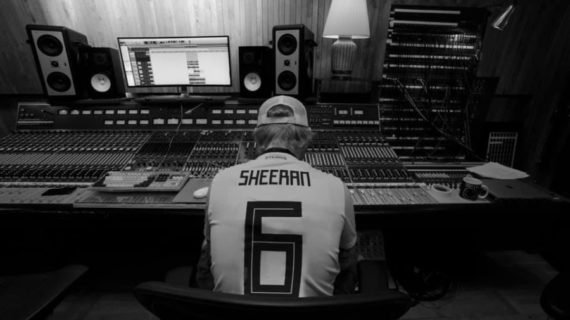 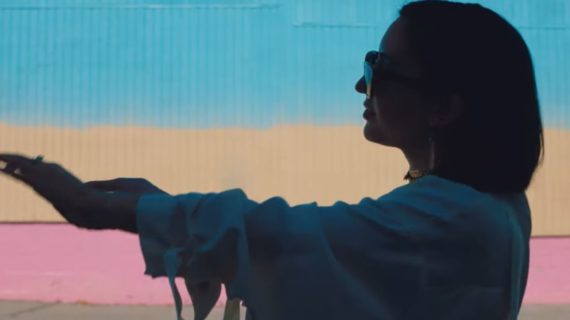