Stockholm artist Miynt has debuted new single “Lucy In Disguise,” the third track to see a release in anticipation of her upcoming EP. Miynt has also revealed the title and release date for the new EP, Stay On Your Mind, scheduled for an August 2 release via B3SCI Records. Miynt produced much of the EP herself, with Jake Aaron handling the majority of the mixing (Snail Mail, A$AP Rocky, Grizzly Bear, Solange).

Speaking on the new single, Miynt notes, “I wrote Lucy in disguise on a rainy night on a green velvet couch. I had recently moved back to Stockholm from LA and was feeling kind of numb. Sweden was really dark and grey and I had just gone through a lot of different changes. The song is about all the things that never had the time to become and about me being the ocean.”

Miynt’s 2019 output marks her official return to the spotlight since her 2016 debut EP. She kicked things off with “Vacation with Bond in south of France part 2,” a track soundtracking a James Bond movie that was never made, which drew love from outlets like The Line of Best Fit, Flaunt and KALTBLUT Mag. “Peaches” followed, further drawing love from the likes of L’Officiel and Refinery29, who named it among their ‘New Music To Know.’

Both singles have received KCRW radio support on Jason Bentley’s ‘Morning Becomes Eclectic’ with “Peaches” making it onto the Top Ten list, and “Peaches” was also playlisted on SiriusXMU’s ‘Discovery’  The track is also gaining steam at Spotify with adds to their official Fresh Finds and All New Indie playlists. 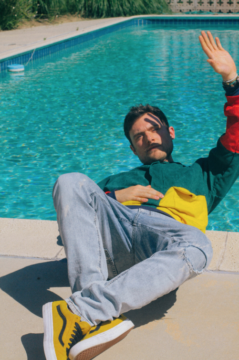 When dreaming up songs for his new project Alt Bloom, L.A.-based singer/songwriter Ethan Thompson aims for a total lack of inhibition, a deliberate freedom in mining the musical inspiration that most deeply resonates with him. On songs like “Potential,” that means leaning into his lifelong love of hip-hop, in part by taking a distinctly rhythm-driven approach to his vocal delivery. “I’ve always loved hip-hop and loved freestyling, and with Alt Bloom I finally felt comfortable enough with myself to really show that in my music,” Thompson points out.

With its warped beats and airy grooves, “Potential” brings Thompson’s graceful flow to a lighthearted look at the lovely confusion of falling for someone, his lyrics putting a gently flirty twist on the classic seduction jam (sample line: “Come put your heart up on my sleeve”). “So much of Alt Bloom comes from never taking ourselves all that seriously, and letting ourselves be a little goofy a lot of the time,” says Thompson. “We always know that if we’re listening back to a song and end up dancing around the room, then essentially we did something right.” 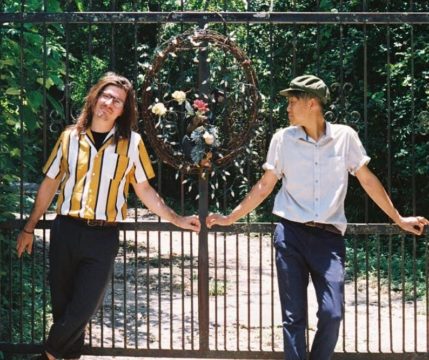 Based in Austin, TX, Summer Salt blends vibrant yet breezy vocal harmony and colorful elements of 1960s pop, Bossa Nova and jazz. The group was originally formed around the talents of Matthew Terry (vocalist/guitarist) and Eugene Chung (drummer) during their senior year of high school.

Before moving to Austin, Matt and Eugene enjoyed playing intimate shows at small coffee shops, friends living rooms, and local venues around the Dallas and Denton area where they began to work on and craft the musical nature of what is now Summer Salt.

In 2012 the band fledged away from their hometown to pursue music in Austin TX, where they began writing their first EP Driving to Hawaii. Driving to Hawaii (2014), contains the essence of a never-ending vacation and is rich in guitar pop and silky harmonies that is reminiscent of the Beach Boys. The EP features fan favorites such as Sweet to Me, Rockaway, and of course their title track, Driving to Hawaii, which has iconically represented the basis of all Summer Salt lyrics: trying to slow down and enjoy the ride of chasing what appears to be an unattainable pipe dream.

Their next release, Going Native (2015), was inspired by a trip abroad where Terry began diving into artists such as Joao Gilberto, Antonio Carlos Jobim, and Gilberto Gil which lead to a new writing direction using Latin elements. Succeeding the energetic and live sounds of Going Native, So Polite (2017), was the perfect appetizer for the band’s debut full-length album, the wildly colorful, Happy Camper (2018) which features a more polished production quality from Sub-Pop stalwart Phil Ek (Fleet Foxes, The Shins).

The infectiously melodic ensemble has cultivated a loyal following with their endless summer, ocean dream music that can be heard in influences such as the Lovin’ Spoonful, Donovan, Frankie Valli, the lovely Lady Day or other musical genres of 1960s Rocksteady or African Highlife. Moving forward, with the anticipation of their forthcoming release Honeyweed, Summer Salt maintains phonetic components of Brazilian tropicalia and 60’s folk pop while drawing inspiration from seasoned topics of loss and renewal.

Summer Salt’s building success on the road lead to a 31-date sold out North American tour in the Summer of 2018. Featuring the recent addition of guitarist/vocalist, Anthony Barnett, and bassist, Elliot Edmonds, the group is now preparing to embark on their second headlining US tour with wonderful and humble support of Motel Radio and Dante Elephante. The tour kicks off with a homecoming show in Dallas, TX on July 13th and concludes full circle in El Paso, TX on Aug. 18. 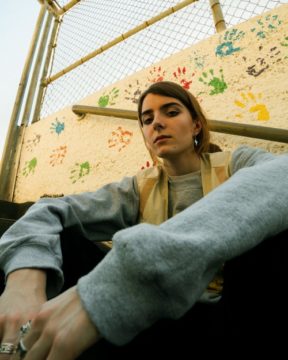 At the age of only 19, bülow has created an astounding body of work with her debut EP’s Damaged Vol. 1 and Damaged Vol. 2, which included the multi-platinum selling hit “Not A Love Song” that has generated over 50 million streams worldwide. Since then, bülow most recent release, “Two Punks in Love,” is climbing the Canadian radio charts and is on it’s way to breaking into the top 10.

A child of the globe, the bright-eyed Megan Bülow has grown up in five countries including Canada, Germany, the UK, the US, and recently graduated from high-school in The Netherlands. Her global presence won her the Roots ‘Sweat Style’ Fall 2018 campaign, as well as features in both Vogue UK and Billboard Magazine (to name a few). bülow’s most recent shows include her US tour with Fickle Friends and the iHeart Radio Jingle Ball in Toronto alongside the Chainsmokers, Dua Lipa, Alessia Cara, and more.

bülow has released a music video for her newest single, “Get Stupid,” the track is off the JUNO Award winner’s latest EP Crystalline released earlier this year and was produced by Mike Wise, who produced several songs on the EP. When discussing the accompanying video for the song whose concept was envisioned by the singer herself, bülow commented, “When I was younger, I wanted to be an inventor, to create things. I think everybody strives for the feeling of self importance, trying to find their ways to be remembered. My character created a flying device, it didn’t work out, but that wasn’t the end.”

To say that Alberta musician Leeroy Stagger’s life journey has followed a strange path would be a bit of an understatement. 17 years as a singer-songwriter and 10 years sober, with two kids, a home in Lethbridge and a world class recording studio to go with it, he’s far removed from the hard-living twenty-something who started on this musical path. On September 13th, Leeroy Stagger invites us to be a part of his journey with the release of his new album and book, Strange Path, through True North Records. And today marks the release of the video for the glam-rock blissed out first single, ‘Strange Attractor’.  Directed by Brock Davis Mitchell, the video draws inspiration from films like ‘The Favourite’ and ‘Marie Antoinette’ and weaves an experimental narrative with shocking bursts of colour.  Watch video here.

The name Strange Path applies as much to Leeroy’s unexpected route from the BC punk scene to southern-Alberta singer songwriter as it does to the album’s own evolution. Following from 2017’s Love Versus, itself a creative re-emergence after a years-long fog of anxiety and depression, Strange Path is the end result of a triple-album’s worth of scrapped demos, and a spirit-reviving retreat inwards. It’s also Stagger’s most ambitious and philosophical creation yet, a veritable self-help book pulled from a lifetime of struggling towards the light and brimming with the hard-won joy at the heart of his recent renaissance. It’s an album full of sharp hooks and sharper insight, and the first single ‘Strange Attractor’ rides that line right to the end.

“Nothing is permanent when you really stop and think,” says Leeroy. “The home we live in, the car we drive, the children we raise, the art we make and the skin that we’re in. It’s not forever, it’s barely real, and that’s ok to me because I’ve been shown the truth of it all. In seeing that it’s not that big of a deal, this has shown me how beautiful it all is. It’s precious, impermanent and beautiful. ‘Strange Attractor’ is about the unseen nature of impermanence and the sacredness of the life we live.” 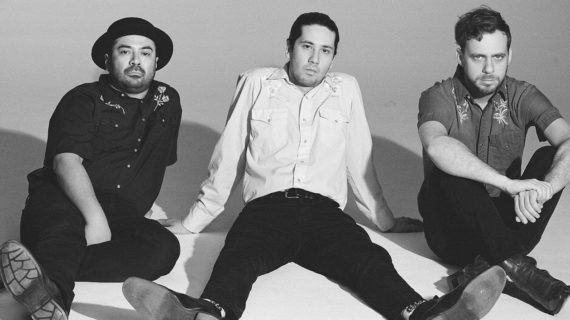 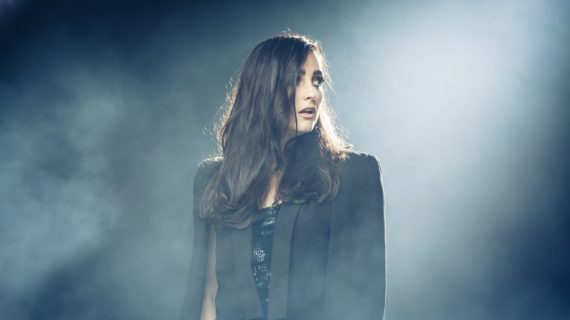