Rising star Kyla Carter’s talent runs deep whether she is acting, singing, dancing, or performing on Broadway. Kyla is currently starring as ‘CJ Suki’ in the new DreamWorks animated series “TrollsTopia” streaming on Hulu and Peacock. She can also be seen starring as the same character in the Netflix series “Trolls The Beat Goes On”. Kyla’s single “Because You’re You” from Season 4 of the Netflix series soundtrack has become a hit with Trolls fans and beyond, garnering over 28K-streams on YouTube alone. As a singer/songwriter herself, Kyla has plans to release more original music in the new year.

Kyla was born and raised in Long Island, New York – where she took inspiration to become a performer from her icon Shirley Temple. She began her acting career at 5-years old when she was cast as ‘Hattie the Witch’ in the Nickelodeon animated series “Wallykazam!” and ‘Young Nora Durst’ in the HBO drama series “The Leftovers.” With her passion for theatre arts, she began her Broadway career at 8-years old playing ‘Gretl von Trapp’ in “The Sound of Music” (2015-2017), under three-time Tony Winner Jack O’Brien. She then went on to play ‘Susan Waverly’ in the Broadway production of “White Christmas” (2018-2019). Overall, Kyla spent 18-months touring the U.S. and Canada, performed over 500 shows, visited 50 cities and 26 states, and never missed a day of work or school on the road. Outside of Broadway, Kyla’s professional acting credits thus far include work for ABC, HBO, Nickelodeon, PBS, Netflix, Hulu, Peacock and NBCUniversal.

When Kyla is not acting, she spends time writing her own original music, performing popular cover songs on her YouTube Channel, dancing, and modeling. During the pandemic, Kyla began her own podcast ‘Kyla’s Korner’ The podcast is featured weekly on ‘The Mark White Show’ airing on Radio Alabama’s KIX 96.3 FM/100.3 FM, and can be streamed on most podcast platforms. Kyla’s mission is to spread positivity and kindness to her community. She shares encouraging and motivational messages to her listeners with her motto being: ‘Live life sunny side up!’ She is an advocate for spreading sunshine and positivity wherever she goes. Kyla is truly an inspiration and positive role model for other young girls and boys during these unprecedented times.

Hi Kyla and welcome to OLC! How are you and have you been keeping safe during these crazy times?

I am really great and super happy despite these crazy times! Although many projects have been put on hold, I have been keeping busy at home with online school, zoom training, and working remotely!

So tell me how you began acting and what inspired you to want to start acting?

My love of acting was inspired by Shirley Temple. When I was four years old a commercial for the Shirley Temple DVD’s came on the television. I begged my mom for the whole set. I watched every movie in color and black and white over and over, and I said to my mom, “I want to do what she does.”

Did you have any inspirations growing up and if so why did you look up to them?

When I was 8 years old I was cast in the Sound of Music Broadway National Tour. The director was three time Tony winner Jack O’Brien. Every rehearsal with him was a master class with a master teacher in acting. He inspired me to learn from the amazing creative actors and directors I work with on every job!

Now you are also a very talented singer/songwriter, what inspires you to write a song generally?

I have been a professional actor since I was five years old. I have toured the USA for the last five years in two Broadway productions. I performed over 600 shows, visited over 75 cities, 35 states, and performed for audiences of 5,000 people! My life has been really incredible, but I have missed a lot of “normal” childhood experiences. My lyrics are about the struggle, sacrifices, and drive to live my dream.

What do you enjoy more? Singing or Acting?

I enjoy both but singing is my SUPERPOWER!

When I was 4 years old, the local teachers and I sang and danced and encouraged my parents to have me pursue acting professionally. By age 5 I had an agent and I booked my very first audition. I have been blessed ever since with amazing job opportunities.

Now you voice CJ Suki on “Trolls: The Beat Goes On”, what do you enjoy the most about working on the show?

I was so excited to find out that CJ was created based on some of my own features, like freckles and blue eyes. I also love that she is a pop singer and a spunky firecracker! I really enjoy the great music, fun characters, humor, and positive messages built around friendship.

Your song from the show “Because You’re You” has been viewed over 29,000 times which is a huge achievement. So tell me if you had the chance to record with any artist who would it be and why?

I would love to record with Taylor Swift. I think she is a true role model for young artists. She is classy, insanely talented, and appreciates her fans. Her music is inspirational, relatable ,and her sound is similar to mine.

At the moment your performing covers of songs on your YouTube channel, do you have plans to record some of your own songs and maybe release an EP sometime?

2020 has given me the gift of time. With this time, I have been writing a ton of songs that are being produced and released very soon!

‘Kyla’s Korner’ is a podcast segment featured weekly on ‘The Mark White Show’, where I share encouraging and inspiring messages. The main message that I try to relay to my listeners is to “Live Life Sunny Side Up.” I was really excited when Mark offered me this opportunity, because the theme of his show is making a difference. I believe that if I can make a difference in someone else’s life, even if it is just one person, I am making a difference in this world.

You’re very versatile in your career, is there anything else that you’re super passionate about?

I am super passionate about using my platform and talent to give back. I regularly perform at Broadway charity events to help raise money for Broadway Cares and The Actors Fund. I am also a member of “Team Young Hollywood and Broadway” which consists of young actors who come together to support the efforts at St. Jude Children’s Hospital.

I also use my platform to encourage my fans to never compare themselves to others, be true to you, and inspire those around you with positivity and kindness. I want those around me to always try to look at the bright side of life, dance in the rain, and be the SUPERHERO in your own story.

How are you planning on spending your Christmas?

A family tradition is to bake Christmas cookies and make gingerbread houses with my grandparents.

Is there anything you’re hoping for this holiday season?

I really want a new guitar! I am hoping for a Taylor!

I am really excited to release my first single in 2021. I am also excited to work on a new animated television series in the title role. 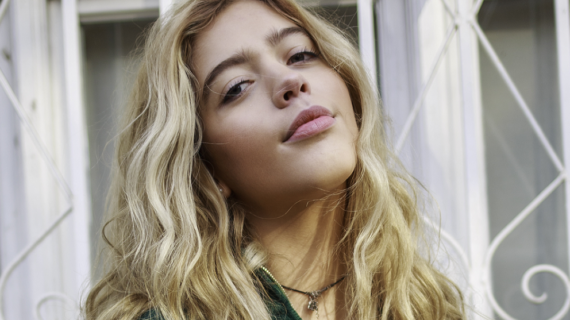 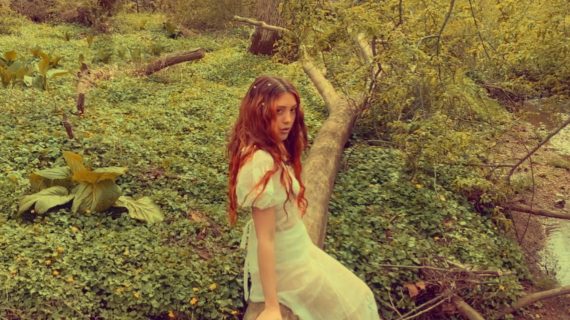