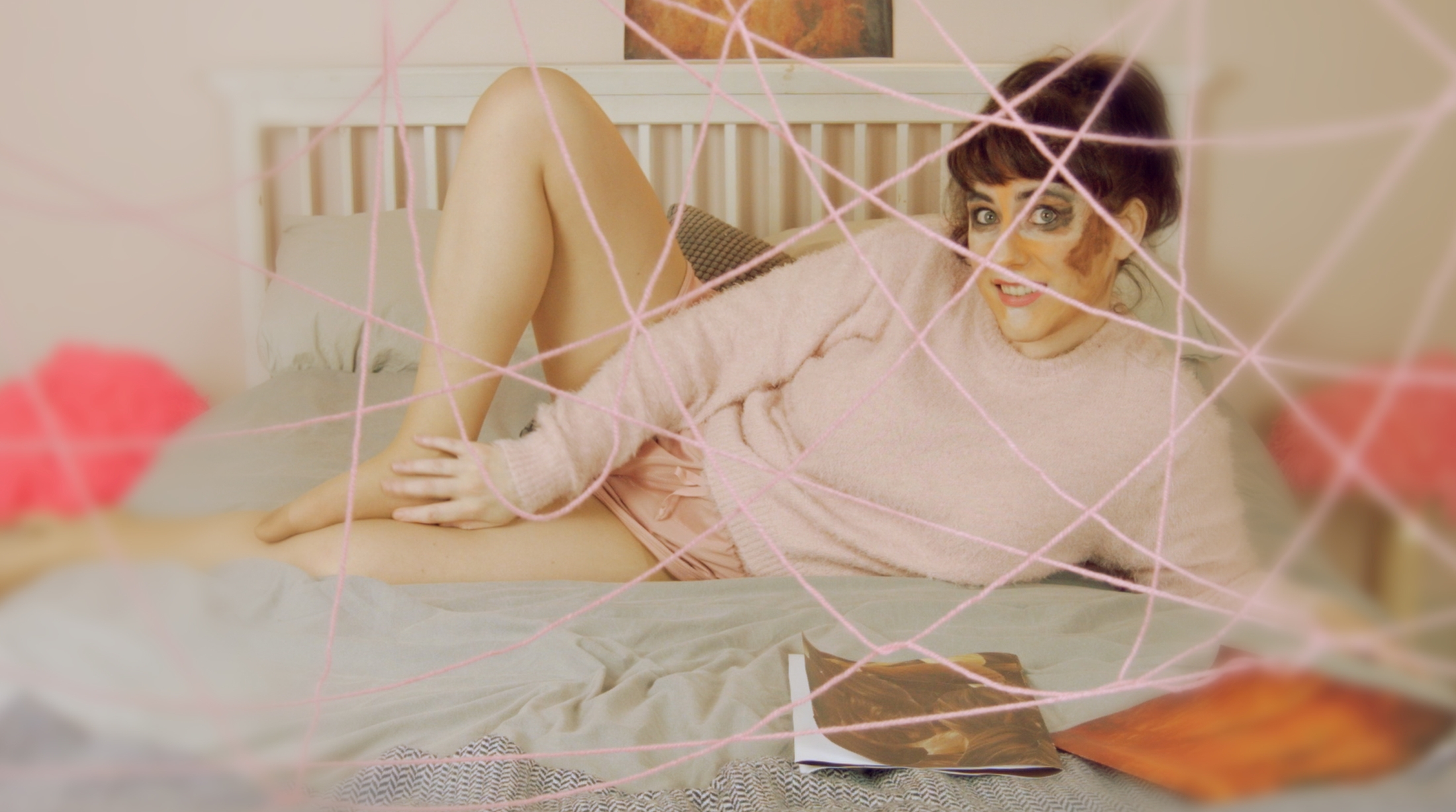 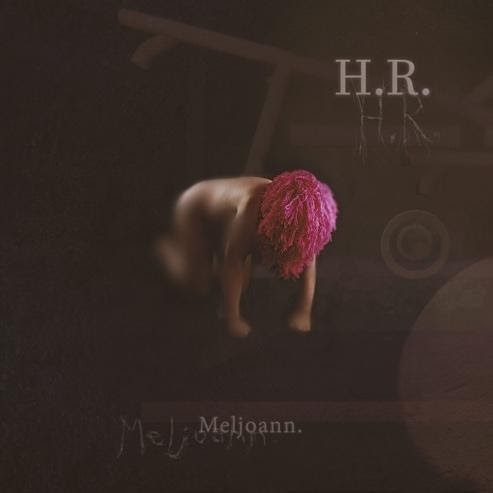 Meljoann (Mel-Joe-Ann) is undoubtedly a force to be reckoned with. The Irish-born, Brighton-based songwriter, producer and vocalist is set to return with her sophomore, experimental pop album HR.

Following on from the success of her previously shared gems O Supervisor and Overtime, her forthcoming record sees her return with her shimmering R&B aesthetic and satirical flair. Blending adventurous production with her own forward-thinking direction, HR makes for a bold and enticing listen.

Whilst appearing as fun, noughties-tinged pop jams, in this full-length Meljoann lifts the rug on the adversity of the patriarchy modelled by a workplace environment. Speaking about the new album, she says:

“HR represents the ways in which we collude with, prop up, and replicate capitalism in our relationships and inner lives. Its underlying concept describes our economic fundamentalism as a self-fulfilling model of reality that no-one escapes from: our utility as Human Resources”

The music is a sonic reflection of the album’s tropes. With beefy bass and ethereal synths frequently distorting for subtle off-kilter moments, they signpost the social unease that HR commentates.

Described as “Ireland’s most under-rated pop star” (Ian Maleney- promoter), Meljoann has been steadily growing hype for DIY releases on her label, Boy Scout Audio. In 2009, she released her debut project the ‘Tour Guide’ EP, which began the trend of Meljoann’s hard-hitting lyrical realism and her willingness to speak on the most pressing topics of the day.

Over the years, Meljoann has played support for artists such as Ghostpoet, Telepathe and Mu-ziqas as well headliners and raves on the Irish and Berlin scenes. Her live sets contain pop songs, dance tracks, disorientating sound design, and visual projections with dystopian power-point slides.

These latest singles from her forthcoming album ‘HR’ have received steady radio support across Ireland, London, Brighton and KEXP in the US. 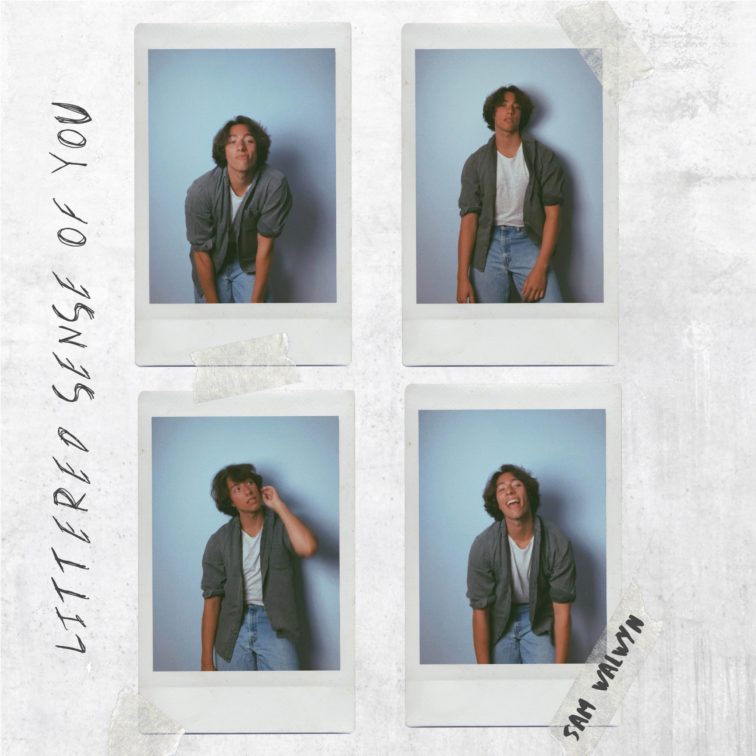 Following on from the enormous success behind his previous single ‘First Place’, which arrived in May, fast-rising singer-songwriter Sam Walwyn has returned to deliver the uplifting new offering ‘Littered Sense Of You’.

Taken from his forthcoming new EP, which is set to arrive in October, ‘Littered Sense Of You’ looks to continue that fresh and vibrant direction he has already established for himself. Coupling his smooth and passionate voice with a sweet and sweeping pop-rock production gives his latest release a truly euphoric and memorable texture throughout, as well as showing us the heartfelt and emotional root of his songwriting.

Speaking about the new track, he said, “After nearly a year of a bad end to a relationship I realised ohh if I’m still thinking about them so much then I’m clearly not over them. All this time I’ve been convincing myself I was over them and comparing any current relationship to that previous one. This is when I realised ahh man I’m way more heartbroken than I thought I was, so I wrote Littered Sense of You”.

Having grown up in Jersey and the Caribbean, Sam Walwyn developed a sound rich with his experiences, blending indie folk and alt pop, tinted with flamenco influences. His curiosity for different musical cultures influenced his songwriting and use of rhythm.

Sam’s debut single ‘For You’, released in 2020, received significant traction from DSPs and was picked up by the BBC Introducing as ‘Track of the Week’, eventually landing him a mention as one of BBC Introducing’s Ones To Watch in 2021.

After releasing his second single ‘Clutter’, which was again selected as ‘Track of the Week’ by the Introducing team, Sam started posting on TikTok, sharing guitar melodies and originals. His posts went viral, reaching more than 6 million views and helping build an audience of more than 100k followers.

Sam Walwyn’s new single ‘Littered Sense Of You’ is available to stream now! 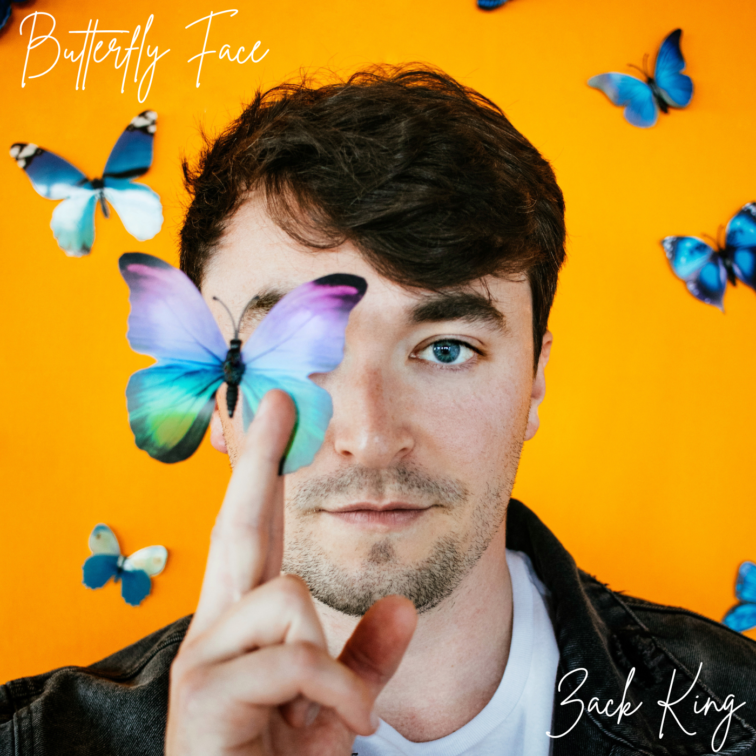 An irresistible track made for summer playlists, “Butterfly Face” is a brilliant ray of sunshine, evoking those magical feelings that only falling in love can stir within us. Shimmering with iridescent ukulele-driven melodies, the song captures the incredible experience of meeting someone that changes our lives forever, converting the world around us from black and white to technicolor, while speaking to the transformative power of love to help us grow and understand our time on Earth in a new way.

“Have you ever met someone that’s opened your eyes to the world around you? Someone who shows you how beautiful this world can be, and all of its endless possibilities? Someone who takes the gray out of your dull skies, and replaces them with happiness and hope? ‘Butterfly Face’ is about meeting that special someone that sets you free. When you see her, you feel like you’re able to finally break out of your shell, or open up from your cocoon; like a butterfly,” King shares.

“Butterfly Face” is the first single off of King’s upcoming EP, which promises to enchant admirers of the artist’s first album with the same poignant lyrics, nostalgic melodies, and striking authenticity that originally won them over while offering an elevated and enthralling sound that is sure to turn new listeners into lifelong fans.

Known for his extraordinary ability to cut through to the heart of the human experience, diving into relatable themes such as life, love, and personal growth, Zack King’s alluring songwriting style offers reassuring comfort and hope, reminding listeners that they are not alone in what they’re going through, no matter what stage of life they may be in. 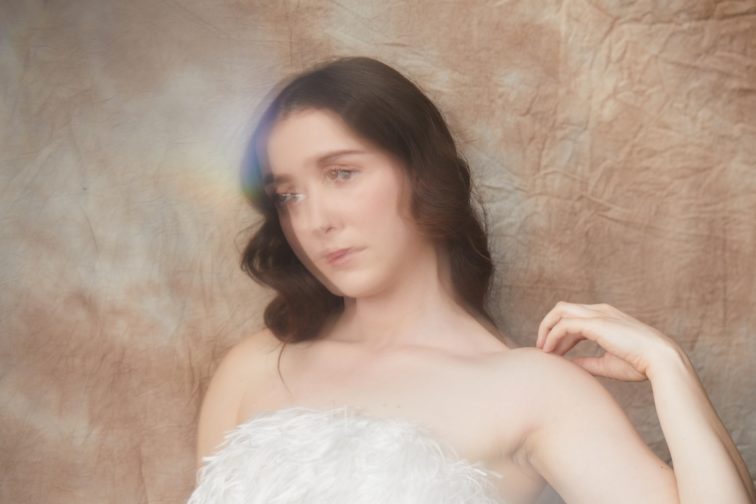 Fiercely independent and possessing a true artistic vision, Angelene Holmes aka DELPHii is sharing her new single “The Times”. It’s the third instalment from her jaw dropping debut EP “Lilac” out NOW via Young Frau Music.

The Times is a deeply captivating, ruminative new cut that reflects on the exhausting pace of contemporary life. Written before COVID, it feels even more appropriate now than ever before…

“This song is something of a quiet moment; people don’t have many of those anymore” explains DELPHii. “Life is so fast. The media permeates our lives until we are soaked in a global newsfeed of subliminal contradictions like work tirelessly, succeed, get rich, it’s easy, but money isn’t everything, relax, don’t let life pass you by. Conform, but not like everyone else. Consume but don’t wreck the planet. Look pretty, but not too pretty. We’re told to focus on self-care, while our eyes are forced open to every bit of bad news in our digital worlds”.

The Times is another opportunity to immerse yourself within DELPHii’s compact musical universe, where she skilfully fuses elements of neo-soul, bedroom dream-pop, jazz, electronic music and psychedelic rock, while delving deep into ideas of identity, interpersonal issues and the complexities of society as a whole.

With an undeniable creative focus, she is a musical force, producing, writing and performing every song on her debut EP with unwavering conviction. Earlier tracks Lilac & Tell Everyone received a groundswell of support, with the likes of The Line Of Best Fit, NME, Notion Magazine, TMRW, COLORS, Clash and Radio 1 all falling in love for DELPHii’s genre blending, self-produced sound.

The West Midlands-born, Newcastle-based artist is a refreshingly rare figure in music, only now launching a solo career after years of contributing to other people’s projects. What makes Angelene a truly exceptional proposition, however, is that her debut EP as DELPHii is worth every single second of the wait. 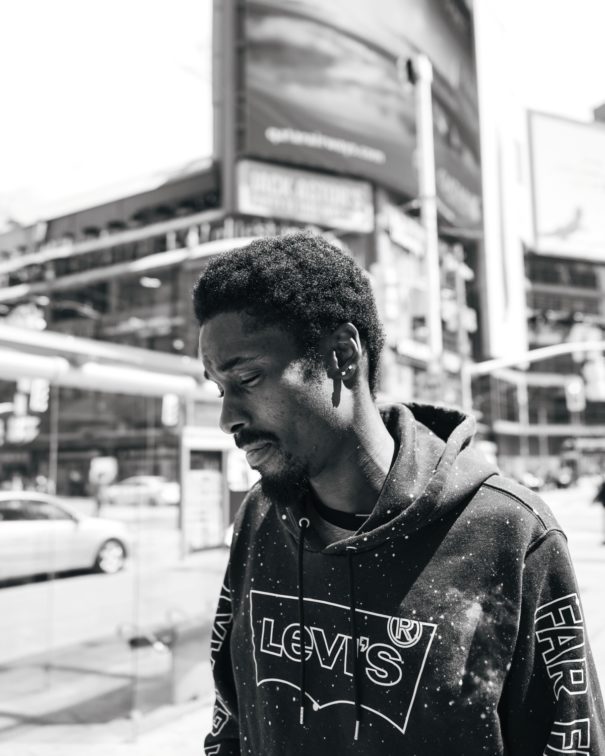 By sonically documenting his experiences, and taking no aspect of his music for granted, Canadian hip hop artist Toronto Poor Boy has laid it all out on the line with this, his debut studio album, Until the End of Hurting Times — available now!

“Last year was definitely a year for reflection for a lot of people,” the Jamaican-born artist says, “and it gave me the ability to really put my thoughts and feelings into my lyrics.”

Featuring new single “No Stressing,” his recently released 26-song LP, Until the End of Hurting Times, is the culmination of patience, character, and self-determination in putting out the most authentic sound possible. Filled to the brim with a range of hip hop bangers, to motivational and inspirational songs, previously released singles “Big Dreams” and “Low Key” were only a palette cleanser for the breadth of insight found within the melodies and lyrics of this immense musical effort.

To suggest this is just a hip-hop record may disservice the myriad of genre influences that season this record to perfection; piano themes, heavy guitar riffs, dark synths, and trap drums cascade effortlessly across love songs and club anthems just the same. Another indication of TPB’s persistence, apart from this album’s incredibly deep tracklist, is that he has another 24-song record ready to go.

An artist raised on the streets of Toronto, TPB has an origin story like no other… Overcoming adversity and defying the odds has been imprinted into his DNA from the time he immigrated to Canada as a young teen. The obstacles faced during his years in the group and foster care system have informed the profoundly personal perspective embedded within the entirety of his musical catalog.

TPB’s artistic method extends past his general philosophy of self-awareness and personal growth; his recent decision to remove all social media-based services and focus on music platforms, where he continues to find tremendous success, illustrates the old-school approach he takes when representing his art.

We currently live when carbon copies of the most prominent artists are trying to make a quick buck. When the history books recount the many gains and losses throughout society in 2021, Toronto Poor Boy’s music’s inspirational aura and infectious energy will be amongst the most promising artistic contributions from this period.

“No Stressing” and “Until the End of Hurting Times” are available now.

LISTEN to “Until The End of Hurting Times” EP: 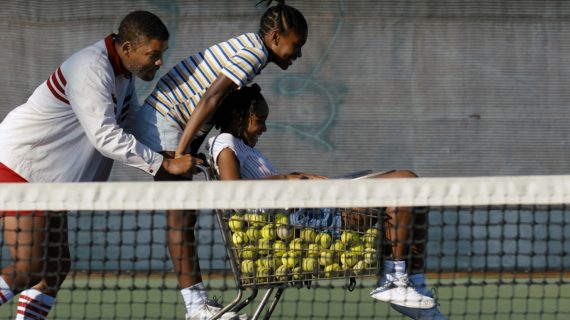 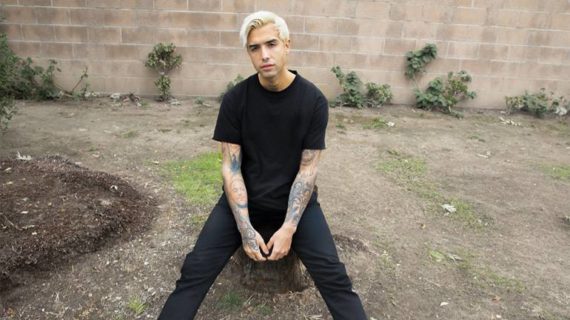