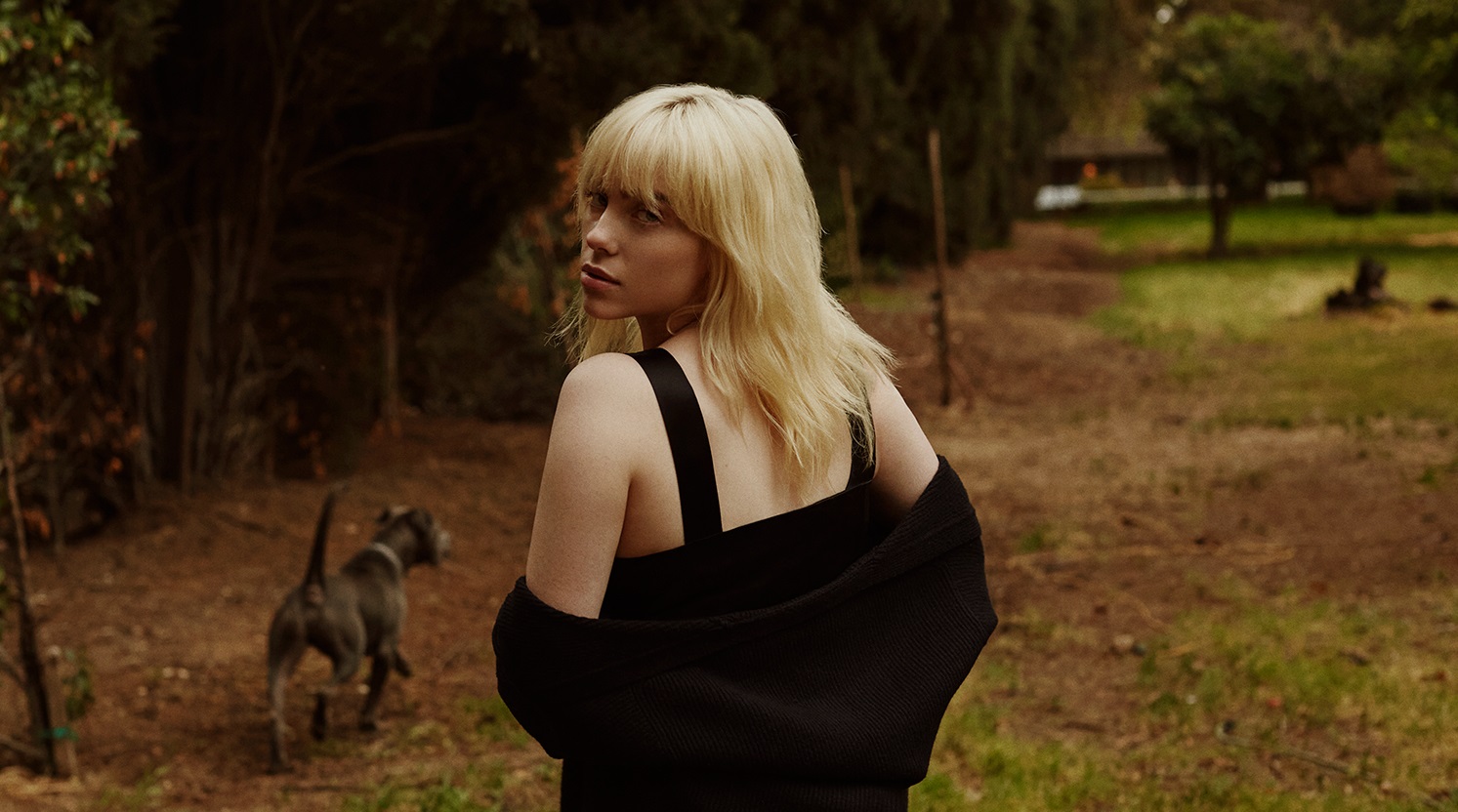 Anne-Marie: “Beautiful”: It’s no wonder why “Beautiful” is a destined smash hit, it’s written and produced by Ed Sheeran and Max Martin. After unveiling the Therapy tracklist, Anne-Marie delivered “Beautiful” as the next single. The single features vocals at the end of the track from Anne-Marie’s godson and his little sister.

On Twitter, Anne-Marie wrote of the song, “”Beautiful” is such an important song for me, so it was really special to create it with Ed Sheeran. I really hope that when you listen to this it makes you realise how truly beautiful you are. Let’s spread love and kindness.” She added, “Share it as far and wide as possible. Also, big shout out to my godson and his little sis who make a special guest appearance at the end of the track LOVE YOU x”

Billie Eilish – “Your Power”: Billie Eilish has scored herself a sure fire hit with her recently released single ‘Your Power’, a haunting ballad about abuses of power, taken from  her second album Happier Than Ever. The pop superstar opened up in an interview with British Vogue, where she discussed – among other things – abuse, taking control of her identity, and the new single, which she described as “an open letter to people who take advantage – mostly men.”

“I wanted to say that it doesn’t matter who you are, what your life is, your situation, who you surround yourself with, how strong you are, how smart you are, you can always be taken advantage of,” Eilish explains during the interview. “That’s a big problem in the world of domestic abuse or statutory rape – girls that were very confident and strong-willed finding themselves in situations where they’re like, ‘Oh my god, I’m the victim here?’ And it’s so embarrassing and humiliating and demoralising to be in that position of thinking you know so much and then you realise, I’m being abused right now.” “I don’t know one girl or woman who hasn’t had a weird experience, or a really bad experience. And men, too – young boys are taken advantage of constantly.”

DJ Khaled (feat. Bryson Tiller, Lil Baby and Roddy Rich) – “Body In Motion”: On May 18th in case you missed it, DJ Khaled dropped, as he likes to say, “anotha one!” A new video to accompany his smash single “Body in Motion.”. The megaproducer invites on the song featured artists Bryson Tiller, Lil Baby and Roddy Ricch — as well as his buddy Fat Joe — onto his luxury yacht in Miami for a day party full of bikini-clad women in the Joseph Kahn-directed video.

Don Diablo (feat. Ty Dolla $ign) – “Too Much To Ask”: Music is amazing for many reasons, and it can be even more amazing when just listening to it can help towards a greater cause. That’s what Don Diablo and  Ty Dolla $ign-assisted single “Too Much To Ask” embodies. Don Diablo presents the song as a part of a forward thinking new concept together with JustDiggit and the United Nations. StreamToRegreen a way to help shape a new world in an innovate way where everyone can play a part. Every steam will help regreen Planet Earth as all profits will go directly towards JustDiggit, a non profit organization who are on a mission to regreen Africa and cool down the planet.

The Greeting Committee – “Some Kind Of Love”: This is one one of my favourite songs from the band so I could not, not include it on my list. The Greeting Committee is an indie rock band from Kansas City, Missouri. The band is made up of Addie Sartino on lead vocals, guitarist Brandon Yangmi, bassist Pierce Turcotte, and Austin Fraser on drums. And if you haven’t heard them yet, you can discover some of there music in the hit Netflix film “To All the Boys: Always and Forever.”

Novo Amor – “Haven”:  Novo Amor has lent his signature sound to the video game Life is Strange. The indie/alternative rock sound of the various scores are so instantly recognizable as integral to the game series. In an interview featurette, musician Novo Amor explains that even before he composed the in-game track “Haven” for the upcoming game True Colors, fans were already drawing comparisons with his music and Life is Strange.

Haux – “Calico”:  Haux drew on personal experience for this moving track. In fact Woodson Black (Haux) actually wrote this about a family member who had passed. Thinking back on a voicemail from his late aunt—one of the last messages he ever received from her before she passed away—Black was inspired to write his latest single from Violence in a Quiet Mind, an impressively gentle acoustic ballad matching the cabin fever of early Bon Iver and the baroque acoustics of Fleet Foxes.

“I wrote ‘Calico’ in a kind of daze one day last March,” he shares of the new track. “I lost my phone when I was writing the album and had forgotten to back up my voicemails, including one from my aunt calling to say happy birthday. It was one of the last times I heard from her before she died from an overdose. Losing it felt like I somehow lost my last connection to her, which triggered a very strange and confused grieving process for me. From this I wrote ‘Calico,’ and I couldn’t help but feel like this song was maybe my last time with her—like the song itself was my aunt’s final resting place in my mind.”

“I’ve spent my whole life looking for answers on how to be better – emotionally, physically, mentally, spiritually, intellectually,” Fletcher said in a statement.

“I thought, ‘If I can just figure out the secret, all my problems will be solved.’ As if everyone had the fix but me. Between different relationships, doctors, healers, crystals, self-help books, medications, podcasts, you name it, I sought it out. All my value was placed externally. And though those things have guided me on my journey and led me to where I am now, the thing I was missing was right in front of me. “My own strength and love and soul has always been there, but I couldn’t see that. This song is the foundation of what’s to come: an era of healing, and feeling myself for the first time ever.” 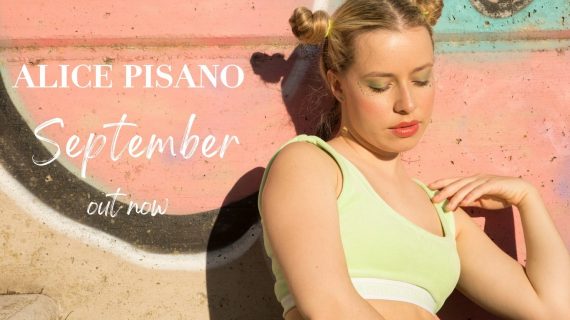 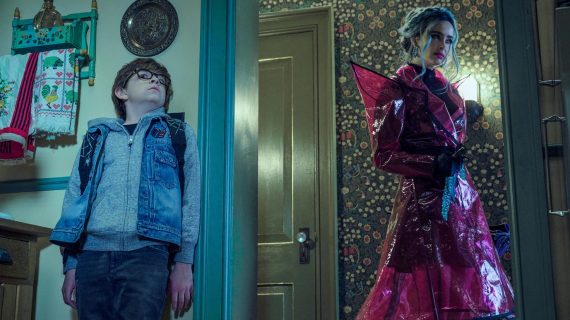