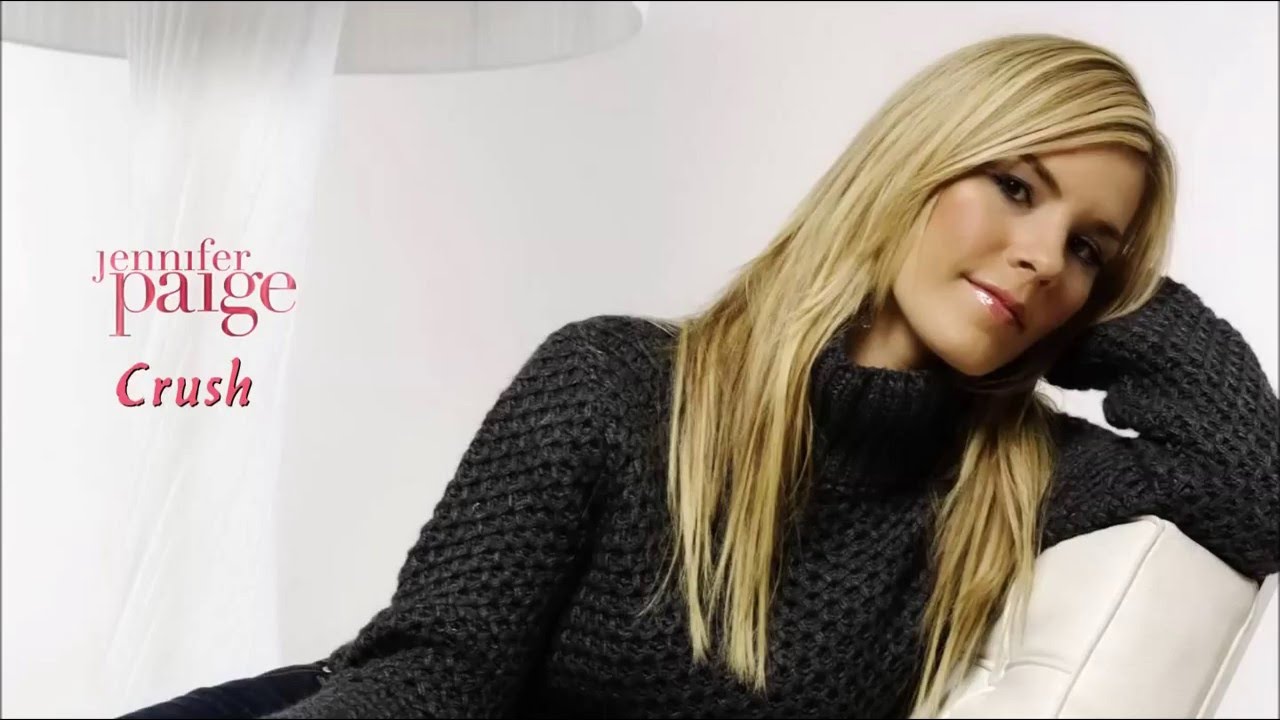 Jennifer Paige born September 3, 1973 is an American singer best known for the 1998 international pop hit “Crush”. “Crush” topped the charts in Australia, Canada, and New Zealand while peaking at number three on the US Billboard Hot 100, where it stayed for four consecutive weeks in September 1998. In the United Kingdom, “Crush” reached number four on the UK Singles Chart, and it also reached number four in France. It became a top-20 hit in at least 13 other countries, including Belgium, Germany, Ireland, the Netherlands, and Norway.  The song was written by Andy Goldmark, Mark Mueller, Berny Cosgrove and Kevin Clark. It was released as the first single from her debut album, Jennifer Paige.

Paige was born Jennifer Scoggins in Marietta, Georgia. At the age of five she began singing at local coffeehouses and restaurants with her older brother, Chance who now serves as a producer for her current music releases. At the age of 17, she toured the country with a top 40 covers act, Vivid Image, and eventually relocated to Los Angeles where she landed an internship with Mountain Dew. In August 1996, she performed in her hometown, Atlanta, in front of 50,000 people at the Olympic Games with the ten-piece covers band, Joe’s Band. The same year, Paige teamed up with producer Andy Goldmark. They began with a dance version of Aretha Franklin’s classic, “Chain of Fools”. The record instantly came to the attention of the German indie label Edel Records, whose president, Jonathan First, was searching for a fresh-faced pop act to establish overseas presence. He was so impressed by Paige’s talent that he flew to Los Angeles and gave her a recording contract.

Her debut album, Jennifer Paige, was released in August 1998, and consisted of guitar-driven mid-tempo songs such as “Questions”, “Between You and Me”, “Get to Me”, and “Just to Have You”. Critics took notice of her voice, and Billboard magazine declared that Paige a succession. The lead single, “Crush”, was a hit, and was followed by two other singles, “Sober” and “Always You”, the latter reaching #6 on the Billboard Dance Chart. In the summer of 2000, Paige recorded a new song for the soundtrack of the film Autumn in New York, called “Beautiful”.

It would be another couple of years before Jennifer would return, although unfortunately she failed to make any impact on the charts. The release of the album in the US in the week of the 9/11 attacks seemed to kill its chances of success.  Positively Somewhere her second album, was anchored by the single “These Days”, and was released in September 2001 in United States. It was not noticed until its European and Asian release in the summer of 2002, due to bad timing and a lack of promotion by her American label. A premature greatest hits would appear in 2003 entitled “Flowers: The Jennifer Paige Hits Collection” and this was a parting of the ways with her record label. An album with an indie record label would follow in 2008 entitled “Best Kept Secret’, but it remained just that.

Her career had ups and downs after that, and in the meantime, her brother went to Belmont and started a studio musician/producer career in Nashville. Their parents decided to move to Music City in 2007, and by then, Paige had a successful career in L.A. writing and singing songs and jingles for TV and movies. It wasn’t long after Jennifer experienced some terrible tragedies, losing both parents in the matter of months. In 2008, Paige’s Mom passed away from pulmonary hypertension. Two weeks later, her Dad had a heart attack and also passed.

In 2009 Paige released the album ‘Best Kept Secret’ that included a duet with Nick Carter from the Backstreetboys entitled “Beautiful Lie” which was a top 20 hit in Germany. Jennifer went on to work as a duo named Palermo and Paige releasing a couple of EPS in 2012 and 2013.

In 2010, things didn’t get much better for Paige, her parents house was washed away with the Nashville flood. In an interview she spoke of the incident and how if effected her saying, “We had sold their estate and it was the last thing left. It re-opened the wound that was trying to heal and kept me distracted again. Removing rubble, repairing floors, hiring labor men. Rebuilding.”

Then, the unthinkable happened she went to the dermatologist to check a spot on her cheek which turned out to be Melanoma cancer. She spent the year in and out of doctors and surgeons, praying for a full recovery which eventually came. Over time, Paige felt the heartache subside. She had always wanted to make a Christmas record, and ‘Holiday’ – her first independent album – was released in late 2012.  She gathered friends to play instruments and sing backgrounds, reimagining classic carols, and introducing a few new originals. She partnered with producer Jeremy Bose in early 2016 to write and lay the groundwork for ‘Starflower’, which is named for her daughter Stella Rose – Paige’s “angel baby” – who was born in 2014. The album was written and recorded quickly, intuitively, at a studio less than ten minute from where Paige lives – “I didn’t want to overthink it,” she says. “I wanted to say whatever needed to be said, and let it all come out naturally.”

Paige teamed with her fans for support to fund the album through Kickstarter. The crowd-funding process was vastly different than what she experienced in the major label world earlier in her career, where there was a separation, a mysteriousness between artist and audience. “The fans have been the one constant throughout the years,” she said. “I feel like I’ve gotten to know them well on the social networks, and they’ve been an important part of why I love doing what I do.”

The creative process also coincided with new motherhood for Paige, and she feels that the desire to find the balance of a strong family life, while pursuing big dreams, is also represented in the new songs. Paige wrote the shimmering track “Starflower” for her young daughter Stella (which means star) Rose. Loving and empowering, it celebrates her now and as the woman she’ll become – “I didn’t want to write a gushy mommy song. I wanted it to be a song for her to have when she grows up, that will grow with her.” 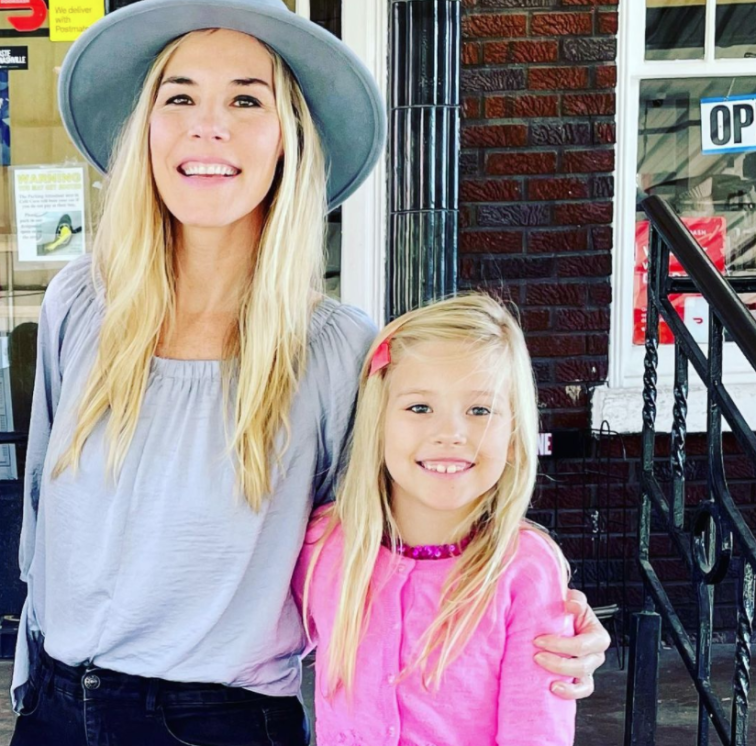 Among the things that have brought Jennifer Paige to this moment is a lifetime of loving and making music. She cites the legendary Etta James as her all-time favorite singer, and admires greats including Annie Lennox, Adele and Stevie Nicks. Others she’s listening to now include Ed Sheeran, Ellie Goulding, Tove Lo and Erik Hassle. Now days she continues to make music and continue her journey as a loving mother.

“One thing leads to another,” says Paige. “I’m continuing my story with new music.  I feel like that’s what this album is about, going deeper, being more aware. I want to take it as far as I can go, and see what it leads to next.”

Keep up to date with Jennifer Paige via her website https://www.jenniferpaige.com/ 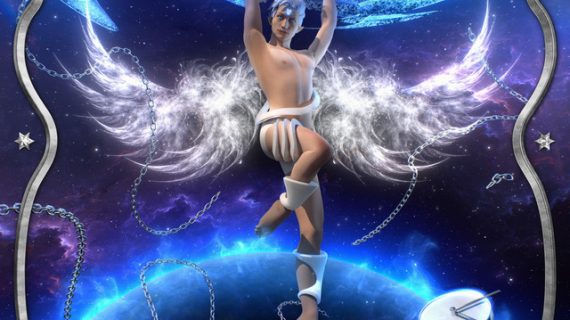 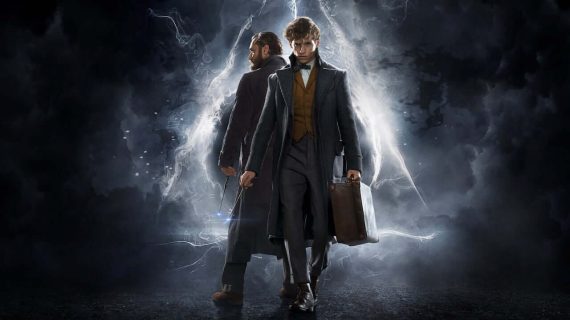