London-via-LA indie storyteller Madison Margot returns with the enchanting “If We Fall” – another chapter of her autobiographical pop, following on from the dreamy rock sounds of July’s “Heathrow”.

Warmly blending a slow-burning beat with fairytale lyricism detailing a passionate escapade, Madison’s soothing and dreamy vocals lie at the heart of this romantic diary entry. Further marked by a self-directed music video shot in Paris, the candid footage creates an intimate ambiance elevated by vintage effects for an old Hollywood atmosphere – the perfect match for the song’s starry-eyed story about the ultimate chase for true love.

Sharing her thoughts on “If We Fall”, Madison said the following: “This song is about having an intense crush on someone and wanting them to give in and fall for you. Knowing you would give them everything, but not even that is convincing enough. This song is for everyone who falls hard and loves relentlessly – even when it’s met by so much resistance. I shot the music video in Paris because it’s the city of love! I’m wandering around all alone in one of the most romantic cities in the world. You can feel the longing and the hope – it’s a video full of escape.”

Whilst always keeping personal detail at the forefront of her music, Madison’s growing discography hones in on creating a distinctively relatable experience, each of her songs acutely tapping into the inner thoughts and feelings which come with romantic experiences.

Enlisting major names like Kyle Shearer (Dua Lipa, Melanie Martinez) and Chris Jones (The Chainsmokers) to build a catalogue of pop gems, ranging from the fiery funk-pop passion of “Virgin in a Red Dress” to the calming synths of “In the Morning”, the wholly independent artist has achieved critical acclaim from the likes of EARMILK for her creations and has independently amassed an impressive 150K+ streams for her 2020 debut project The Chronicles of Lovers – all coming together to position Madison as an exciting, promising indie pop prospect.

Hey Madison welcome to OLC! For everyone out there tell us a little bit about yourself and how you decided you wanted to be a music artist?

Hello! Thank you so much for the interview. I am a singer/songwriter from Los Angeles, California currently living in the UK. I started writing songs when I was 11 years old and it has been the center of my life ever since. Music is essential to me. It is a way of survival and expression. I love it more than anything and that is why I chose to make it my career! We should do what we love, right?

Was there anyone growing up that inspired you?

My love of performance and pop music started with Britney Spears. I wanted to be just like her. The glamour of it all, the dancing, the energy! Then my love of songwriting began because of Taylor Swift. I wanted to figure out a way to combine those two elements. I wanted to write smart lyrics while still being electric and fun. That intention continues to be the biggest inspiration for my music.

So talk to me about your latest single “If We Fall”, what story inspired you to write this song?

I wrote this song about having a crush on someone. Those crushes that completely consume your life. I wrote it on piano and as I was noodling around I started to sing “I feel it coming over…” and it flowed out of me so easily. All of those intense emotions shaped themselves into verses and choruses and a bridge that I love. The bridge serves as a warning to the person I was crushing on; lyrics about regret and how he might feel one day if he doesn’t make a move. “If We Fall” is the kind of song you play when you’re laying in bed, waiting for the text that never comes.

It’s a very personal song to you, is it hard to be so open in your music or do you think it’s kind of therapeutic in a way?

The more details, the better. I love to write songs that sound like a love-letter. Even if the person it’s about never hears it, it still feels better when it’s specific. Songwriting is absolutely therapeutic because it is a moment where I don’t have to consider anyone else but me. I am allowed to talk to my piano or guitar and not worry about their judgement. I still write music about things that happened many years ago just because there might be new realizations or new things to say. Songwriting allows me to look inward and put the pieces together.

The video is quite captivating, filmed in Paris, where did you get that idea from?

Thank you so much! I have been planning a Paris music video for years. It is my favorite city in the world, so much beauty. Every corner is breathtaking! There was a song called “Unrequited Love” on my album that I wanted to initially do in Paris. But as time went on, I felt that the dreamy production and lyrics of “If We Fall” would be a great fit. It was very surreal being there and doing it.

Was it hard to shoot the video there especially with covid always lurking around?

The reason why it took years to finally film it is because of Covid! Once France opened up to everyone, I booked the trip and just went for it!

I worked with them on songs for my album The Chronicles of Lovers! That was my first big project and I was nineteen! So I was just so happy to have their talented hands on the production of those songs. One of my favorite songs, “In The Morning,” was produced by Dibs and I have a music video for it! “If We Fall” and my last release, “Heathrow,” were produced by Tone Def (Green Day, Santana). He is great to work with as well. I find producers through songs that I like! So working with people who make art that I’m a fan of is incredible.

I am so happy you asked! I wrote that title down in my journal when I was like 16 or 17 years old. I didn’t have any love experiences or songs ready for that title, but as time went on, those experiences found me. That album is a love story from start to finish. The very first word is “Hello” (Virgin in a Red Dress) and the very last word is “Goodbye” (Let Go). This was not at all intentional! So it truly was an album of songs in chronological order. From crushing on someone (Virgin in a Red Dress), to falling in love with them (Moved, In the Morning), then them hurting you and you trying to heal (2780, Empty, Unrequited Love, Like This), and then finally letting it all go (Let Go). I love this album because anyone can find a song to relate to! No matter what stage of love you’re in.

How will you be spending your festive season?

I will be spending my festive season in LA with my family! I absolutely love Christmas time. This one is extra special because I will be seeing a lot of family for the first time in two years!

I have a lot of shows being planned for 2022! I can’t wait to play these songs live! I’m going to put out a lot more songs as well. So many great things ahead! 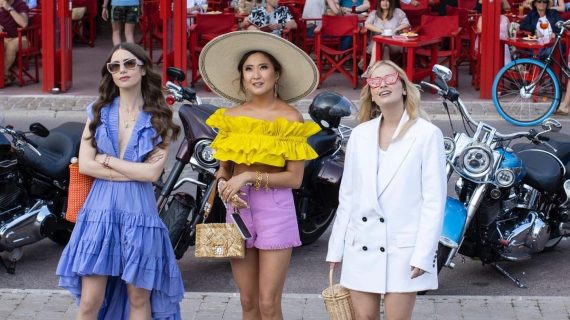 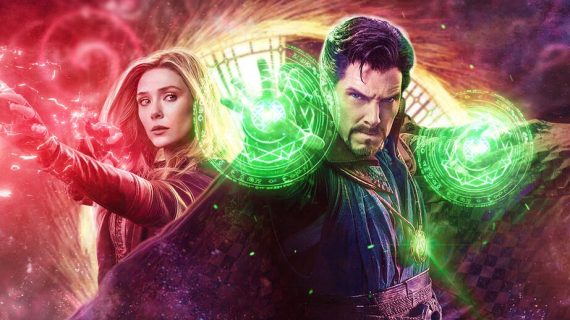