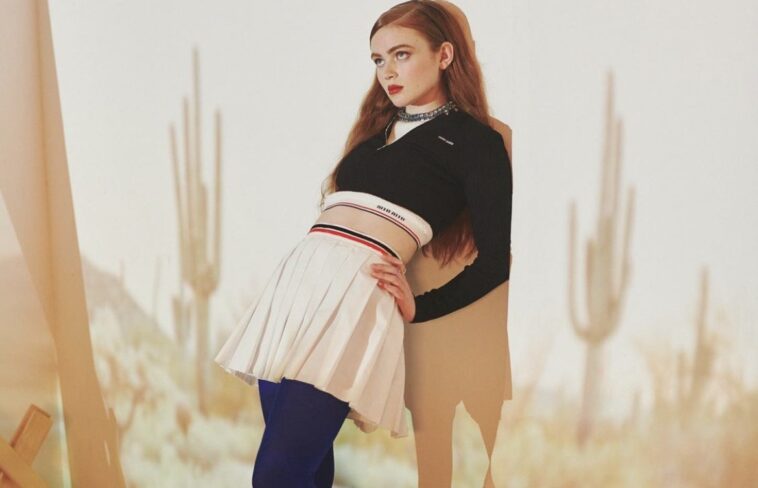 Sadie Sink has been steadily building a fanbase, since being cast as Max Mayfield in season two of the hit Netflix show Stranger Things. She has gone from a 15 year old minor celebrity, to now a major celebrity with 16.3 million Instagram followers, several major brand campaigns, and also starring in Taylor Swifts ten minute music video “All Too Well”.

Since Stranger Things Season 4 : Volume 1 debuted, Sadie Sink has gone to super fandom, and become one of the focal points of a show that broke the internet. So here’s everything you need to know about one of Hollywood’s up and comers, Sadie Sink.

Sadie was born on April 16, 2002, in Brenham, Texas. Her mother put her and her older brother – Mitchell – into acting lessons when she was 10 years old. Sadie began her career at eleven years old in the Broadway production of Annie.  Her younger sister, Jacey Sink also appeared in Stranger Things. She made her Broadway debut in the fifth grade as part of the original cast of the ‘Annie’ revival. While still starring in the play, she appeared in the Emmy-winning series The Americans as Lana. In 2015, she co-starred with Helen Mirren in The Audience on Broadway, as young Elizabeth II.

In 2017, Sadie got her breakout role as Max Mayfield in the hit Netflix series Stranger Things. Max’s personality was an instant hit with certain members of the core group of the show and as it’s gone on she’s become a crucial member of the Party. To start, Sadie Sink’s character is seen as an outsider with a strong personality who eventually garners the attention of Lucas and Dustin. She ends up discovering young love in the character Lucas. She became more critical to the series in the third season when Billy became possessed and she was forced to make tough choices about what to do about her step-brother. Now in Season 4 she has a pivotal role in the show that’s also given Kate Bush a new revitalized career.

In 2018 Sadie Sink took to the catwalk for the first time at the Paris Fashion Week. Although generally the youngest age to participate as a model is 16, Sink was 15. She has modeled for many brands including Kate Spade, Vogue, L’Officiel Paris, Chanel and Givenchy Beauty. In 2021, she scored herself another major role on Netflix, playing the main role of Christine ‘Ziggy’ Berman in The Fear Street trilogy, appearing in the second and third installments of the series, Fear Street Part Two: 1978 and Fear Street Part Three: 1666.

In June Sadie opened up to Glamour magazine but her struggles also being an actor, and what it’s like starting from such a young age.

“Growing up in this industry, you always kind of compare yourself to others,” Sadie says. “That’s when you start doubting your abilities and those were my biggest insecurities, particularly in terms of coming into my own as an actor. As you get more experience, it becomes less about the competition and thinking ‘Oh my God, am I good enough?’ and more about finding yourself and drowning out the noise that comes with being in this industry.”

To further manage her mental health, Sadie admits that she doesn’t use social media regularly. “I don’t have the Instagram app or any social media apps on my phone. I’ll download it sometimes to check-in, but I don’t really like to associate with any of the negative things on social media,” she says. “It took me a while to realize that social media probably isn’t the best place for me, but now I really don’t indulge in it much,” she added.

Next up Sadie will make her highly anticipated return to Stranger Things Season 5. She also has some movies lined up too, the first is a film called ‘Dear Zoe’. When she loses her mother, Sink’s character Tess has to move back in with her biological father (Theo Rossi) and she befriends an odd neighbor who helps her get through her struggles. 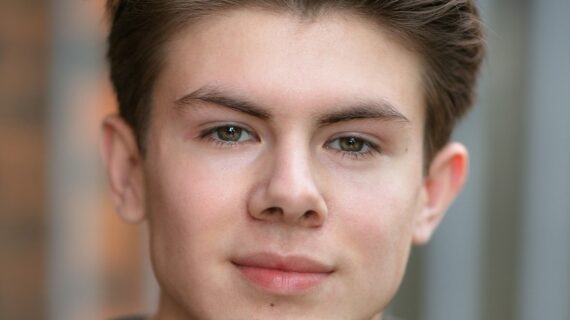