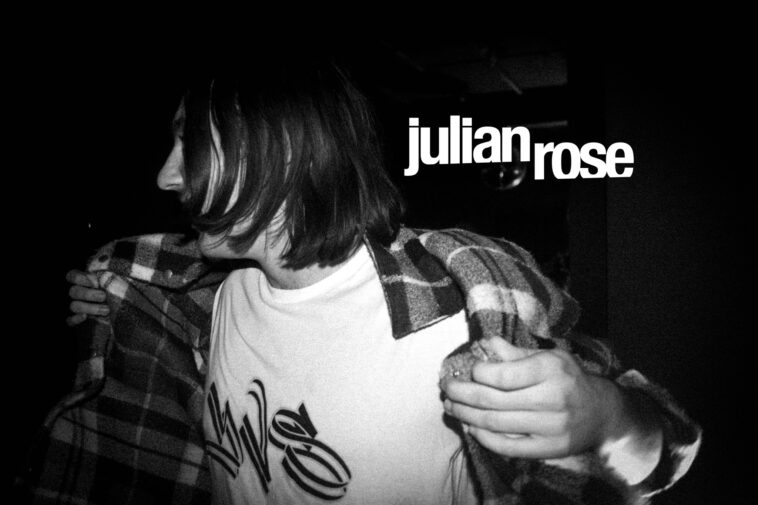 Fresh off the release of his debut EP, Los Angeles-based artist, songwriter and multi-instrumentalist Julian Rose is back with the music video for the EP’s title track, “How Deep.”

Julian broke out last month with his 3-track debut EP, ‘How Deep,’ which he made with producer extraordinaire, Bret Epic Mazur. While many know Epic from his band Crazy Town, many don’t know that Bret is not only an artist himself but also a producer who has helped develop some of the biggest names in music (Black Eyed Peas, New Edition, BBD). Speaking about his working with Julian, Bret writes, “there is something timeless and iconic about Julian Rose, something just as bright and unique as any of the mega stars I have been involved with. The kids got it.”

Seamlessly blending elements of classic rock, soul, funk, hip-hop and pop, Julian Rose makes music that is both timeless and refreshing. Despite ‘How Deep’ being his first official release, Julian has already amassed over 75K streams and press praise from the likes of PopWrapped, Melodic Magazine and The Honey Pop. Now, with the release of the “How Deep” music video, Julian’s infectious personality is given a chance to take centerstage in the self-starring music video. The video, which follows the highs and lows of a turbulent relationship, was directed by Nathan Girardand edited by Shai Harary.

Tilsen’s songs are about true love, its peaks and valleys, joy, and anguish. Tilsen’s music is strong, upbeat, and brutally honest. Her visuals have a majestic, historical feel to them, from dance halls to wide vistas.

LA based R&B dynamos Emotional Oranges make their highly anticipated return today with the reveal of summer ready new offering, Make Me Wanna. The first single from their upcoming project, The Juice Vol.3, Make Me Wanna is a stunning return to form from a duo who have amassed millions of streams and gained widespread global support on the back of their three projects released thus far, The Juice Vol.1, Vol.2 and The Juicebox.  Featuring Dante Jones of THEY. on production, the track is a pool party ready bounce, showcasing the unique chemistry of A &V  over bubbling beats. Speaking on the release, they state:

We first teased this back during the height of the pandemic and fans loved it. It took us a while to craft our next project, The Juice: Vol. III, but this felt like the appropriate appetizer. I produced the track with our boy Dante from THEY. – we were listening to a lot of early Missy & Timbaland & wanted to make something with a similar bounce. With so many “options” in today’s world, the song is about grappling with temptation but ultimately staying true to yourself.

left an indelible footprint on modern music since debuting with their hotly received first track, Motion. Since then, their music has been featured on such shows as Love Island and Gossip Girl, they’ve sold out shows tours in the US and Europe and built a passionate fan base. 2022 sees the duo reclaim independence and at their prolific best. Look out for more very soon.

LA-based garage rock band The Paranoyds announce their sophomore LP, Talk, Talk, Talk, available for pre-order now, and due out September 9 via Third Man Records. Along with the announcement, the band shares their gritty first single from the forthcoming project, “Lizzie,” with its accompanying video that turns back time to the 80’s.

The Paranoyds, who recently opened for Jack White in Los Angeles, are Southern California DIY rock royalty, unafraid and unapologetically in perpetual pursuit of a good time. Fueled by the fiery energy of their live shows paired with raw lyricism and subtle societal commentary, The Paranoyds are ready to take their artistry to new heights. The four-piece is made up of Laila Hashemi (keyboardist-vocals), Lexi Funston (guitars/vocals), Staz Lindes (bass/vocals) and David Ruiz (drums, vocals) who together masterfully blend light-hearted playfulness with sharp sincerity over fuzzy guitar, dreamy vocals and punchy, punky rock-n-roll.

In addition to today’s announcements, the band will support Jack White for three dates this September including Asheville, NC, New Orleans, LA and Shreveport, LA. Find a full list of dates below, and grab tickets via linktr.ee/theparanoyds.

The Paranoyds have caught the attention of several leading tastemakers as they continue to build on their fervent fanbase. LADYGUNN, called their music “upbeat” yet “ominous” and added the band is “edgy and cute all at once and their music reflects that youthful energy that you wish you could bottle.” Surviving The Golden Age wrote, “”…[“Girlfriend Degree’s] fuzzy guitars are reminiscent of bands like the Kinks or more modernly The Hives. Although the track is fairly mid-tempo, it still sounds urgent; it is a sign of a band who knows how to make anthems,” and that “Carnage Bargain is a huge triumph for The Paranoyds” Of their debut LP, Carnage Bargain, Bandcamp lauded, “The production…is superb, highlighting the dreamy vocals.”

Brooklyn-based alt-rocker Moon Walker shares gritty single “The Price of Life Itself,” a track that beneath reverberated vocals and grainy electric guitar wrestles with the deeply flawed structures that lay at the foundation of American society. The sophomore album from Moon Walker, The Attack Of Mirrors, is due out October 21, 2022 and available for pre-order now, including a limited run on vinyl available for pre-order here.

“The Price of Life Itself” sheds light on the institutional failures and the racial injustices that plague all facets of American society. Moon Walker says the track is lyrically one of his proudest moments, written in the midst of Black Lives Matter protests of 2020, upon seeing a militarized police response to an entirely peaceful protest with his own eyes. Moon Walker explains, “It was a moment where I really realized how much my sense of safety, freedom and protection was a facade. Our country’s institutions are all so deeply broken and flawed, that not only do none of them actually accomplish what they set out to, they likely have the opposite effect. The entire ethos of the song can be summarized in one of the final lyrics: “We can stay above the water, while still lending a hand to those who sink.” That is the price of life itself.”

GRAMMY® Award-winning, multi-platinum certified pop singer-songwriter Daya has shared “Love You When You’re Gone,” available now via Sandlot/AWAL at all DSPs and streaming services. The heartbreaking new track is joined by an official music video streaming now at YouTube.

Produced by The Gifted (Tate McRae, Kygo), “Love You When You’re Gone” marks the first single from Daya’s eagerly anticipated new EP, due later this year. Sensual and atmospheric yet still playfully groove-intensive, the track details the fascinating duality of missing someone when they’re out of your life yet being uncertain whether you miss the actual person or merely the comfort of their presence. Seeing the person again after so much time, Daya comes to terms with the tiny details that remind her why things didn’t work out.

‘’Love You When You’re Gone’ was written in a period of time when I was experiencing overwhelming feelings of loneliness and nostalgia,” says Daya about today’s release. “I found myself romanticizing a past relationship in a way that was almost willfully forgetting the reality of why it didn’t work out in the end. I realized part of the reason I was holding on to the relationship for so long was because I was scared to face who I’d be and what my life would be like without it, and so it’s about trying to let all that go and give myself the space and freedom to grow on my own.”

Glimmering with youthful promise, jangling percussion and an amalgam of heady funk influences, “All Over” arrives as an idiosyncratic introduction to to Vacant Weekend — the creative outlet of three friends who bonded over a shared love of dry ‘70s funk, 00s- indie-rock and milk chews.

With rhythmic funk-laden grooves, steady drum-beats and danceable retro bassline, the track deftly blends clean indie vocals with scintillating instrumentals and a crystal-clear approach to production. Capturing the band’s genre-hopping nature and impeccable, out-of-the-box approach to musicianship, the result is a shimmering sound well-beyond their years.

With a unique take on music-making that’s hard to pin down, the track combines the low-slung rhythms and jazz-tinged instrumentation of Tom Misch with the live-ready summer anthem sensibilities of the likes of Two Door Cinema Club, and lands just in time for the revelry of festival season.

Of the infectious first track, the trio explain:

“‘All Over’ is our debut single as Vacant Weekend… The track is the result of us jamming after a set in Shap in December 2020. It’s full of punchy, get up and dance energy, paired with catchy hooks from our lead singer Alex Beston.”

London based newcomer Ray Laurél continues to grow the gathering buzz around his name with the reveal of third single, Coconut Perfume. Fresh from opening for Jeshi and recently collaborating with Gglum, Ray is moving towards the release of his debut EP with stunning new offering, ‘Coconut Perfume’. Showcasing Ray’s vocals over intricate production, it’s another look into a very exciting talent. On the track, Ray explains:

“I romanticize my life on a daily basis, it’s fun but pretty tiring haha, with this song I’m simply romanticizing a ‘perfect date’. drinking wine listening to Stevie Wonder under the sun, surrounded by nature. I remember having a crush on this girl who always wore coconut perfume in back high school, it just reminds me of summer.”

Hailing from his bedroom in London, Ray Laurél is a British Asian Singer-Songwriter and Producer. Through personal lyrics with almost psychedelic productions, Ray tackles the heteronormative structure with queer, genre-bending anthems. Look out for more from him very soon.

Fresh off an entrancing set at Bonnaroo, flipturn today releases the official music video for “Whales.” The latest single from their upcoming debut album Shadowglow, “Whales” holds a magnifying glass over the effects of seemingly insurmountable pressure. After amassing over 50 million streams on Spotify alone from previous EPs and singles, the band’s debut album will be released in its entirety on August 19. Stream the official video for “Whales” HERE.

Directed and edited by longtime collaborator Amanda Laferriere, the video for “Whales” incorporates the motif of dark versus light which appears across much of Shadowglow. Shot in black and white, the band performs in an isolated room – perhaps the most intimately one can experience a flipturn performance without the roar of fanfare – like at their recent performances at Bonnaroo, Shaky Knees, Hangout, SunFest, and countless headline shows. Clean and understated, this video keeps things direct, while conveying the weight of the song’s subject matter. 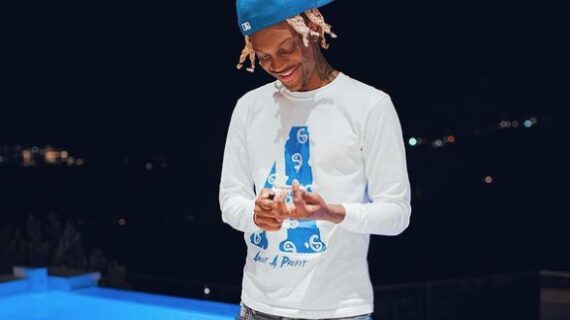 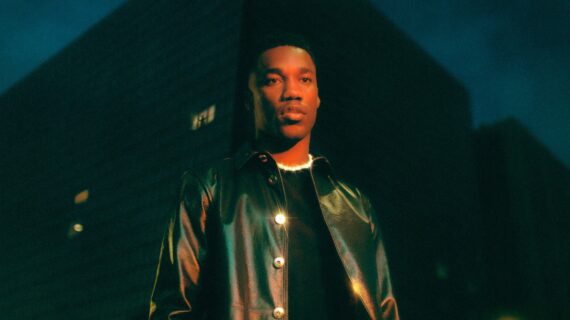