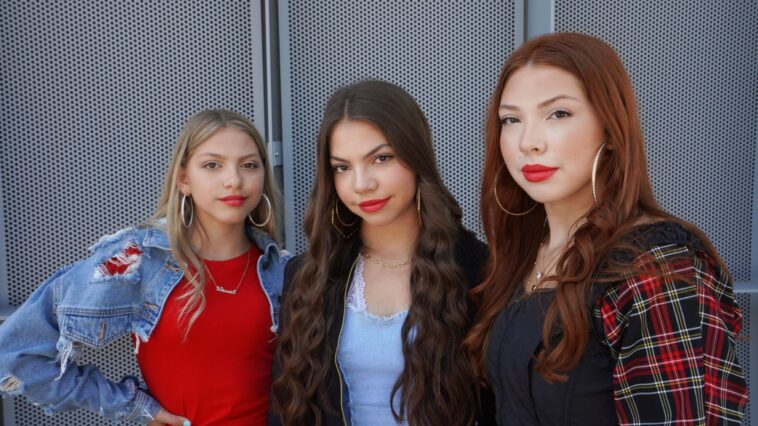 Dubbed as a female Hanson 20 years later with the performance skills of Blackpink, this Gen-Z singer-songwriter trio of Latin descent will leave their catchy hooks and smooth harmonies stuck in your head and wanting more. Gabriella, Raena, and Amalia, collectively known as ‘Triple Charm’, have collaborated with well-known songwriter Heather J. Miley, who has worked with renowned stars including Selena Gomez and Kelly Clarkson.

Channeling the iconic pop groups that once put Orlando, FL on the music map, the dynamic trio has exploded onto the social media scene by amassing over 2 million fans in the last 6 months with their impressive singing videos, dance moves and iconic fashion. Their viral Instagram Reels and Youtube shorts have gained massive attention with millions of views, showcasing their artistry, captivating their personalities and sisterly bond.

As the girls would say, “We’re 3 sisters just doing what we love.” Their music is sure to leave you happy, inspired, and ready to get up on your feet! Their most recent pop single “Summer Again” serves as the perfect summer melody to blast on replay!

Hi girls and welcome to OLC! For everyone out there can you introduce yourselves and tell us a bit about you?

Hey everyone, we’re Triple Charm! Three sisters, Amalia, Raena and Gabriella, just doing what we love! We grew up on stage, performing together, and in 2018 we officially formed our group. Ever since then we have been writing music and building our social media. We currently have over 2 million followers on social media and just released our new single ‘Summer Again,’ which is out now on all streaming platforms!

So how did each of you get into music, and was there anyone in particular who inspired you?

Raena: Music has been a huge part of our lives since a very young age, even before we started singing. We all began dancing in the studio around age 2, which is where our love for music formed. Amalia started singing around age six and doing professional local theater. She was the pioneer of the group, and who initially inspired me and Gabriella to start. We would go to her singing competitions and listen to her do vocal warm-ups in the car. So eventually her love for singing rubbed off on us and Gabriella and I decided it was finally time to join in on the fun!

Why did you decide to form Triple Charm and how did the name for the group come about?

We originally formed Triple Charm back in 2018 to compete at the World Championship of Performing Arts and represent team USA. We had a different group name at the time, but it just wasn’t right, so we needed to come up with a new one for the competition. This was when we came up with the name, Triple Charm. We first started with Triple, because there are three of us, and then came up with Charm, because we consider each other our good luck charms. No one can remember which one of us came up with it but, once we heard it, we knew it was the perfect name!

Where did you learn to dance and on top of singing was that something you all wanted to learn?

Our aunt was a competitive dancer, so we wanted to follow in her footsteps. Once we were old enough, we signed up for dance classes, and fell in love with it. The three of us competed together for over 10 years, and it’s where our love for performing initially began.

Let’s talk about your latest single ‘Summer Again’, can you tell me a bit about it and what inspired this song?

Summer again is the perfect song to listen to on the car ride to the beach, when you’re hanging out by the pool, or when you’re missing that warm summer feeling. We wrote this song right at the end of the school year when we were just itching to get out and make some fun summer memories. We were super inspired by the 90s for this single. Our goal was to capture the nostalgia of summer and the 90s vibe is what we thought of right away. Essentially, “Summer Again” is the essence of summer bottled up into a song and we hope you love it!

How did the concept for the video come about?

The concept for the music video came to us as we were writing the song. We use a lot of imagery in the verses, so the lyrics were basically an outline for the visuals. The intro of the song is a recording of us getting into the car, on our way to the beach. So, we wanted the music video to take you on that journey. We also wanted to bring in some 90s elements with the scenes in the house, to tie in the feel of the track. We directed, edited, and produced the video ourselves, which was a blast!

You have a new single on its way Sept. 16th called ‘Don’t Need A Reason’, tell me a bit about that song and what your fans can expect?

“Don’t Need A Reason,” is our upcoming Latin-inspired single, in celebration of Hispanic Heritage month. We really wanted to write something to honor our roots and connect with our Hispanic culture. The single is all about dance. In Hispanic culture, and many others, dance plays a big role in bringing people together. Dance has played a major role in our lives and is something that has connected us to our culture, so we wanted to celebrate that! This is the first ever bilingual song we’ve written, and we hope you love it! It will be sure to make you want to get up and move your feet!

What future goals do you have for your group?

We have so many goals we hope to achieve one day! We would love to go on tour, have our TV show, create our own clothing line, and so much more. This is just the beginning for us, and we can’t wait to see what the future brings.

Do you support any charities? And if so, why did you decide to get into philanthropy work?

There are so many amazing charities we would love to work with! From when we first started Triple Charm, our goal has always been to spread positivity. Female empowerment and gender equality has been a big focus for us and is something we hold close. There are so many charities like the Girls Opportunity Alliance that we hope to work with one day!

You have a huge number of followers on YouTube, Instagram, TikTok….what advice can you give to people hoping to build their social media following?

To anyone that is trying to build their social media following, the main piece of advice we could give is to have FUN! The most important thing is that you enjoy what you do and are creating something you love. Also, staying consistent and interacting with your audience is something we’ve found really helpful!

Can we see an EP from Triple Charm sometime soon?

Make sure you are on the lookout for our new single, “Don’t Need a Reason” coming this September, and other music on the way! For the rest of 2022, we are planning to keep writing and releasing new music and creating content like always for our social media! 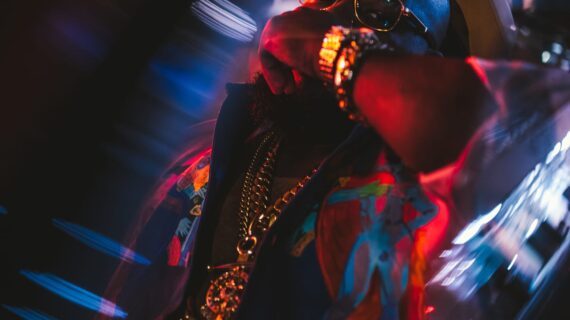